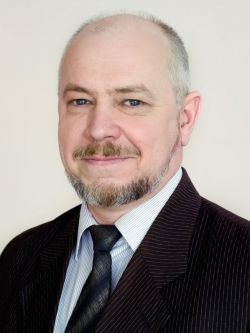 In its Resolution No. 16067 dated March 15, 2012, the Presidium of the SAC confirmed that it was lawful to recover from the tax authorities expenses of almost 3 million rubles on the taxpayer's representatives involved in its defense.

Facts of the Case

The taxpayer was Aelita Software Corporation, which was defended by Pepeliaev Group in courts of three levels. When the dispute was over (the overpayment in the dispute was more than 24 million rubles), the taxpayer applied to the arbitration court to recover from the tax authority court costs of 2,889,302 rubles spent on legal representation.

In the first instance, the court upheld the taxpayer's application in full. The appeal court reduced the award to 100,000 rubles, and the cassation court agreed with the appeal court.

The Presidium of the SAC upheld the first court's ruling and set aside the decisions of the appeal and cassation courts.

Conclusions of the SAC

1. The amount up to which the court reduces the court costs claimed by the taxpayer may not be established arbitrarily. The court decision must contain an explanation of the amount that the court considered reasonable, while the case file must contain calculations and other evidence in support of the court's conclusions.

This sends a message to lower courts that they should be as objective as possible in determining the amounts awarded, and that it should be easy for higher courts to review and evaluate their explanations.

2. The losing party, and not the court itself on its own initiative, must present the court with evidence, calculations and justification that the costs are not reasonable. This follows from the adversarial nature of the litigation process in the state arbitration courts.

The SAC was not embarrassed by the large nature of the amount recovered (almost 3 million rubles), which may mean that there will be a clarification of the Court's legal position set out in Information Letter No. 121 of the Presidium of the SAC dated 5 December 2007: Even when the amount of court costs is significant, a court may not consider that it is clearly excessive and release the tax authority from the burden of proving that it is excessive.

3. The SAC also set out new evidential and legal guidelines to establish whether court costs recovered are reasonable (not excessive). These guidelines contain information about prices for similar legal costs of other similar law firms. In addition, the choice of service provider (and, accordingly, the cost of services provided) should be assessed by the court taking due account of the nature and complexity of the dispute, and moreover, "not from the court's position but from the position of the party incurring the expenses without being certain of the outcome of the case."

The SAC is making it more difficult for the tax authorities to refute that the taxpayer's costs are reasonable: Costs must be shown to meet not only the criteria of reliability and lawfulness, but also relevance. Inspectorates will have to prove to the courts that the amount of court costs regarded by the former as reasonable corresponds to price levels on the market among similar service providers. Such a similarity should be assessed according to criteria that are material for the client and not just the court. Factors include the level of reputation, prominence, transparency and service quality.

In the case in question, the tax inspectorate agreed that there was no uniform case law in terms of the substance of the main dispute. This is a factor that makes a dispute complex in nature, and thus professional legal assistance is required. Therefore, the Resolution may lead to a large number of tax disputes that are not so complex from a legal standpoint being resolved out of court. There could also be some increase in the average amount of court costs recovered.

To ensure that costs are recovered as fully as possible, companies must be ready to explain to the court why they have chosen their legal representative from among similar candidates, as well as ensure that how the costs are made up is as transparent as possible.