Contribute Today
By Vladimir Lupenko
May 21, 2012 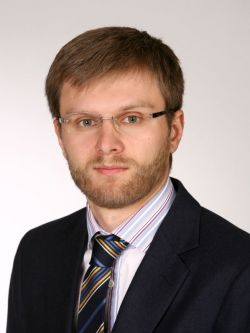 Scartel (better known to the consumer under the brand name Yota) is the only Russian company that boasts the frequency LTE (4G), and today one of the most desirable pieces on the telecommunications market. The future of this industry depends on how quickly the company is swooped up and taken under the wing of one of the big three operators.

The structures of Alisher Usmanov, and above all, the company Garsdale Services Investment Limited, are part of the same structure with MegaFon. Not too long ago, it was announced that the two companies had already initiated the process for the acquisition of Scartel. However, regulators have not yet approved such a transfer of control over the company that holds the license to the "cherished" frequencies. This is because in the event of a merger MegaFon will gain access to the LTE networks, and Scartel — the funding and existing infrastructure. This would result in the emergence of a monopolist in the Russian telecommunications market, which would also have the incomparable advantage of timing, since other companies have to wait for the allocation of frequencies to operators for 4G communication, which the Defense Ministry reserved for Osnova Telecom.

Last year the State Commission for Radio Frequencies (SCRF) suggested that Roskomnadzor hold a competition before February 1, 2012 to obtain licenses for the provision of services within the RF bandwidth of 791-862 MHz, but we have only now become aware of the conditions of this competition. This is precisely why the battle for the assets of Scartel as the only functioning source of 4G has triggered increased activity in the telecommunications market. As a result, Alisher Usmanov and Russian Technologies may enter into a strategic alliance, combining the assets of MegaFon and Rostelecom in Scartel.

A similar initiative ended in a fiasco last year. Yota was supposed to be the basis for the establishment of an LTE consortium of all operators of the "Big Three," Rostelecom and Russian Technologies with equal shares of 20 percent. Yet, despite the company's announcement of an agreement, the agreement was never signed. The "stumbling block" was the price $1.5 billion set for the purchase of Scartel. Realistically, it is quite difficult to estimate the true value of the company: 75 percent of Yota is owned by the fund Telconet Capital, and another 25 percent by the state corporation Russian Technologies. Independent experts also find it difficult to provide an exact cost for Yota today. The company has a debt, but the amount of this debt is unknown. If we take the previous estimate of $1.5 billion, Usmanov could ask for 75 percent (that's $1.125 billion).

If the deal does take place, MegaFon can gain the upper hand in the market of communications and wireless Internet in Russia. But to bring such a forecast to fruition, the ownership structure of the company must be changed to include an "effective owner," who will be able to force things and take advantage of the situation.

Against this background, the idea of an IPO looks especially interesting as an alternative means for Usmanov to acquire 25.1 percent of MegaFon's shares from the structures of Friedman. And the price of the deal could very well amount to $5 billion, which would allow Usmanov to increase his stake in MegaFon to 56.2 percent from the current 31.1 percent. The sale of such a large stake may be the first step in a series of transactions aimed at making MegaFon the leader in providing services of a new generation — 4G.

It is highly likely that Friedman and TeliaSonera, which owns 43.8 percent of shares of MegaFon, will be interested in selling, because up until now, the mobile operator refrained from paying out dividends, and given the high level of costs of deploying 4G networks, the sale may be the only source of money for investment.

It should be noted that MegaFon has already begun to provide services in 4G networks in Moscow. Currently, MegaFon has more than one thousand 4G base stations in capital. By the end of the year, that number will climb to three thousand. According to forecasts by the company's representatives, the number of subscribers in the operator's metropolitan 4G network will reach fifty thousand by the end of 2012.

In addition, MegaFon plans to provide 4G service in all major cities of the Moscow region by the end of 2012. In the second half of this year, the operator plans to launch the 4G service in Ufa, Samara, St. Petersburg, Vladivostok, Kostroma, and another 20 cities across Russia. With this in mind, there is a high probability that the subscriber base of the fourth-generation network of MegaFon will gain up to 100-150 thousand users by the end of the year.

Obviously, when it comes to the realization of these forecasts, the other operators that comprise the "Big Three" are unlikely to be able to bridge the gap in the provision of services in 4G networks with MegaFon. In fact, if a transaction to combine the assets of Scartel and the mobile operator is approved by the Federal Anti-Monopoly Service, a communications giant will emerge in the Russian market that will shape the terms of the 4G market. Further down the line, in the development of 5G networks, this gap may be preserved, which would seriously undermine the position of other players.