Contribute Today
By Boris Bobrovnikov
May 21, 2012 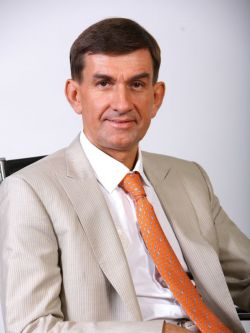 The adoption of outsourcing in all its forms, including on-demand resource provision, remains limited in Russia despite its advantages. I believe that the reason behind this is the traditionalist mindset of IT managers, who are used to having ownership over the IT infrastructure. However, even superficial economic analysis shows that this situation is changing and that the number of outsourcing projects will increase significantly in the near future.

This paradigm shift is very simple to explain. Before the crisis, many companies expected permanent economic growth and actively invested in their infrastructures, and this mindset is still common. However, it is important that there is no postponement in the carrying out of IT projects because any company that lags behind in adopting new technologies risks losing its competitiveness during the next economic turn. The problem is that this country does not (and most probably will not) have as much money as it enjoyed before the crisis. Therefore, chief information officers (CIOs) will have to find alternative methods to handle hardware deterioration. I see only one answer to this complex issue: outsourcing.

In practice, any IT function can now be outsourced. For instance, a large Russian bank recently wrote off its books the IT unit within a week and outsourced it to us. Everyone benefited: CROC increased its number of employees by a few dozen people, and the customer continues to receive the usual level of service without having to deal with system depreciation, social payments (which have increased since 2011) and IT staff management in general. Another example is British American Tobacco, for which CROC has been providing technical support outsourcing services for over five years in 16 different areas: from server administration to end-user desktop system and specialized marketing IT systems support.

Sometimes, even core business functions are outsourced to a systems integrator. Indeed, this happened earlier this year when a large retailer with an extensive regional chain contacted us to create an electronic archive of accounting records. After cost estimation of infrastructure deployment, including storage systems, scanning and character recognition systems and infrastructure solutions, the customer decided to outsource the entire business process. We are currently completing a pilot project that includes catalogue creation and the digitalization of tons of documents and will soon begin to provide access to them via a web portal as a cloud service.

I strongly believe that cloud computing is the future of all outsourcing because it provides customers with exactly the level of resources that they require at any moment in time and, most importantly, ensures that they do not have to pay for excess capacity. You can opt to create a call center and make a one-time payment to cover its full cost, thus increasing capital expenditures, and still be faced with the need for upgrading the center in two or three years. Alternatively, you can use the resources of an outsourcing company, which will provide access to a segment of its cloud in accordance with current requirements. The time factor must also be considered since any physical implementation will involve a complete work cycle: tendering, procurement of equipment, design, physical deployment, pre-commissioning, etc. This means that the customer will not be able to have a video conferencing system in place quickly. However, if outsourcing, the whole process will only take 10 to 15 days.

We are slowly but surely taking the path seen in Europe, where systems integrators typically provide IT infrastructure outsourcing services to customers. The only issue is the degree of trust, which cannot be built up in just one day, especially with regard to solutions and services that have only appeared recently, such as clouds. That is why, when launching our cloud platform two years ago, we offered customers the option of testing it for free. Today, our cloud is used by about 100 companies, and each quarter this number increases by one-third. And I believe that it will only get better.

The war in Ukraine has disrupted supplies of fertilizer, wheat, and other commodities from both Russia and Ukraine.