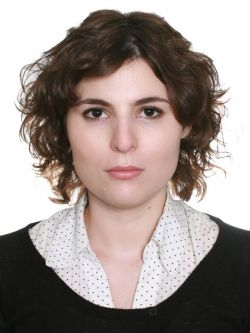 For the past decade, Internet Protocol protection has remained a perpetual brainteaser for IP owners and their lawyers all over the world. Further complicating matters, neither courts, law enforcement agencies nor even lawmakers have elaborated a uniform approach to the matter.

The 2009 Pirate Bay verdict shook the entire IP community. Before the verdict, the generally accepted comprehension of who may be liable for "wrong" file-placing was solely the person doing the uploading. As of 2009, administrators of file-sharing and file-hosting websites may be held criminally liable. Regarding recent European court decisions, the European Court of Justice (ECJ), the EU's highest court, overturned a Belgian national court's ruling binding Internet service providers (ISPs) to keep watch over users' private data. The ECJ decided that the ruling failed to comply with essential principles, including the right to protect personal data and the freedom to receive or impart information.The ECJ's ruling on April 19, 2012, however, stated quite the contrary. The judge compelled ISPs to communicate personal data to private persons in civil proceedings.

On April 20, 2012, the Regional Court of Hamburg ruled that YouTube has a fundamental responsibility for the content users upload to it. Now YouTube is obliged to implement reasonably sufficient measures to protect IP rights and cannot shift this obligation to IP owners.

Russian courts have also taken initial steps in establishing a fair balance between the right to intellectual property and freedom to conduct business and private life and personal data protection. In 2010, the first court ruling on bringing ISPs to civil responsibility appeared.

The Supreme Commerce Court of the Russian Federation decided last year that ISPs may be recognized as responsible and financially liable for damages caused by users' illegal content. For this purpose, courts shall appraise the following criteria: awareness of an ISP about the infringement, the extent of an ISP's involvement, as well as an ISP's actions on deleting and banning illegal content and relevant users. If an ISP had a chance to be aware of the infringement, including getting information from the media, the ISP's awareness of illegal contents shall be presumed.

Once an ISP is presumed/proven to be aware of illegal contents, a court shall appraise whether within a reasonable time period the ISP had undertaken necessary and sufficient measures to stop violations and to prevent them further. A judge may pronounce an ISP liable also in case of its display in respect to safeguarding the public from illegal contents.

Courts may take into consideration the extent of accessibility of illegal content for users and possible profit of its placement for an ISP. For example, the YouTube case ruling recognized that YouTube was profiting from illegal content, since advertising was covering more users. On the contrary, a Vkontakte case ruling considered such logic to be strained.

Currently, we can generalize the existing court practice that an IP owner has substantial chances to win a trial if case materials prove that (1) an ISP was warned (or had the possibility to learn) about IP infringement, (2) an ISP had tools to at least stop the infringement, (3) an ISP refused to collaborate with an IP owner or acted passively, (4) an ISP might gain from illegal contents.

Russian courts also determine that ISPs' endeavors to convince judges of their uncertainty if an IP owner (its representative) was entitled to protect rights shall not be reckoned with, since ISPs' fail to prove that they have undertaken sufficient measures to clear the matter.

To resume, generally both Russian and European courts share the common standpoint: ISPs are not directly responsible for uploaded material. But they need to do more and to operate actively in order to stop violations and prevent further ones in the future. Otherwise, ISPs can be financially liable before IP owners.