Contribute Today
By Sergey Pepeliaev
May 14, 2012 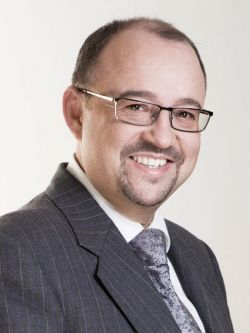 On March 15, 2012, the Presidium of the Russian Supreme Arbitration Court (SAC) heard the Aelita Software Corporation case, in which the corporation, having won a case against the tax authorities, sought to recover 2.89 million rubles from those authorities in legal costs for its representatives' fees. The appeal and cassation courts refused to grant an award for the costs in full, restricting the amount to 100,000 rubles. The same line of authority had developed in similar court decisions — the courts limited the amount of costs to be recovered to one twentieth or thirtieth of the actual amount. However, the Presidium of the SAC on March 15 set a precedent, awarding the taxpayer its costs in full.

This decision will become a precedent that benefits the whole business community. A person involved in business will be more eager to go to court to challenge the claims of state executive authorities than to solve the issues using corrupt methods. State authorities that are in the wrong will finally have to reimburse significant amounts. The attorneys who are interested in the development of case law with regard to recovering litigation costs in full are those who will not accept bribery as a tool of judicial practice and will never become intermediaries in corruption between a party in a case and a judge. The fact that the costs of the services of such lawyers may be recovered makes their services more attractive, and will therefore help them develop their practices and help the legal business to develop as a whole.

The SAC's resolution on March 15 in the Aelita Software case takes forward several important aspects of the legal system.

An urgent task for improving the quality of state management, including improving the work of civil servants and reducing the level of corruption, will not be resolved effectively only by a transformation within the state apparatus. Citizens and business people have a real interest in improving the work of the state apparatus, but they need to be encouraged to take action by allowing them to achieve results through legal means rather than with the help of corruption and similar methods.

The ability to recover court costs and make searching for the truth cheaper is one such way to encourage them. Persons who have been wronged must be able to protect their rights irrespective of their financial position. Allowing their court costs to be compensated helps achieve this.

In practice, it is clear that when an official infringes the rights and interests of individuals and entrepreneurs, all that happens in most cases is a rebuke from a superior and a warning as to their future conduct.

However, when the infringement entails other expenses for the state budget (significant amounts of court costs being recovered), an infringement genuinely becomes intolerable and leads to changes, sometimes major, which aim to eliminate the reasons for conflicts arising.

A further stimulus has been drawn from the development of the practice of the out-of-court settlement of disputes and mediation. Even the short history of the mandatory appealing of the decisions of tax inspectorates to a higher tax authority has shown that such appeals have ceased to be a formality when the system started to suffer noticeable levels of loss through a superficial, non-business approach. Accordingly, the increased effectiveness of cases being examined administratively led to a significant reduction in the number of cases going to court, reducing the burden on judges.

Recovering the full amount of litigation costs will also allow good-faith legal practices to develop. The attorneys who are interested in the development of case law with regard to recovering litigation costs are those who will not accept bribery as a tool of judicial practice, and will never become intermediaries in corruption between a party in a case and a judge.

For this category of representative to be successful in a case, they must expend the maximum effort on devising a legal position, studying legislation and case law, and gathering and analyzing evidence. Not being fully sure of the way the case will unfold, conscientious attorneys prefer to try "too hard" than to miss something, not do enough or not think something through. Of course, this has an impact on what they spend on preparation and on the fees for their services.

There has been a fairly sharp change in recent case law with regard to this issue: from 17,000 rubles in 2008 to 1.5 million rubles in 2009. This increase of almost one hundred times is not linked just to inflation, an increase in the actual cost of law firms' services, or fees emerging from the shade, but to the change in judicial approaches to the sole legal criterion for reducing the amount of legal costs incurred: the reasonable limit of such costs. The SAC's panel indicated in its ruling that the court may not reduce court costs arbitrarily; the court must have regard to such factors as the complexity of the case and the fees that have developed on the market for legal services not only from the standpoint of the court, but also from the standpoint of a party incurring those expenses when unsure of the outcome of the case.

If expenses on lawyers' fees may be recovered, this makes it more attractive to use their services and, as a result, enables their practices to develop. On the other hand, if the amounts of court costs that may be recovered are reduced without justification, this weakens the economic position of these champions of the battle against corruption.

In addition, the practice of consistently reducing for no reason the amounts of costs that may be recovered discredits legal representatives in the eyes of their clients. As a result, a number of major law firms have been obliged completely to reject the practice of recovering court costs, since they have evaluated the reputational risks involved in having the bulk of their fees held to be "unreasonable" for being too high and thus unacceptable.

Judges who from case to case make unjustified reductions in court costs simply do not seem to think about the problem in terms of civilization, instead remaining a hostage of their narrow-minded impressions of today's legal market.

Nor can the hypothesis be ruled out that one of them will hint to an attorney that it needs to change the model for their dealings. Corruption is encountered in the courts as well as in the tax authorities.

Similar "liberties" may only be excluded or restricted by procedural legislation that is worked through in detail and pulls together the widely diverging judgments regarding what constitute or may be defined as "reasonable expenses." For now, with there being no such high-quality legislation, precedents set by the higher courts will continue to be of great importance.