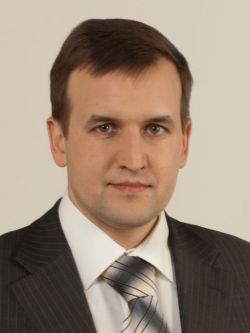 Anti-monopoly legislation in CIS countries has been changing over recent years. Depending on the level of development of anti-monopoly regulation, there are two ways that changes may take place: either on an individual basis, with exact legal propositions being changed, or a whole range of legal acts are accompanied at once by reviewing approaches to various definitions and institutions, including the prevention of violations of anti-monopoly legislation.

The existence of effectively functioning institutions is extremely important both for anti-monopoly authorities and for businesses that these regulations are intended for.

In the broad sense, such institutions and mechanisms — which include the issuance of structural and behavioral requirements for economic concentration transactions, preliminary approval of agreements, development and implementation of different types of competition in certain sectors of the economy, adoption of rules by businesses for access to specific services or infrastructure, etc. — have already been implemented in many CIS countries.

In the narrow sense, preventing anti-monopoly violations should apply to exact businesses that have committed them in certain situations. However, imposing significant financial measures on the businesses for such violations does not always achieve the desired goal: to restore competition.

For this reason, several CIS countries have warning institutions and mechanisms aimed at preventing the violations. These institutions greatly reduce the time between detecting a violation and restoring competitive conditions, and as a result reduce the burden on authorities and courts. An important aspect of this system is lowering state and business expenses in administrative and judicial proceedings. Anti-monopoly authorities can therefore focus their attention on more considerable violations, and the businesses to which anti-monopoly laws have been applied may face a significant reducing in sanctions or even avoid them.

For example, in Ukraine such a mechanism (called "recommendation") has existed for a long time and is actively used by anti-monopoly authorities. The procedure for issuing recommendations is directly stated in the acts and can be applied to businesses, public authorities and local governments.

In Belarus, the situation is somewhat different because the warning mechanism (sending warning letters) is fixed at the level of Resolution No. 60 of the Belarussian Economic Ministry, dated April 17, 2006. The law is not worked out in details; nevertheless, it applies to public authorities, entities and officials.

Such a mechanism also exists in Russian legislation: the "Act on Protection of Competition" (hereinafter — the Act). As a part of the third anti-monopoly package, the Federal Anti-Monopoly Service and its local bodies were supplemented with the possibility of sending businesses written warnings to prevent certain actions or inactions that violate anti-monopoly laws. In comparison with Ukraine and Belarus, this measure can be applied only to those businesses that are in a dominant market position, and only if their actions or inactions impose unfavorable contract conditions to the counterparty or if refusal or avoidance of a contract is economically and technologically unjustified (Points 3 and 5 of Part 1 of Article 10 of the Act). In case of violation of other points, specified in Part 1 of Article 10 of the Law, the warning cannot be sent.

A minimum of 10 days is given to the businesses to implement actions aimed at preventing anti-monopoly violations and their effects, as well as eliminating causes of such violations. Of course, businesses affected by such rulings may not agree with the requirements of the anti-monopoly body. They may find them unfounded and not obey them and choose the way of challenging the decision with no apparent outcome for claimant. But there is the other option for the businesses: They have the right to rectify the breach voluntarily with minimal possible economic losses.

In this regard, it is important to point out that Article 39.1 of the Act contains a provision that  does not allow bringing an action against a party violated anti-monopoly legislation if the warning has been executed. If the warning has been fulfilled, an individual is not the subject to administrative liability. Only in a case of failing to comply with the warning during specified period do anti-monopoly authorities have the right to bring an action against a violated party on grounds of violation of Points 3 and 5 of Article 10 of the Act.

As a result, it is possible to predict a significant reduction in the number of cases brought by anti-monopoly authorities regarding market-dominant businesses, as cases concerning the imposition of unfavorable market conditions or unjustified refusal to conclude a contract is about a third of all cases arising under Article 10 of the Act.

The inclusion of such mechanism in Russian anti-monopoly legislation with detailed regulation in the Act is certainly a positive implementation and shows its further development.

One cannot exclude that, due to a sufficiently high assessment of anti-monopoly prohibitions and obvious problems in the self-assessment of the dominant position companies, this institution may eventually be expanded to cover other prohibitions set out in Article 10 of the Act. This may be particularly relevant to cases of collective business dominance, in which the proportion of businesses may be quite small (for example, just over 8 percent) and conditions are such that geographical and market boundaries are constantly changing.

In conclusion, it should be noted that the model of the preventive institutions and mechanisms that is put in Russian law is quite successful and can be used as a guideline of anti-monopoly practice for those CIS countries that today do not have such regulation. Moreover, it is necessary to unify the approach to applying anti-monopoly measures in CIS states and to develop them further.

nothing nice to say

“Sending such a congratulatory message is hardly appropriate,” the Kremlin said.
examination required

Observers have said the case bears a resemblance to the Soviet-era practice of punitive psychiatry against dissenters.
War on All Fronts