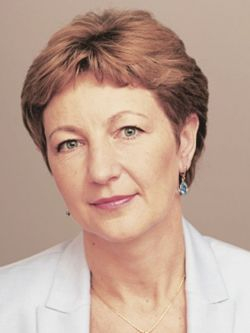 I honestly believe that making forecasts is the most thankless occupation, especially in the times of instability and uncertainty that we find ourselves in today.

It is evident that there will be no major legislation revisions before the March election. It is safe to assume that consistent economic growth will be assured on a par with 2011 and will reflect accordingly on recruitment plans.

What happens after the election — tax revisions, new industry-related statutes and regulations — will depend on a variety of factors that make predictions unreliable.

The most aggressive external factor is related to general macroeconomic environment and continuing economic troubles within the European Union. Talking to top representatives of different international companies here in Russia, I have collected various opinions starting with severe consequences for the Russian economy in the nearest future and up to a thought that Russia is going to be an economic haven amid a European crisis. We'll see what happens in the nearest future.

From the standpoint of the Russian labor market, the most negative trend recognized by everybody is the demographic pitfall that modern Russia experienced in early 1990s. Companies face a lack of qualified employees in each and every business sector for the widest spectrum of positions from blue- to white-collar workers, from graduates to senior executives. There are no obvious actions that might be urgently undertaken in order to weaken the impact of this demographic collapse on the whole market. Thus this tendency is going to stay with us for a certain while. 2012 will not bring any easing in this area.

Worse still, the educational system is incapable of producing graduates with knowledge applicable to real-life vacancies. The universities continue to pump out economists, lawyers, historians, librarians, geographers, philologists and teachers in prodigious quantities. Appallingly few graduates choose to work within their acquired qualifications. Hardly any attempt is made at professional orientation. Though the Russian government has started undertaking measures on improving the system, those measures still do not seem adequate and sufficient.

The situation in secondary special education is far more deplorable. The Soviet education system aimed at specialized professional training of blue-collar workers and the creation of workers, qualified and proud of their profession, has been ruined.

Therefore, employers are compelled to invest in educating their new hires and still have to compete to obtain any.

We observe more and more international and Russian companies opening their own classes and courses in various universities and educational institutions almost all over the country, trying to provide themselves with a pool of professional graduates for their future hiring needs. Unfortunately, there is no legislative platform in place to secure their investments in education by binding their students to work for relative companies for a certain time period.

Based on Rosstat data, the unemployment rate in Moscow is less than 2 percent, perhaps in 2012 it will be as low as 1 percent. In practical terms, this means that out of 100 job-seekers, 98 have a current employer, enabling them to choose employers at leisure and looking to improve their current working conditions. People have somewhat adapted to the general economic downturn and consider risks of changing jobs as less essential.

According to our experience, about a third of all employees are ready to consider job opportunities although they advertise no CVs and do not actively look for jobs. In a market where the average period of work within one company is less than two years, employees quickly become veterans and adopt a seen-it-all attitude. Such employees, although valuable, frequently feel discomfited seeing their colleagues come and go. Stability is perceived as a lack of change and propels such employees to look outside, even though they typically fail to formulate their expectations. The market is flooded with latent quitters, but people with a strategic view are a rarity.

Due to the tax reform (which brought a lot of discussions and resentment in the Russian business community), companies declare a rather low budgeted average salary increase for 2012 (5 to 7 percent, according to different estimations; some of them even plan to freeze salaries for 2012). Many of their employees will certainly try to raise their income via changing employers (taking into consideration the overall demography, it does not seem to be a very complicated task).

Yet another disturbing tendency of the recent labor market in Russia is a sort of freeze in personnel outstaffing and temporary staffing services. This sector of the market had been growing rapidly for the past 15 years and still has a huge capacity in the country, but has been slowed down by the legislative bill on outstaffing and secondment prohibition. Due to the uncertainty of the situation with the bill, we observe a decrease of the numbers of temporary workers on production lines in different economic sectors (companies prefer to freeze the use of additional workers — and consequently to slower down production — rather than take risks and use agency labor). Projections here are also unreliable. We still hope for common sense of our governmental and legislative authorities and make efforts for providing numerous examples of best agency labor and secondment practices from all over the world. The State Duma's second reading of the bill is scheduled for March.

On the other hand, these difficulties have forced both industry companies and service providers to work much more thoroughly on their contracts and agreements, to put emphasis on the legal part of their relations, to make contacts more close to reality, with special attention being paid to safety, security, social and labor guarantees for the employees.

Another recent trend here is providers' reputation becoming one of the most essential demands in tender procedures for outstaffing and outsourcing.

Thus we are now in the middle of forming a new, much more structured and civilized labor market within our country.

Let's hope 2012 will bring positive legislative changes and help us improve and continue the abovementioned maturing.

Argument over staffing levels at embassies continues after U.S. forced to lay off almost 200 staff across Russia.
tokyo olympics

Kristina Tsimanouskaya is expected to stay at the Polish embassy in Tokyo until her departure to Warsaw.
conservation change

The new amendments permit the killing of rare and endangered species in “exceptional cases.”