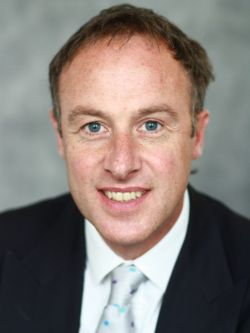 The CMS/Mergermarket Deal Drivers survey of the Russian M&A market 2012 shows that the positive, if uneven, growth in deal-making activity starting from the first quarter of 2010 leveled out in 2011 and fell off in the final half. The overall number of deals dropped from 223 in 2010 to 214. Better news was the 21 percent year-on-year volume increase in inbound M&A proving that Russia is still a target for inward strategic investment — although this, too, tailed off in the second half. Asian investment proved less active than expected, and more than three quarters of foreign investment deals came from North America and Europe. Unilever's buyout of Koncern Kalina, TPG Capital's investment in Lenta and Walt Disney's acquisition of 7TV are good indicators for the attraction of our market.

Energy, mining and utilities remained the leading sector in 2011 (volume and value), and 43 percent of respondents place it ahead again in 2012. This is characteristic of our market, but notably the same number expects the same level of activity in both the consumer and the TMT (technology, media, telecommunications) areas. There was positive growth in the transport and construction sectors — again positive economic indicators.

Furthermore, according to the Mergermarket "Heat Chart" (based on "company for sale" stories tracked by Mergermarket in the second half of 2011), the main pipeline of activity is in the consumer and industrial production space, not energy, which features much less prominently this time. The chart also shows that the number of deals identified is sharply down, with just 211 deals on the Mergermarket radar, versus 596 in 2011.

The survey took place partly after the December protests, but these seem to have had only a slight and not significant effect on this perception. "Legislation" is also perceived as an obstacle. Respondents remained evenly split over whether deal-making in Russia had become easier in recent years, with about half of those who disagreed last year now expressing themselves as "unsure," suggesting that there has been no noticeable breakthrough in the legislation — as indeed there has not been. On the positive side, 88 percent thought that, once the deal was done, it had lived up to expectations.

Only a bare majority expects an increase in M&A activity in 2012, and fully 16 percent expect a decrease. One reason for this despondency might be respondents' expectations of a tougher financing market: More than half think that this will get harder or much harder, and 30 percent expect no change. Twenty-two percent expect government initiatives (privatizations, possibly) to be a main driver for M&A but also foresee action from "cash-rich corporate acquirers." There is a more positive outlook on IPOs, with 74 percent now expecting an increase versus 43 percent in 2011.