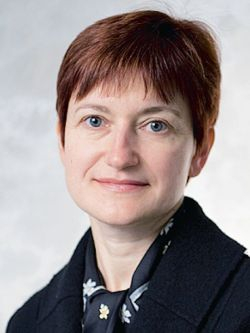 The Customs Union has introduced unified tariff and non-tariff measures, and a coordinated policy on technical regulation has been announced. On the whole, foreign companies taking part in the survey gave a positive assessment of the efforts to unify regulation in this area. They note, however, that regulation has become more complicated. It is harder to get a handle on the numerous regulatory acts, since federal laws as well as decisions of the Customs Union Commission now have to be taken into account.

Also, the coordinated policy doesn't always work smoothly in practice. Among other things, complications arise in determining whether non-tariff regulation applies to specific commodities. Inconsistencies between different systems of classification remain a problem (the Foreign Trade Goods Classifier (TN VED) for customs purposes and the All-Russia Product Classifier (OKP) for others).

Customs control after release of goods

Customs Union innovations include increasing the customs control period after goods are released from one to three years. Companies taking part in the survey, as law-abiding participants in foreign trade, have no problem with the increase other than the need to expand their archives. At the same time, many companies feel that, along with increasing the post-control period, it would be logical to improve and simplify control during customs clearance. Unfortunately, no such simplification has been noted in practice.

The survey showed that, unfortunately, only few companies use customs procedures other than import and export — for example, processing, re-export and special customs procedures (introduced by the Customs Code of the Customs Union). Among the reasons for not using these economically effective procedures, companies say that their implementation has not been regulated at the legislative level, a regulatory framework is lacking, and the approval procedure is too complicated.

Movement of goods within the Customs Union

Most companies taking part in the survey report that the elimination of customs control on the internal borders of the Customs Union and the free movement of goods has not yet had a significant impact on business. The remaining restrictions on the free import into Russia of goods for which Kazakhstan has set duty rates lower than those of the Unified Customs Tariff have also had little effect on the business of foreign companies.

New customs legislation reduces the time limits for customs operations — one day for the release of imported goods and four hours for exports. The companies surveyed indicate that these time limits are generally observed. At the same time, the companies note problems they are currently having with electronic declaration — above all, the uneven operation of the customs authorities' computer system, glitches and lockups, which are especially frequent during software updates. The companies surveyed say that electronic document flow between control agencies leaves much to be desired. The main problem, they say, is the lack of electronic document flow between the customs service, tax service and banks.