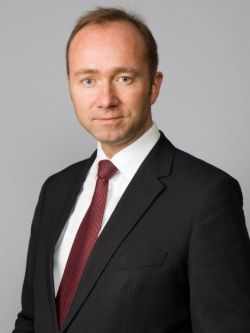 Trond Giske
Minister of Trade and Industry of Norway

Economic relations between Russia and Norway are strong and dynamic. They have developed steadily since the disintegration of the Soviet Union. The main point of contact is the Russian-Norwegian Intergovernmental Commission on Economic, Industrial and Scientific-Technical Cooperation. I have chaired the last two meetings with my Russian co-chair, First Deputy Prime Minister Viktor Zubkov. With the commission as our solid basis, I meet regularly with Mr. Zubkov. Politicians and authorities have close contact through meetings in working groups, seminars, consultations and ongoing negotiations. The scope of dialogue is broad with cooperation in almost all spheres of economic activity: energy, fisheries, R&D, tourism, maritime issues, financial issues, etc. We are also constantly developing measures to enhance cross border cooperation in the north.

Russia is an interesting and important market for Norwegian business. Common trade amounted to about $3 billion last year (up 33 percent from 2009). Russia is one of Norway's main trading partners, and the most important market for seafood. Although trade with Russia only constitutes 1.3 percent of Norway's total global trade, the feedback I get from businesses tells me with all clarity that Russia is considered a market with huge potential for further growth, especially in the high north.

In addition to trade negotiations, the issue of modernizing the bilateral relations and differentiating trade is high on our bilateral agenda at present. As part of this, Russia and Norway have entered into a partnership for modernization, where we have identified a number of areas with particular potential for strengthened cooperation. In realizing this partnership and making it sustainable, however, we need to involve our commercial companies in developing new initiatives. From the Norwegian side, we attach importance to facilitating the strengthening of predictable and solid framework conditions for international business that will encourage Norwegian companies to enhance their trade investment opportunities in Russia, which in turn will result in an increase in bilateral economic cooperation.

We have a positive starting point for further strengthening our economic relations. More than 70 Norwegian companies are already active on the Russian market, in sectors such as energy, supply services to the petroleum industry, telecommunication, shipbuilding, banking, tourism and fisheries. The largest companies are established in Moscow, but several SMEs are active in other regions, most notably in St. Petersburg, Murmansk and Kaliningrad. The expansion of the Russian offshore industry provides new and interesting opportunities for Norwegian companies, many of which have long experience in providing technical solutions to the petroleum industry, also in harsh environments. From my side, I will continue to build on our excellent political contact with the Russian government to facilitate a further realization of the business opportunities between our countries.