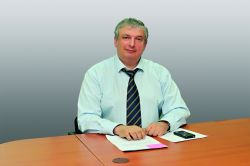 Sooner or later every person is faced with a decision about what health care option is right for them. The good thing now is that such a choice exists: We can visit a free government clinic, pay money and go to a private hospital, use health insurance or purchase a custom medical program. However, these choices did not always exist, and it was not so long ago that there simply was no other alternative to government-sponsored medical providers. How is the domestic market for medical services taking shape, and what are its prospects?

Conventionally, we can say the market for private health care in Russia has existed for about 20 years. The exact date of when the first non-government clinic began working or the first private hospital began taking patients is, of course, impossible to establish. The more so, since individual medical practitioners (unofficially, of course) existed even during the times of the Soviet Union. But it was in the early '90s that there began to appear not medical practitioners, but simply venders of pharmaceutical products. It is precisely from these individuals, according to experts, that the "change" began to occur in government medicine.

In the process of forming a private market for medical services, there increasingly began to appear doctors in this field, and the first pioneers were dentists, some of whom began taking patients in their homes or private offices and who began also to open small, specialized clinics. Other specialists began to do the same thing. During this time there began to emerge quite a number of small individual clinics (dental, gynecological, cosmetic surgeons and small diagnostic centers).

But all of these clinics faced a common problem: The scope of their services was mainly limited to consultation services. Often they could not even provide a high quality level of independent diagnostics because they simply did not have the resources to purchase the expensive equipment that was needed. Patients were willing to pay for consultation services of well-known specialists who were lured to private and so-called "self-financed clinics." This is partly the case because they were looking for a completely different level of service and comfort than what was offered at government hospitals.

Thus, by the middle of the decade the main factors began to form that determined the direction of the private medicine's development up to its current stage:

The last factor is largely the reason why today not only private clinics are growing and developing, but also networks of hospitals, including regional sanatoriums. Indeed opening a full medical center requires a very large sum of money. For example, a clinic and diagnostic center with an area of 5,000 square meters on average requires an investment of $20 million in regions, and roughly $36 million in Moscow. The cost to build a clinic in Moscow where patients go for a first visit on average is 50 million rubles ($1.8 million), and 30 million in regions. It is difficult for "lone" clinics to incur such costs; medical network companies are the ones who make such investments.

Of course, the most pressing issue today is the price that is set for paid services. In private clinics, which support themselves on the money they earn from patients, prices are higher than in public institutions that provide similar commercial services. And this variance drives a large section of patients to seek treatment in public or semi-public institutions. Experts point out that public health facilities are working in commercial health care services at prices that are considered dumping, which inhibits private sector development. This question cannot be fully addressed with government participation.

Meanwhile, despite the existence of certain problems that prevent the full development of private medicine in Russia, this market has good prospects. Of course, comparing the performance of Russia and the United States in this sector is not entirely useful, because it is still very young in our country. However, the value of the U.S. private medical sector is valued at $3 trillion annually, and the home market is about $10 billion. Until at least 2014 the growth of commercial medicine is expected to reach at least 12 percent per year. And most of this growth will be achieved through expansion of networks that currently exist today.