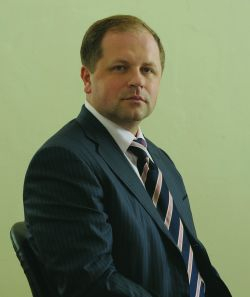 Supporters of the customs union keep reminding the public about the advantages of open borders, the removal of needless bureaucracy, undoubtedly following up with economic development of union members and price cuts. Obviously, they are citing the EU as an example of a successful experience. However, the more discussions draw nearer to the opening of borders, the more business feels stressed.

I want to remind you that on July 6, 2010, the international treaty between Russia, Belarus and Kazakhstan entered into force, and since then the three countries are applying the unified Customs Code of the customs union with some provisional exceptions.

Even so, in July 2010 customs regulations in respect to IPR objects hardly changed except for some procedural formalities. For example, the security of civil responsibility for damages was brought down; the term of examination of customs applications was increased, while the right to renew customs applications remained.

Nevertheless, on July 1, 2011, the customs border between Russia and Kazakhstan shall be eliminated.  Analytics keep on threatening that leveling of customs duties will dramatically impact Kazakhstan's economy. Lawyers remain undecided as well.

It is an open secret that there exists uncontrolled areas on the Kazakhstan-Kyrgyzstan border. Furthermore, there exists several (but well-known by wrongdoers) gaps in customs control on the Kyrgyzstan-China border.

I will not be reinventing the wheel by saying that most of the counterfeit goods in Russia are originally from China. It is obvious that the current amount of fake goods and the fight against it cannot be called even satisfactory. We can only suppose what we shall expect starting from July 1, when Russian customs will cease controlling goods carried from China in transit through Kazakhstan.

Consequently, active involvement of police forces in fighting counterfeiting becomes essential. Regular and effective collaboration of customs and police are relevant for the moment.

TM DEFENCE Legal Services assisted in establishing such collaboration this February. Thanks to joint efforts of Baltic customs officials and police and officials from the prosecutor's office, we succeeded in capturing a huge lot of fake chain saws imported from China.

Another major way of IP protection at the border is customs application to the customs register of Kazakhstan.

Apropos of the registers. The treaty on the Customs Code of the customs union provides for the unified customs register of IPR objects. But for implementing this provision all three countries shall sign and ratify an international treaty on conduct of this customs register. The only country as of now that has signed the treaty is Russia.

At the same time it shall be observed that businesspeople feel more alarmed than happy with this introduction. It is a frequent situation that the same trademark in different countries is registered in favor of different rights holders. We do not have any legislative means yet to resolve this kind of problem.

It seems to be even worse, if in various countries confusingly similar trademarks are registered, granted for protection and included in the customs registers. As of now we do not have any intelligible response how these misconceptions shall be settled.

In this ambiguous situation we recommend our clients submit customs applications to all customs registers of all three countries. It means that the trademark shall be granted either for international protection with extension to Russia, Belarus and Kazakhstan or for national protection in each country. When the unified customs register starts working, customs applications that deal with this issue shall be submitted as well.

Russian officials have not confirmed the annexation of occupied regions of southern Ukraine.
Big Mac To Go

Moscow’s mayor announced plans to bring back the model after nationalizing the city's Renault-owned car plant.