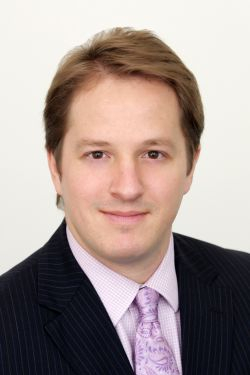 Anton Ivanov, chief justice of the Supreme Arbitration Court of Russia, recently proposed to his judicial colleagues that they "seriously study and examine the question of introducing into Russian court practice provisions of the doctrine of 'piercing the corporate veil' that are well-known in the Anglo-Saxon legal system." In view of that proposal, it is worth considering the existing provisions for vicarious liability under Russian law, as well as their possible future evolution.

While Russia has no doctrine of piercing the corporate veil, there are various statutory exceptions to the presumption of limited liability. These exceptions apply in four main circumstances: (1) being responsible for the insolvency or bankruptcy of a Russian company; (2) giving binding instructions to a Russian company as its "dominant company"; (3) failing to disclose status as an "affiliated person" of a Russian company; and (4) not fully paying up shares or participatory interests in or overstating the value of an in-kind contribution to the charter capital of a Russian company. As the last two are easily avoided by proper disclosures and capital contributions, they are not discussed further here.

Under the Civil Code and similar provisions in the Law on Limited Liability Companies ("LLC Law") and the Law on Joint-Stock Companies ("JSC Law"), a shareholder or other person "able to give binding instructions" to a Russian company "or determine its actions" is secondarily liable for its obligations if such person is at fault in causing the company's insolvency or bankruptcy. By way of other provisions of the Civil Code, "fault" ordinarily means negligence. Under the wording of the JSC Law, however (and arguably in tension with the Civil Code), liability in this context requires that such person have "knowingly" caused the insolvency. Whether courts actually apply a manifestly higher standard of proof for claims relating to JSCs as opposed to LLCs is unclear. In any case, even under the lesser standard of the LLC Law courts reject claims where plaintiffs fail to establish a specific causal connection between the company's insolvency and the defendants' actions.

Vicarious liability in the bankruptcy context was arguable expanded by the 2009 amendments to the Law on Insolvency (Bankruptcy), which introduced the concept of "persons controlling the debtor." This can be read to include, for example, anyone who in the two years prior to a Russian company's bankruptcy had either a de jure or de facto ability to determine the company's actions. Such persons are liable for any instructions given by them to the insolvent company, as well as for any preferences made by it (apparently regardless of who gave the instruction for the preference). Moreover, there is no express requirement to prove fault, and while there is an affirmative defense for acting reasonably and in good faith, it is untested. Consequently, persons that potentially controlled a company being sold should ensure that any standing instructions by them are duly terminated, that the buyer has the means and intent to operate the company as a going concern, and that they are indemnified against liability for preference payments made by the company in the two years following its sale.

Liability here turns on whether a company qualifies as a dominant company, and if so, whether it has the right to give binding instructions and has actually exercised that right by instructing the daughter company to undertake the obligation. This is a complicated issue, but some summary conclusions can be stated. First, dominant company status requires the ability to determine another company's decisions on the basis of a predominant shareholding, an agreement with that company, or "other means." This last basis is unexplored territory, however, as all reported cases addressing dominant company liability have involved direct shareholders or agreements.

Second, according to the relevant statutes, the right to give binding instructions at a JSC must be by express agreement or in the charter, whereas for an LLC it apparently can be a de facto right. In any event, court cases show that the right can be proven indirectly such as by domination of management bodies or by mandatory intragroup regulations, and a decree of Russia's supreme courts states that mere "influence" over decisions of the daughter company may be sufficient for liability so long as the particular obligation was undertaken further to the dominant company's specific instructions. The risk of liability seems greatest if the relevant decision is formally made by the dominant company and the daughter company had no discretion to act otherwise. Accordingly, it is important to preserve the formal independence of the daughter company; for example, it should not be a party to any shareholders agreements, and any guidelines or directives from above should be formally reviewed and adopted by the appropriate management bodies of the daughter company.

Returning to Chief Justice Ivanov's proposal, it is fair to ask whether the best response to the problem of "one-day companies" and other perceived abuses of limited liability is to clarify and enforce the standards for vicarious liability already existing in Russian law, or to import concepts from the common law. The latter approach would raise both procedural and substantive questions.

For example, should a civil-law jurisdiction such as Russia adapt equitable principles from common-law jurisdictions? (Chief Justice Ivanov's prior endorsement of precedential case law suggests that he is comfortable with a hybrid approach.) Does the reference in the Civil Code's Article 6 to filling statutory lacunae on the basis of good faith, reasonableness and fairness provide sufficient authority for Russia's judges to adapt the doctrine of piercing the corporate veil sua sponte, or is legislation required? And substantively, which of the variety of tests should be incorporated? In the U.K., for example, veil-piercing is rare and allowed only where a company was established for fraudulent purposes or to avoid an existing obligation. But in most U.S. jurisdictions, courts may pierce the veil based on a wide variety of factors including neglect of corporate formalities; failure to maintain arms-length relationships; commingling of assets or siphoning of funds; willful undercapitalization; whether the company is an alter ego or mere instrumentality; and even whether justice requires.

These are not rhetorical questions, and reasonable people may disagree on the answers. What is incontestable is that whatever the rules of vicarious liability, they must be made clear in advance, be applied fairly and consistently, and be balanced against the key justifications for limited liability — namely, to promote entrepreneurial risk-taking and large-scale capital investment, both of which are critical to Russia's development.