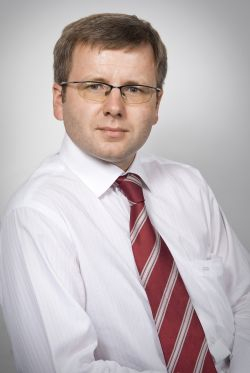 Situation A: If the property is put into operation on the date that a commissioning permit is received.

Article 55, Clauses 1 and 2 of the Urban Planning Code stipulates that a commissioning permit is a document that certifies that the construction project has been fully completed in compliance with the construction permit and that the resulting capital construction object tallies with design documentation and the urban plan of the land plot — this is a document issued by government authorities that sets out legislative and regulatory urban-planning requirements for the development of the land plot question — and which allows the completed property to be put into operation.

Our analysis of tax and accounting legislation and case law suggests that, as a general rule, receiving a commissioning permit is considered to be the necessary grounds for including the cost of a fixed asset in taxable property.

Under Article 374 of the Tax Code, Russian entities are liable to pay property tax on movable and immovable property classified as fixed assets in accordance with accounting regulations.

The regulation for accounting for fixed assets (PBU 6/01) stipulates that an asset may be classified as a fixed asset on the following four conditions (PBU 6/01, Paragraph 4):

1) the asset in question is intended to be used in the company's operations (to be used for production purposes or to be leased out);

2) the asset is expected to be in operation for more than 12 months;

3) the asset is expected to generate future economic benefits for the company;

4) the company does not plan to sell the asset.

It follows from the above conditions that the key substantive criterion for an asset to qualify as a fixed asset is its being intended to be used for production purposes or to be transferred for temporary use under a lease.

Normally, a completed building or structure may not be put to its intended use until a commissioning permit has been received, since buildings may not be operated without a permit.

This reasoning is used by courts to determine the time when assets should be classified as fixed assets and, consequently, should be included in taxable property.

For instance, the Northwest District Federal Arbitration Court looks at the following situation in case No. 21-1145/2008 in its resolution dated Dec. 17, 2008:

On Sept. 30, 2005, the taxpayer and its lessee entered into a property lease. A commissioning certificate was signed in November 2005. The taxpayer classified the properties as fixed assets and property tax began to accrue on Dec. 1, 2005. The tax office argued that tax should have accrued from October 2005, i.e. from the date that the lease was entered into. The court ruled in favor of the taxpayer, saying:

"Buildings may not be classified as fixed assets until duly commissioned.

"Thus, the properties that the company leased out had been lawfully shown as fixed assets (Account 01) since Nov. 10, 2005, i.e. the date when the certificate was issued and approved."

A similar conclusion may be drawn from the guidelines for accounting for fixed assets, as approved by the Finance Ministry in Order No. 91n, dated Oct. 13, 2003.

Under Clause 23 of the guidelines, additions to fixed assets are recorded at historical cost, which includes the cost of bringing assets into an operating condition (Clause 32 of the guidelines).

Therefore, it would be unlawful to classify an asset as a fixed asset until measures have been taken to bring it into an operating condition, since its historical cost would not comprise all necessary elements until it is brought into an operating condition. More specifically, such measures should include obtaining all approvals and permits to remove the legal barriers to using such an asset.

However, obtaining a commissioning permit does not always necessarily give rise to a tax liability.

Case law suggests that classifying an asset as a fixed asset at the time of receiving a commissioning permit is but a legal presumption of the time when the asset was put into operation and property tax began to accrue.

Case law shows that this presumption may be rebutted in two events:

Situation B: The property is actually put into operation before the commissioning permit is received.

Case law involving the application of tax legislation proceeds from substance over form and the autonomous nature of tax legislation. This idea underlies, for instance, the resolution dated Sept. 18, 2007 of the Presidium of the Russian Supreme Arbitration Court in case No. 5600/07, which was in favor of the taxpayer.

Neither tax nor accounting legislation establishes a link between transferring an asset to Account 01 (classifying it as a fixed asset) and ensuring that it complies with industry regulation (e.g. property development regulation). As indicated above, the only substantive criterion for an asset to be classified as a fixed asset is its being ready or intended to be used in the company's operations. If the property had actually been put into operation before the commissioning permit was received, it was obviously ready to be used in the company's operations.

Therefore, it is the date that the asset was actually put into operation that is relevant in legal terms for property tax purposes under tax and accounting legislation.

In some cases, this would be the simplest of tasks for the tax office, for instance, where a company established with the sole purpose of operating the asset begins recognizing revenue from sales of products or services created by means of such an asset.

In such circumstances, a further argument could be made to show that the asset is not a fixed asset. This could take the form of documentary evidence of the asset undergoing testing and commissioning that involves stress testing, e.g. of its load-bearing elements, foundations and equipment. These activities would be considered to be part of bringing it into an operating condition, rather than constituting actual use.

Situation C: The property is put into operation after the commissioning permit is received.

As a general rule, the liability to pay tax cannot depend on the taxpayer's discretion as to when it will actually put a property into operation.

However, there may be circumstances where receiving a commissioning permit would not demonstrate that the asset can actually be used for the purposes specified in PBU 6/01, Clause 4, Sub-clause 1. For example, it may turn out, after the commissioning permit has been received, that the property in question cannot be put to its intended use.

The Presidium of the Supreme Arbitration Court gave a legal assessment of such situations in its Resolution No. VAS-4451/10 dated Nov. 16, 2010.

The facts of the case show that the taxpayer received a commissioning permit and registered title to a hotel and office building. However, after the commissioning permit had been received and title was registered, it turned out that significant additional investment was required to decorate the interiors. Therefore, the taxpayer decided that the building was not suitable for its intended use and so could not be used.

The trial court upheld the taxpayer's claims and held that:

"Building the property and subsequently decorating its interiors should be viewed as a single process of creating a hotel and office building, which results in a property that qualifies as a fixed asset."

The Northwest District Federal Arbitration Court ruled that the tax office had been right in assessing the taxpayer as liable for additional property tax for the period from the time that title to the property was registered in July 2007.

The Presidium of the Supreme Arbitration Court upheld the trial court ruling.