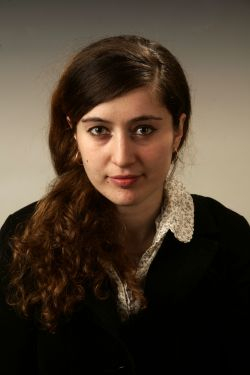 The main trend today in Russian migration legislation is the adaptation of the legal framework to include international standards relating to immigration, with the aim of easing the migration process in Russia.

Currently, the system of registering migration in Russia is at crisis point because of the lack of records of real migration. For example, legally the population of Moscow is approximately 10 million; however, when taking into account illegal immigrants, who are not registered, the real population could be several million more.

Considering the above, the following trends in the development of migration policy in Russia can be seen:

The purpose of these measures is to eliminate regulatory obstacles, legal gaps and excessive reference rules to promote the interests of the individual, society and the state by taking into account human rights and freedoms in relation to movement throughout the Russian territory. Another purpose is the regulation of public relations.

One peculiar trait of the migration process in Russia is the ethnicization of citizens of the CIS republics. Ethnicization is the phenomenon by which citizens are identified by their nationalities, motherland or home region, creating distinctions between them as a result of which they are treated differently. It is a factor contributing to and consolidating migrantophobia in the minds of the Russian population, another feature of migration processes in Russia. As opposed to economic factors, it is not tangible but does play a significant and material role in forming public opinion. The reform of the current regime applicable to the citizens of the CIS republics should therefore aim to cover and strengthen the legalization of their presence, as well as fighting against illegal labor. The objective should be to turn the migration process relating to these citizens into a benefit for the country and society.

The trends mentioned above are a step in the right direction, but to improve the regulatory environment in relation to migration issues it is necessary to establish an independent federal law that will create a basis for the state regulation of migration and will set out the types of migration, the procedures of entry to and exit from the Russian Federation, and the registration of people according to location. The adoption of such a law in the area of migration would allow the codification of existing migration regulations, which are reflected in several different federal laws.

The introduction of federal legislation could also resolve other issues. For example, the introduction of a registration system of residence may in turn remove obstacles in relation to the exercise of rights of those who enter Russia legally, ensuring freedom of movement and the credibility of data relating to the location of immigrants.

Finally, to manage the migration process, the country must develop the economic conditions that will attract the local population to high-tech industrial sectors and cutting-edge agriculture that will provide work for highly qualified staff, thus discouraging them from leaving Russia.

Consequently, it is important to create a new state policy that will resolve the issues of monitoring and regulating the migration process, support different categories of immigrants and help them find employment and education, control criminal activity in migrant regions, and create a functioning system of authority to control the migration process.