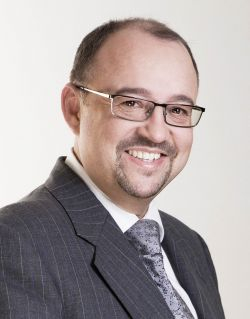 Looking back on the year gone by, I will run through the most significant events affecting taxpayers, the business climate and the Russian tax system. It is encouraging to see that there is more good news than bad.

The main news is that one expected bad thing in particular did not happen. The State Duma did not pass the Finance Ministry’s proposed version of the transfer pricing bill. This gives us some hope that, in 2011, lawmakers will come up with a sensible law, rather than a passing vague one that could see businesses required — out of the blue — to pay additional tax.

The beginning of the past year was marked by amendments to criminal legislation, which mitigated liability for tax offences and restricted the limits for taking suspects into custody. Most importantly, criminal prosecution for tax offences is subject to such offences being established by a tax authority’s decision that has come into force.

The amendments saw a significant increase in the threshold amounts for large-scale and extremely large-scale tax evasion to constitute a criminal offence. Also, the amendments restored a special provision exempting first-time offenders from criminal liability if they have fully paid their tax arrears, fines and default interest. Both individuals and legal entities may now pay outstanding amounts of tax for a legal entity.

Amendments to the Tax Code dealing with tax administration and control as well as the entry into force of a fast-track procedure for VAT recovery have made relations between businesses and the tax authorities more streamlined and less unpredictable.

The tax authorities are now required by statute to ensure that tax audit reports are accompanied by third-party evidence of tax offences allegedly committed by the taxpayer. The taxpayer is now entitled to view all files from a tax audit before the tax authority makes a decision based on such an audit.

The amendments specify situations where outstanding amounts of tax must be written off. Among these are cases where the court finds that the limitation period for tax collection has expired.

Interest is now payable on frozen funds where the tax authority incorrectly decided to freeze a taxpayer’s accounts, helping to ensure that such decisions are only taken where justified.

The steps taken by the Russian government and Finance Ministry defy unambiguous assessment.

Of considerable importance is the Protocol on the amendments to the Double Taxation Treaty with Cyprus, which sets clear guidelines for offshore business. Once the protocol is signed and ratified, Cyprus is expected to be removed from the Finance Ministry’s blacklist. Dividends distributed by Cyprus-based companies will then be exempt from Russian tax under the strategic participation income exemption provided for in the Russian Tax Code.

However, the preparation of a bill on combating tax irregularities has made no progress, despite President Dmitry Medvedev’s request to the Finance Ministry. Courts are still groping with this issue, their practice based on the increasingly outdated Resolution No. 53 of the Plenum of the Supreme Arbitration Court.

The government’s resolution introducing a levy to finance compensation to authors drew a lot of criticism from the business community. Manufacturers or importers of compact discs, computers, cell phones and other equipment now have to pay 1 percent of their customs value or selling price for the benefit of authors, performers and producers of phonograms intended for private use. Since the money cannot be collected from the end users of musical and other similar products, the government is targeting those who are next in the supply chain. Frankly, it has been a long time since we last saw such a legally uncertain and carelessly drafted regulation paving the way to arbitrary decision making and uncontrolled spending by private persons of funds compulsorily collected from businesses. It is astonishing to see our leaders create feudal-style institutions and grant income-generating fiefs to their vassals, despite the established principles of a modern tax system already in place for 20 years. It will evidently be a long time before those in power live up to their promises about respect for private property.

It also goes without saying that nobody is happy with the government’s stubborn refusal to cancel its decision to raise social insurance contributions.

The Constitutional Court issued just one resolution, albeit an important one. It agreed that resolutions of the Presidium of the Supreme Arbitration Court can set legal precedents, and it also ruled that clarifications by the Presidium may not be used retroactively if unfavorable for taxpayers.

The Supreme Arbitration Court, by contrast, was the key newsmaker in tax, its rulings resolving a number of important practical issues. More specifically, it allowed losses from writing off debt to be deducted from profit for tax purposes; it also ruled that taxpayers must undertake a complete tax restructuring when found to be using a tax evasion scheme; it limited taxpayers’ liability for their suppliers’ failure to pay tax; and it limited the expenses that only qualify for deduction for VAT purposes within allowable limits.

Another two resolutions should have a positive impact on the tax authorities’ practices. In Resolution No. 4903/10 dated Sept. 29, 2010, the Presidium of the Supreme Arbitration Court ruled that a tax officer who did not review the tax audit findings can not lawfully sign a decision holding the taxpayer liable for a tax offence. In Resolution No. 3299/10 dated Oct. 12, 2010, the Presidium ruled that the Budget Code (rather than Article 78 of the Tax Code) must govern the collection, under judicial decisions, of funds from budgets.

At the same time, practitioners have justifiably criticized a number of Supreme Arbitration Court rulings: on the lawfulness of imposing fines on taxpayers for missing the deadline for submitting advance payments calculations of profit tax, on calculating taxes based on estimates, on court proceedings not being applicable to additional tax being collected where taxpayers’ transactions are classed as being a sham.

The Presidium of the Supreme Arbitration Court addressed the settlement of tax disputes through administrative proceedings. It ruled that the tax authority does not have to invite taxpayers to appeal hearings, and that the taxpayer should not be allowed to claim as a loss expenditure on preparing objections to a tax audit report. These rulings are unfavorable for taxpayers.

On the other hand, the Presidium of the Supreme Arbitration Court allowed litigation costs to be claimed from the unsuccessful party when the judgement is enforced. This will not only help companies save on legal costs, but will also give debtors an incentive not to delay enforcement.

By and large, the Supreme Court rulings have made relations between the taxpayers and the tax authorities less unpredictable. Hopefully, this year will also see an end to retroactive application of court interpretations that are unfavorable for taxpayers. This would be the final step in dispelling the negative image of the Supreme Arbitration Court, often viewed by companies as a source of unwelcome surprises entailing the recalculation of tax already paid.

What we saw in 2010 was basically an adjustment and fine-tuning of the tax system as a follow-up to many years of tax reform, were it not for various new trends which can only give cause for concern: new tax legislation enacted in the final days of the year, tax rates on the rise, new taxes introduced, and some of the existing ones removed from the scope of the Tax Code. All this could signal the abandonment of the goals of the Russian tax reform that started more than 10 years ago.