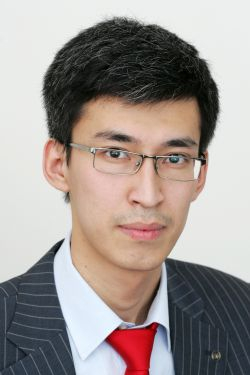 Tax audits are never the most pleasant experience for taxpayers, irrespective of how “clean” they may be. Any tax audit will create additional burdens on taxpayers going about their normal business activities as they put up with the tax authorities’ actions.

In addition to standard audits, Article 89.10 of the Russian Tax Code gives the tax authorities the right to carry out repeat tax audits, which create a further risk of additional tax assessments beyond that in standard audits.

A literal reading of tax law shows that there are two restrictions on carrying out repeat audits:

While the first restriction is clear, the second has required further clarification from the Supreme Arbitration Court.

Repeat Audits as Part of Supervision of Lower Tax Authorities

In its rulings on Titan (No. 14585/09 of March 16, 2010) and Zoloto Ynykchana (No. 17099/09 of May 25, 2010), the Supreme Arbitration Court noted that the purpose of such audits is to verify the performance of lower tax authorities. This purpose can only be achieved where the results of the initial audit have been recorded in a decision by the lower tax authority. Therefore, the purpose of the repeat audit is to enable the higher tax authority to determine whether the decision in the initial tax audit was lawful and justified, on the basis of the nature of any violations it may detect.

Consequently, in both cases the Supreme Arbitration Court found that the invalidation of the decision in the initial audit meant that there was no result of the initial field audit, and therefore no basis for a repeat field tax audit.

Hence, if the taxpayer succeeds in challenging the decision in the initial field audit, whether through administrative or judicial proceedings, irrespective of the grounds, a repeat audit will not be lawful. However, if the decision in the initial audit is not contested by the taxpayer, or only partially contested (or partially invalidated), a repeat audit can lawfully proceed.

This means that taxpayers have a powerful defense against repeat audits; they need only successfully challenge the lawfulness of the decision in the initial audit.

Repeat Audits After Submission of an Amended Tax Return

The court held that the declaration in an amended tax return of a smaller amount of tax than in the initial return may reflect an increase in the losses initially declared for profit tax purposes. The court based its finding on Articles 274.8 and 283 of the Tax Code, pursuant to which for profit tax purposes legal significance attaches not only to positive financial results, that is, profits that are subject to tax, but also to negative results, that is, losses that may be carried forward and applied against the tax base in subsequent tax periods.

The Supreme Arbitration Court also balanced this “negative” clarification with clarifications of the limits on repeat field tax audits on this basis. Specifically, the court that conducted a repeat audit can only examine the information in the amended tax return that was revised to result in the reduction in initial tax amount, and that information that was not amended or which is unrelated to the revisions cannot be re-examined.

In other words, if an amended return is filed whereby the stated tax payable is reduced as a result of an increase in losses, than any repeat audit by the tax authority that performed the initial audit can only examine the filer’s declared losses, and not its profits or other information relevant to its tax return. This is a second important defense to limit the intrusiveness of repeat tax audits.