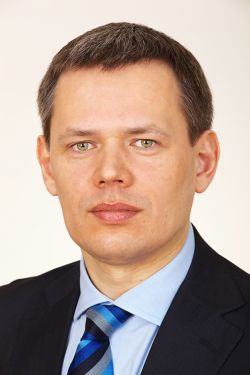 The Federal Law of Russia on joint stock companies contains strict regulations regarding the net assets of joint stock companies, which not only can complicate a company’s business but also lead to its end. Specifically, it stipulates that shareholders are obligated to make a voluntary decision to terminate the company if its net assets are below the minimum amount established for charter capital, i.e. 10,000 rubles (about $325) at the end of the second or any subsequent fiscal year. Moreover, the respective decision must be made within 6 months of the end of the fiscal year resulting in the net assets falling below the minimum charter capital amount. As this provision on compulsory company liquidation is imperative, problems with negative net assets enormously affect M&A transactions with company shares. However, the main questions are whether these transactions are allowed at all, and if so, what specific problems these transactions involve.

Russian legislative regulations do not prohibit conducting transactions with shares of a joint stock company after the end of a fiscal year that results in the company’s net assets falling below the minimum established amount of charter capital, below zero in most cases, so-called negative net assets. The absence of such a prohibition is logical, since it would restrict freedom of doing business and determining whether a party would take the risk of becoming a new shareholder in a company to be dissolved pursuant to legislative provisions. However, considering that share transactions may be subject to the preliminary approval of state authorities, in relation to anti-monopoly regulation or control of foreign investments in strategic sectors, it is necessary to determine whether negative net assets may prompt questions on the part of these authorities. Under Russian legislation, the Federal Anti-Monopoly Service, which is responsible for both anti-monopoly regulation and control of foreign investments in strategic sectors, is not allowed to deny approvals solely on the basis that a company’s net assets are below the minimum established charter capital amount. Furthermore, this approach is confirmed by the Federal Anti-Monopoly Service’s practice in granting consent for transactions: To date, this authority has granted consent for conducting transactions with shares of companies with negative net assets.

Even though transactions with shares of joint stock companies with negative net assets are not prohibited and may be conducted under Russian legislation, in most cases when a preliminary review determines that the net assets of a target company are below the minimum required charter capital, the potential acquirers assess the risk of subsequent mandatory liquidation as too high and cease negotiations on acquiring the shares. However, in some cases the acquirers assume the risk and purchase the shares with a view of saving the company by investing money in it and clearing its debts, often accompanied by a decrease in the company’s charter capital. Such saving measures constitute the main distinction of purchasing shares in a company with negative net assets, whether 100 percent of the company’s shares are being acquired or only a portion. If a new shareholder acquires only part of the company’s shares, it is crucial that the investor agree upon the actions aimed at increasing the company’s net assets with the other shareholders. Such arrangements generally involve entering into a shareholder agreement, covering the structuring of the saving measures, the amounts to be invested by each shareholder and the procedure for actions to be taken by the shareholders. Although a new shareholder acquiring 100 percent of the shares of a target company with negative net assets is authorized to exercise saving measures at its complete discretion, it is advisable that the shareholder enter into an agreement with the seller of the shares in order to stipulate the seller’s liability for possible orders of state authorities to liquidate the company because of negative net assets.

The purchase price for the shares paid by a foreign acquirer may influence the future level of withholding tax by the distribution of dividends. In accordance with double tax treaty concluded, for example, between Germany and Russia, the reduced tax rate of 5 percent shall apply, if a German company holds at least 10 percent of the charter capital of a Russian entity and the value of share participation amounts to at least 80,000 euros ($110,000). According to the clarifications of the Finance Ministry, the share participation by acquisition of a company on the secondary market has to be determined based on the price paid for the shares.

This is the first year of enforcement of the new regulation that stipulates compulsory liquidation of a joint stock company within 6 months of the end of a year resulting in negative net assets of the company and does not officially provide a time for improving the company’s net assets. As many companies are currently having troubles with net assets, their shareholders attempt to increase the amounts thereof even after the end of the year resulting in negative net assets. Because of the novelty of the legislative provisions and the lack of court practice, these efforts, as well as all investors entering into transactions involving shares of companies with negative net assets, face the risk of being nullified by a decision from the state authorities to liquidate these companies.