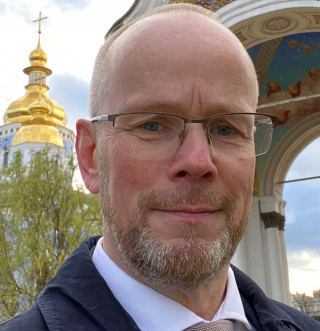 Ukraine has been asking for help to rebuild its armed forces since the war started on Feb. 20, 2014. The call became urgent when Russia invaded Ukraine on Feb. 24 of this year. Ukrainians have asked for no-fly zone over Ukraine and assistance to break the maritime blockade of its Black Sea ports, and for more and more powerful weaponry.

The response from NATO, the U.S. and the member states has been that “Ukraine is not a NATO member and therefore not eligible for collective defence” or “NATO is not part of the conflict.” They want to avoid the conflict escalating “into a confrontation between NATO and Russia."

While all of that is true, it is not the whole truth.

Last fall the European Parliament assessed Russia to be a long-term threat to European security. It stated that “the current Russian regime is threatening peace and security in Europe” and cited a long list of aggressive behavior, including “the illegal and violent occupation and annexation of Crimea; the violation of the territorial integrity and the destabilisation of Ukraine, Georgia and the Republic of Moldova; alleged acts of terrorism on the territory of the EU Member States; cyberattacks and attacks on sensitive infrastructure in the EU Member States; election interference; and violations of the sea and air space of countries in the Baltic Sea and the Black Sea regions.”

The European Parliament pointed out that Russia is implementing strategies of hybrid war against the EU and its member states.

In December 2021, the Russian Federation demanded that NATO halt further enlargements, pull back forces and weaponry from the countries that joined the alliance after 1997, and stop operating within striking distance of potential targets of Russia. The latter includes most of Northern, Central and Eastern Europe.

Since then, the situation escalated into the unprovoked and unjustified full-scale invasion of Ukraine. The Russian leadership has alleged it was due to the danger of Ukrainian NATO membership, an aspiration that ironically was a direct consequence of more than eight years of Russian aggression against that sovereign nation.

But Ukraine is only an object and not the strategic aim of a broader Russian hybrid war. This is a conflict between Russia and the West over the world order, and the conflicting ideas of the authoritarian “Russian World” and Western liberal democracies. A Russian victory in Ukraine is, however, a prerequisite for its global ambitions.

Indeed, Russian authorities claim that NATO is engaged in a war with Russia through a proxy or a total (hybrid) war; or an economic, information, and cultural war from the West. Russian qualifies EU and U.S. sanctions as an act of aggression.

Throughout all this, Western political leaders have argued that Ukraine is not eligible for collective defense according to Article 5 since it is not a NATO member.

But they have failed to mention that according to one of the three core tasks of the previous concept (Crisis Management), the Alliance was obliged to: “actively employ an appropriate mix of […] political and military tools to help manage developing crises that have the potential to affect Alliance security, before they escalate into conflicts; to stop ongoing conflicts where they affect Alliance security […].”

Arguing that the consequences of a Russian victory in Ukraine would be devastating to European security, I have stressed that Russia must be countered in Ukraine if NATO is to fulfil its main purpose to safeguard the freedom and security of all its members.

While we are not obliged to defend Ukraine, we are committed to defending ourselves. That responsibility just happens to start in Ukraine. NATO needs to help Ukraine to help us stop Russia at Ukraine’s eastern borders to safeguard our common values and principles.

NATO is already a party to a broader conflict, not by its choosing but because of Russia’s aggressive foreign policy. This is the context that the New Strategic Concept, adopted at the Madrid meeting of NATO member states last week, should be read.

According to the new concept, the Euro-Atlantic area is no longer at peace. The Russian Federation has violated the norms and principles that contributed to a stable and predictable European security order. The Alliance, therefore, cannot discount the possibility of an attack against its member states.

NATO has finally realized that it had not been acting in the spirit of its previous strategic concept. But instead of adapting its actions to meet its stated strategic goals, it has adjusted the goals to reflect its statements and actions since Feb. 20, 2014, when Russia started its operation to occupy and illegally annex Crimea.

The earlier version of the NATO Strategic Concept ratified in 2010 stated unequivocally that “NATO has a unique and robust set of political and military capabilities to address the full spectrum of crises – before, during and after conflicts. NATO will actively employ an appropriate mix of those political and military tools to help manage developing crises that have the potential to affect Alliance security, before they escalate into conflicts; to stop ongoing conflicts where they affect Alliance security; and to help consolidate stability in post-conflict situations where that contributes to Euro-Atlantic security.”

Now the 2022 version of this section reads: “NATO Allies have a shared interest in contributing to stability and managing conflicts together through NATO. We will continue to work to prevent and respond to crises when these have the potential to affect Allied security. We will build on the unique capabilities and expertise we have acquired in crisis management.”

The very strong and binding previous text that has been one of NATO’s three core tasks for 23 years is gone. The Alliance is no longer committed to “stop ongoing conflicts where they affect Alliance security.”

While NATO most probably had the inherent risks of the Russian Federation in mind when the statement was originally formulated, it most certainly had Russia in mind when it was deleted.

Many of its member states remain committed to defending democracy beyond NATO’s area of responsibility. The Alliance also stresses that “a strong, independent Ukraine is vital for the stability of the Euro-Atlantic area.” However, NATO is in part stepping away from its role as the defender of international rule of law, liberal democracies and our shared values and principles.

Russia will see this as yet another sign of weakness. As a result, Russia is openly threatening Estonia, Latvia, Lithuania, Poland and Norway.

NATO has, however, recognized that the Euro-Atlantic area is “not at peace.” That is, at least, a hugely important first step towards acknowledging the Russian strategic messaging of being at war.

This commentary is based on two articles that were originally published by EuromaidanPress.

Hans Petter Midttun is an independent analyst, Hybrid Warfare, non-resident fellow at Centre for Defence Strategies, board member Ukrainian Institute for Security and Law of the Sea, former Defence Attaché of Norway to Ukraine, and Officer (R) of the Norwegian Armed Forces.

Hans Petter Midttun is an independent analyst, Hybrid Warfare, non-resident fellow at Centre for Defence Strategies, board member Ukrainian Institute for Security and Law of the Sea, former Defence Attaché of Norway to Ukraine, and Officer (R) of the Norwegian Armed Forces.