On a remote plain on the Belarusian-Ukrainian border the morning of Feb. 24, hundreds of paratroopers from Russia’s 31st Guards Air Assault Brigade boarded helicopters they thought were bound for a training ground in western Belarus.

But once the units were airborne, senior officers turned to the men to tell them that they were actually at war with Ukraine.

Instead of Grodno, they entered Ukrainian airspace on their way to Hostomel airport near the capital city of Kyiv.

“The troops were f*****g shocked, people turned gray, especially considering we took fire in the air,” said Nikita Ponomarev, a paratrooper later captured by the Ukrainians.

In the 100 days since the surprise assault on Hostomel, Russia’s war on Ukraine has shifted from this style of rapid maneuvering to the grinding artillery duels and the creeping Russian advances now taking place in the east of the country.

Likewise, the 31st Guards Air Assault Brigade – an elite airborne regiment based in the southern Russian city of Ulyanovsk – has criss-crossed Ukraine as Moscow’s goals were re-formulated in the face of Ukrainian resistance.

To tell the story of the war so far, The Moscow Times reconstructed the movements of the 31st Brigade over 100 days of brutal fighting in Ukraine that has killed thousands and displaced millions.

The 31st, which previously fought in the Second Chechen War and the 2008 Russo-Georgian conflict, has suffered heavy casualties in Ukraine, and experienced many of the wider logistical and morale problems that have exemplified an often incompetent Russian campaign.

The brigade’s paratroopers were among some of the first Russian soldiers to see action in Ukraine when they fastroped onto the tarmac in Hostomel on Feb. 24 and fanned out across runways, hangars and airport buildings.

Ukraine offered a spirited defense of Hostomel despite the scale of the Russian attack, ultimately preventing Moscow’s forces from capturing the airfield.

A deep thrust behind enemy lines is typical of airborne forces in the early days of a war, according to military analyst Rob Lee. “They’re used to seize air fields, and really important terrain features and targets,” Lee told The Moscow Times.

If the attack had been successful, Russia would likely have used Hostomel’s long runway to fly in additional units and supplies on huge Il-76 transport aircraft.

But it turned out to be a bad miscalculation.

While the threat of Ukrainian air defense systems prevented Russian transport aircraft from flying into Hostomel, Russian ground forces dug in around the airfield and waited for reinforcements that they thought would be brought overland from Belarus.

A report by CNN on the first day of the invasion appeared to show 31st units carrying boxes of ammunition and sporting white arm bands, fortifying the airport’s perimeter. 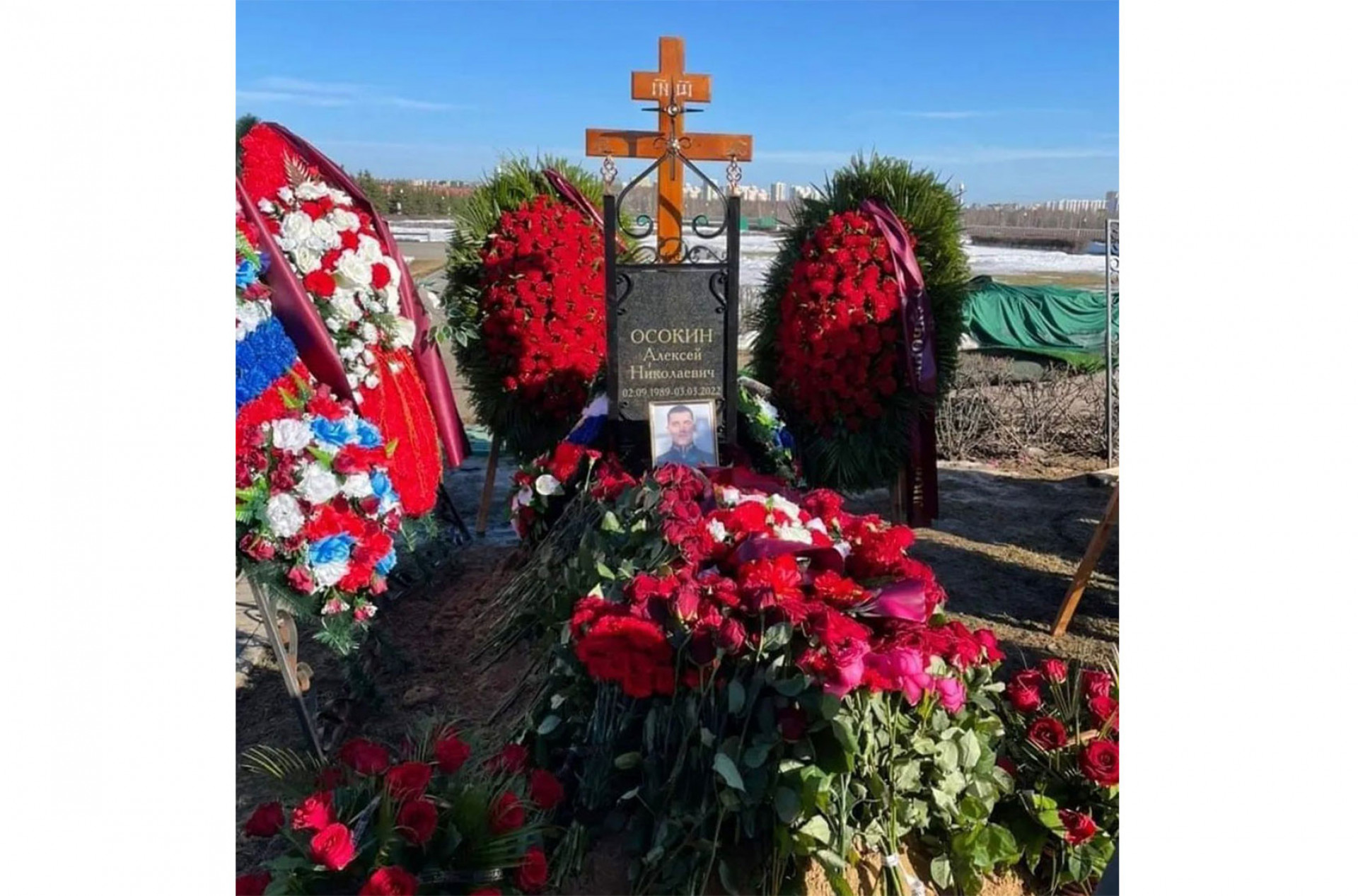 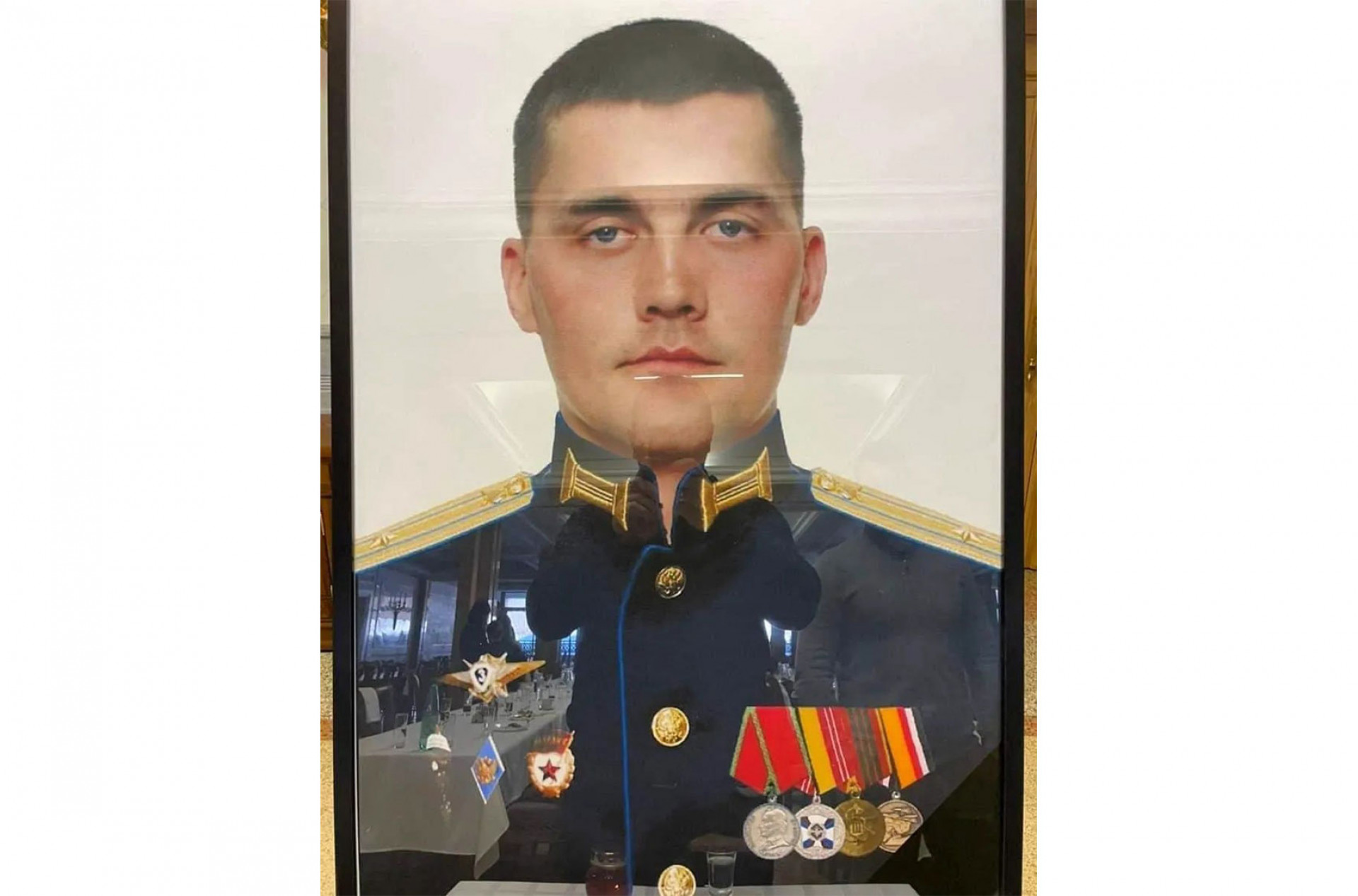 But much of what we know about the dynamics of the Russian attack on Hostomel comes from an interview with captured 31st Brigade paratrooper Ponomarev, who was subsequently interviewed by a prominent Ukrainian blogger who posts videos with Russian prisoners.

Extra equipment and reinforcements were supposed to arrive within 24 hours, according to Ponomarev, but took significantly longer.

“After three days, it was still only us,” he said.

Even as the airport remained unsecured, Russian tanks and armored vehicles flooded into northern Ukraine, heading for Kyiv. In a dramatic address on Feb. 25, Ukrainian President Volodymr Zelensky warned Russia would soon “attempt to storm the capital.”

There was an ominous feeling in the air at Hostomel the next morning, Ponomarev recalled. Suddenly, Ukrainian artillery slammed into the buildings. The barrage lasted two hours, killing dozens of soldiers and destroying large amounts of equipment. “There was nothing left — not even a turret,” Ponomarev said. “Almost nobody survived that day.”

Russia has been reticent about releasing official casualty figures, or confirming deaths to relatives, from the start of the war, making it impossible to know how many men from the 31st Brigade died in the fighting at Hostomel airport.

However, Ponomarev estimated at least 60 soldiers were killed.

A total of 34 paratroopers from the 31st Brigade died between Feb. 25 and March 7, according to a report Wednesday by independent media outlet Mediazona.

One of those killed at Hostomel was likely to have been Sergeant Ilnur Sibgatullin, 31, from Nizhnekamsk, a small city in the republic of Tatarstan. At Sibgatullin's funeral in his hometown six days after the start of the invasion, his former teacher described him as a “kind boy, who makes your soul rejoice.”

Eventually, Russian commanders decided to withdraw from the airfield. 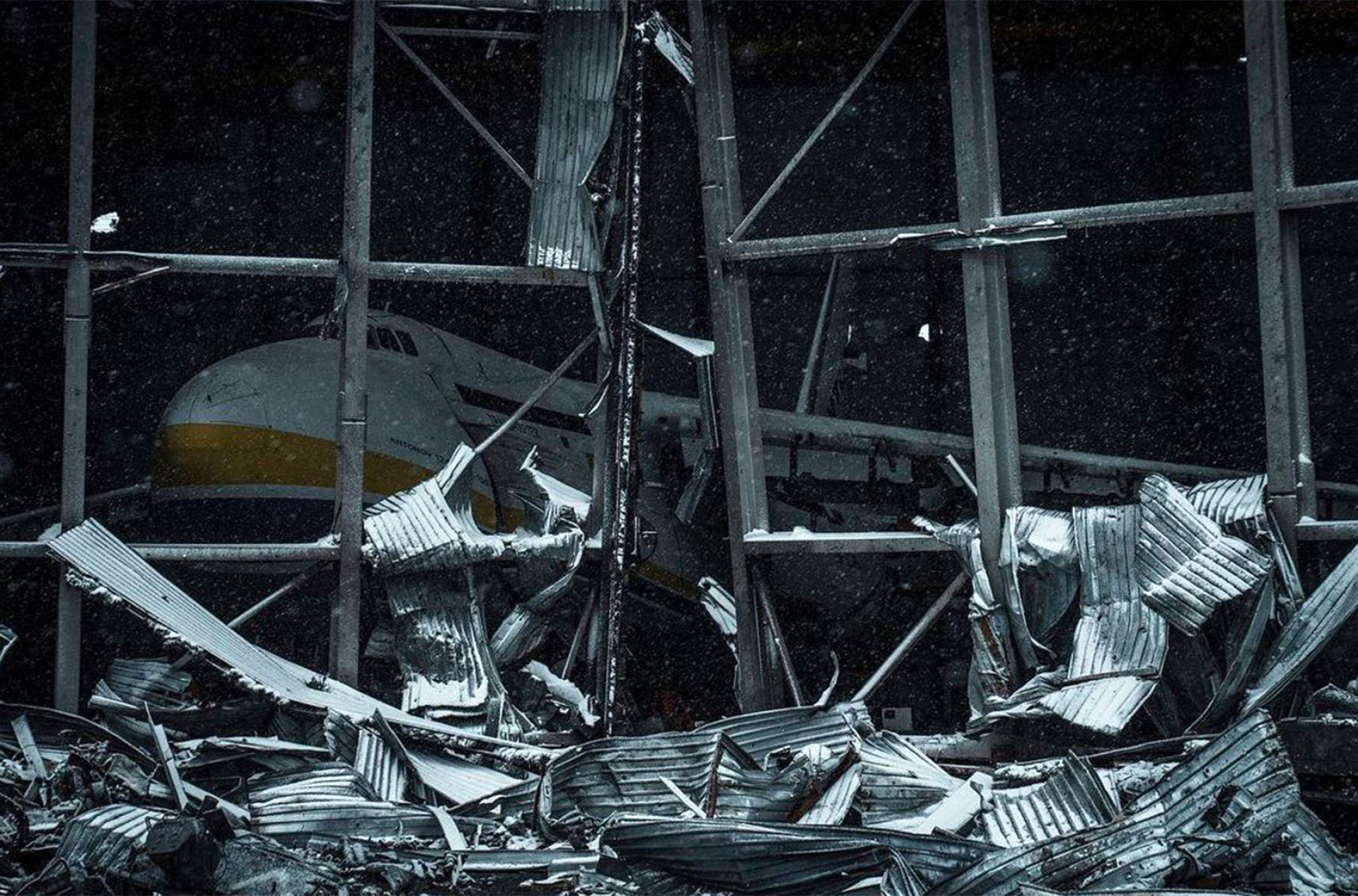 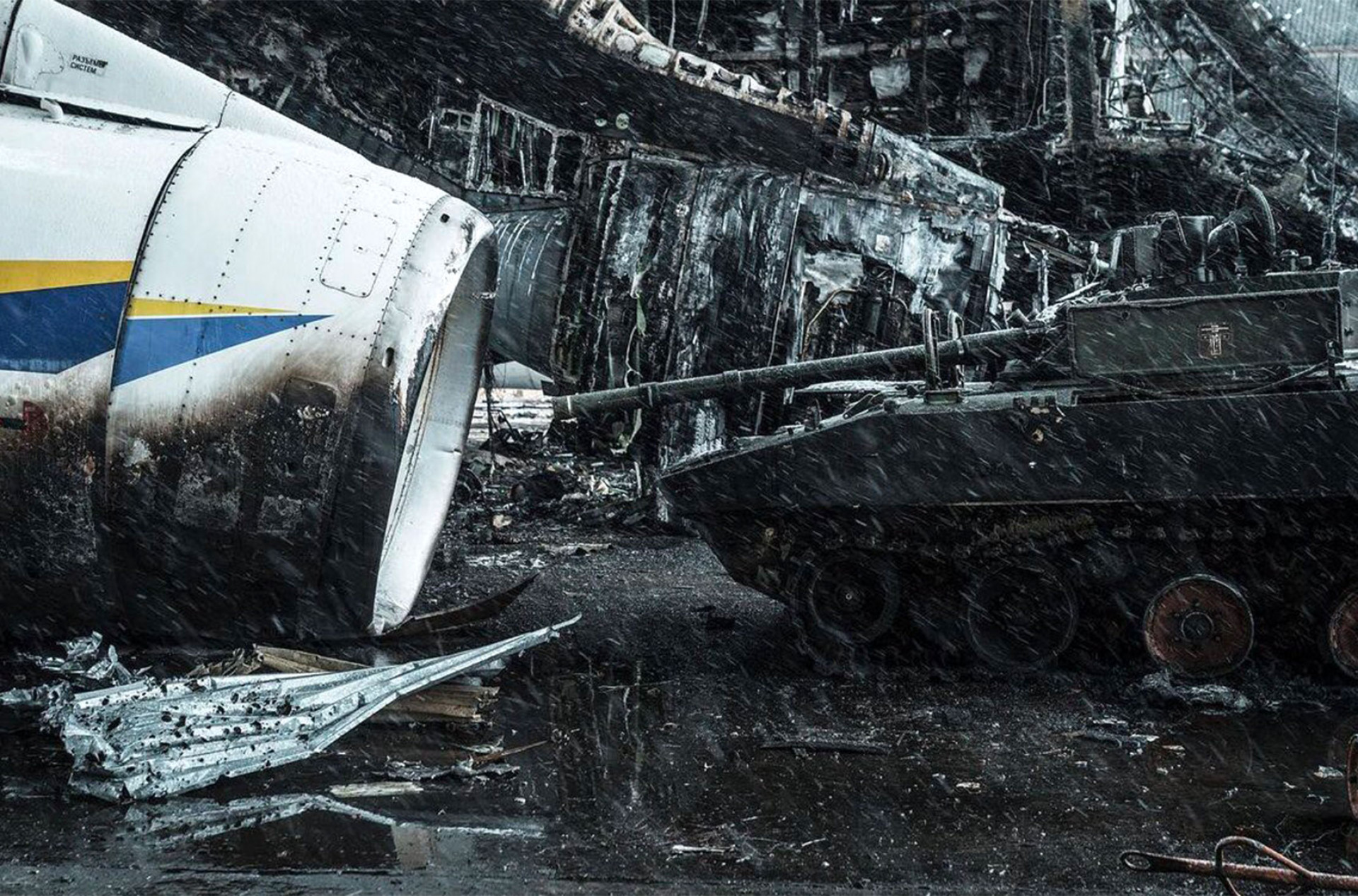 An-225 wreckage at Hostomel. sergi_mykhalchuk 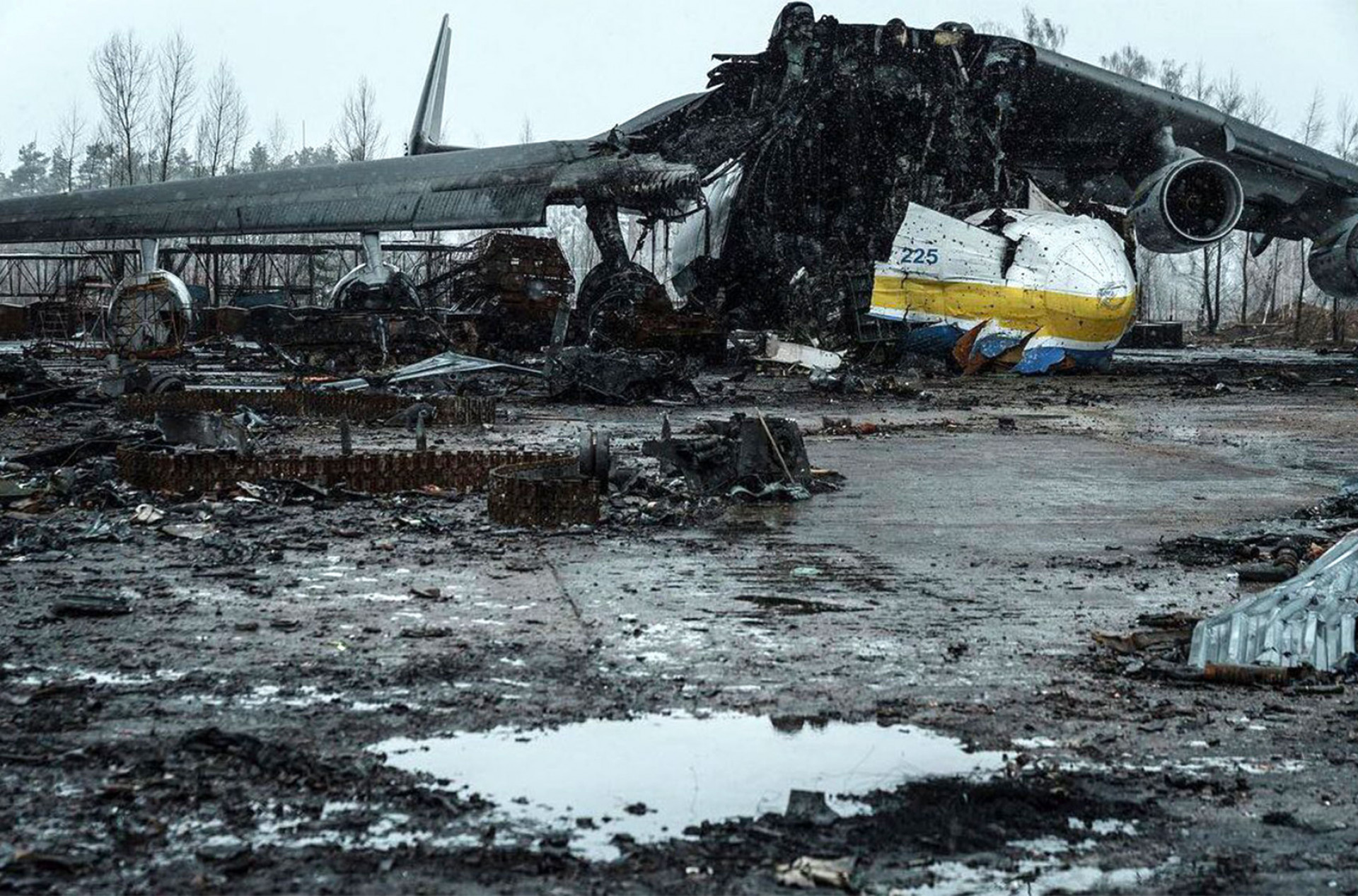 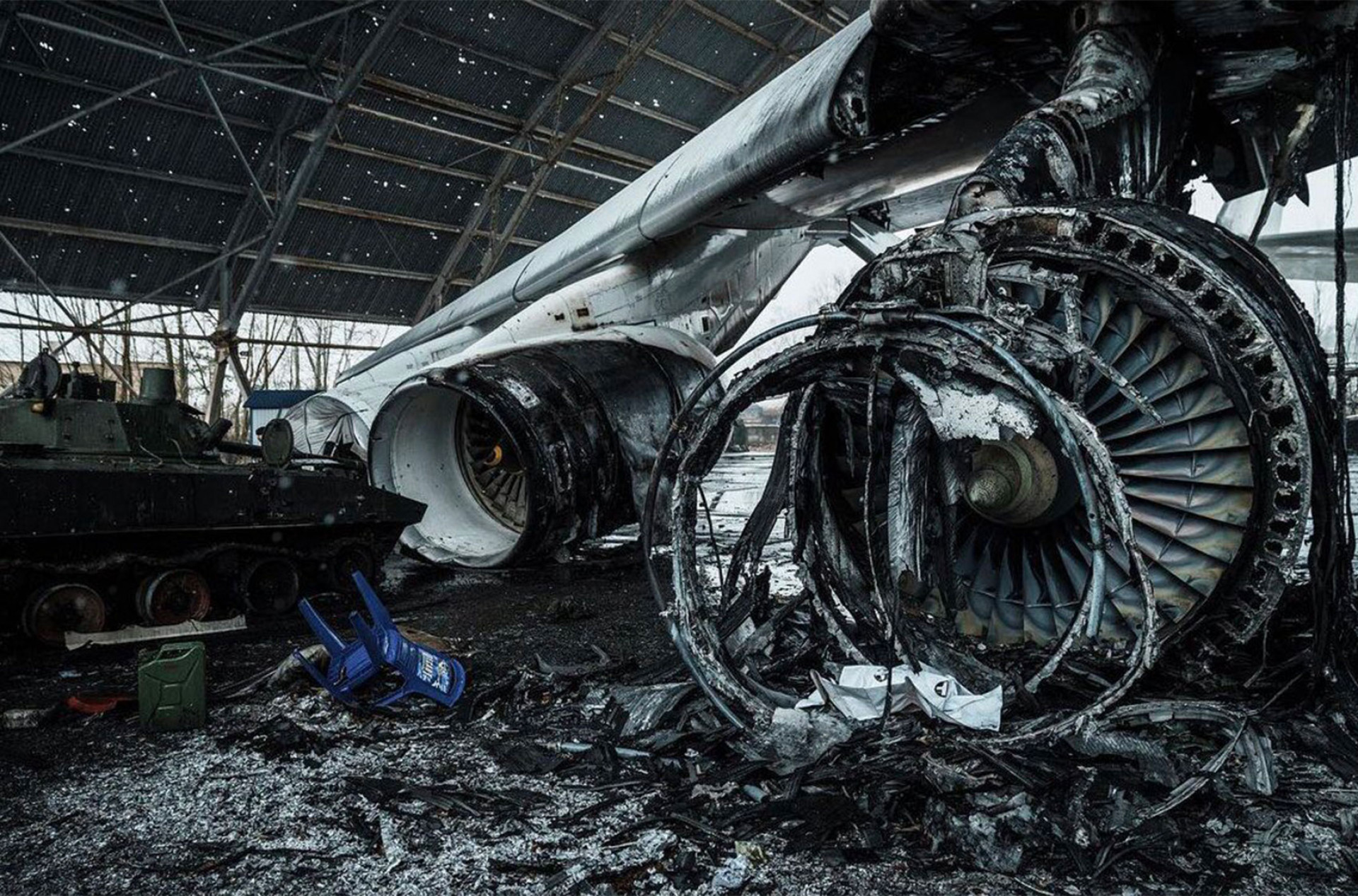 Stationed in the Volga River city of Ulyanovsk since 1993, the 31st is one of the Russian military’s few elite task forces. According to estimates about Russian military unit strength by analyst Lee, the 31st likely committed about 2,000 men to the fighting in Ukraine.

Despite its initial losses, the 31st was quickly thrown into the Russian ground offensive attempting an encirclement of Kyiv in early March.

It was among units deployed to seize the nearby town of Hostomel, according to the Institute for the Study of War, a U.S. military think tank.

As many as 50 paratroopers from the 31st were killed in Hostomel, according to Ukrainian intelligence. Photos showed the bodies of 31st soldiers strewn across pavements and in trenches, as well as on top of burning tanks.

Osokin was “one of the best,” said Radik Zalalov, a soldier with the 31st being treated for wounds in a Belarusian hospital, in an exchange with The Moscow Times on social media.

Officially, Russia has reported 1,351 deaths of its soldiers in Ukraine, less than half the total reported by independent media outlets citing open source data. According to military analyst Michael Kofman, at least 10,000 Russian soldiers have died in Ukraine.

Of these military losses, about 19% were from paratrooper units, reported the BBC.

Using local media reports and interviews with relatives of the deceased, The Moscow Times has identified at least 38 members of the 31st who have died in Ukraine, although the real figure is likely to be significantly higher.

Hundreds of Russian vehicles and soldiers evacuating Hostomel airport as Ukrainian artillery units start to target the airfield reportedly on February 27th. This raises questions on who/how Antonov An-225 Mriya was destroyed as the aircraft is clearly seen intact in the video. pic.twitter.com/rIwytnOkMb

After the Ukrainians successfully blocked the Russian advance on Kyiv in March, the Kremlin opted for a tactical withdrawal and Russian troops – including the 31st – left northern Ukraine on April 1.

The retreat allowed Russia to switch its focus to eastern Ukraine, where it has since sought to encircle Ukrainian-held areas of the Donbas region by advancing north from separatist-held Donetsk and south from the northeastern Ukrainian city of Izyum.

Some of the 31st Brigade were redeployed around Izyum, 120 kilometers south of Kharkiv, according to a friend of one soldier in the brigade.

The remains of the 31st’s two battalion tactical groups fielded in the fighting around Kyiv were likely amalgamated into one BTG in the east, according to analyst Lee.

Details about the movements of the 31st in the third month of the war are harder to establish, but the friend of the 31st Brigade soldier said parts of the 31st were involved in the Russian offensive on the strategic city of Severodonetsk in late May.

Over 80% of Severodonetsk is now under Russian control, Luhansk governor Sergei Haidai said this week as the city appeared on the verge of falling.

In line with other reports from the frontline, the 31st apparently suffered from low morale and inadequate supplies of food and equipment after it was redeployed to eastern Ukraine.

“Wages are not received. There is no drinking water, toilet facilities or electricity in the camp. They [the troops] had to chip in for a gas generator,” Denis Tokarev, an ex-soldier from the 31st who remains in touch with soldiers in Ukraine, told The Moscow Times. “Residents of the [neighboring Russian] Belgorod region brought them food, water аnd supplies.”

Notably, the boxing federation in Ulyanovsk has been appealing to locals to donate supplies to send to the 31st. One of the federation’s social media posts in April promised that the next batch of aid for the troops “will include equipment.”

According to the Ukrainian military, 25 soldiers of the 31st even refused to redeploy to eastern Ukraine. The Moscow Times was unable to verify this claim.

Back home in Ulyanovsk, the most visible reminders of the losses sustained by the 31st are the city’s cemeteries. Photographs shared in May by Russia’s Committee for Soldiers' Mothers showed at least 42 fresh graves, stacked high with roses and carnations.

While opinion polls suggest support for Putin’s war in Ukraine remains high among Russians, the deaths of the young soldiers from the 31st has caused anguish – and some questioning – among their friends and relatives.

Under a post about the recent death of Captain Adam Khamkhoev from the 31st one user wrote: “Why are Buryats, Dagestanis, Russians from the hinterland dying in Ukraine? Where are those from Moscow and St. Petersburg? It turns out the ordinary people go to the slaughter, and the rich — to coffee houses.”

And when the death of Corporal Artyom Fedorov was reported last week, Olga Burmistrova, whose nephew died fighting for the 31st in Ukraine, left a comment on social media site VK to pay her respects to the young man.

“Another from the 31st,” Burmistrova wrote between rows of crying emojis. ”Are there even any left there?”

Thanks for signing up!
Read more about: Ukraine war , Military

‘We Save Everyone’: The Lawyers Helping Russian Soldiers Evade Service in Ukraine

Thousands of Russian contract soldiers and National Guard employees have likely refused to be sent into battle since the start of the invasion.
no let up

Ukrainian forces pulled back to avoid the risk of encirclement, according to one military analyst.
incendiary munitions

A pungent, wax-like substance, white phosphorus burns to the bone if it comes into contact with human skin.
100 Days

In Graphs: How Putin’s Invasion of Ukraine Impacted Russia

From attacks on local enlistment offices to the deaths of thousands of soldiers, here is how Russia has changed in 100 days of war.