Almost 1,900 journalists, including reporters from the UK, Turkey, Ukraine and Estonia, were accredited to attend the event, meaning almost 2,000 questions had been prepared in advance.

Of course, there wasn't enough time for the president to answer every question — so some journalists took drastic measures to catch Putin's eye and stand out from the crowd.

Here's a look at their best attempts: 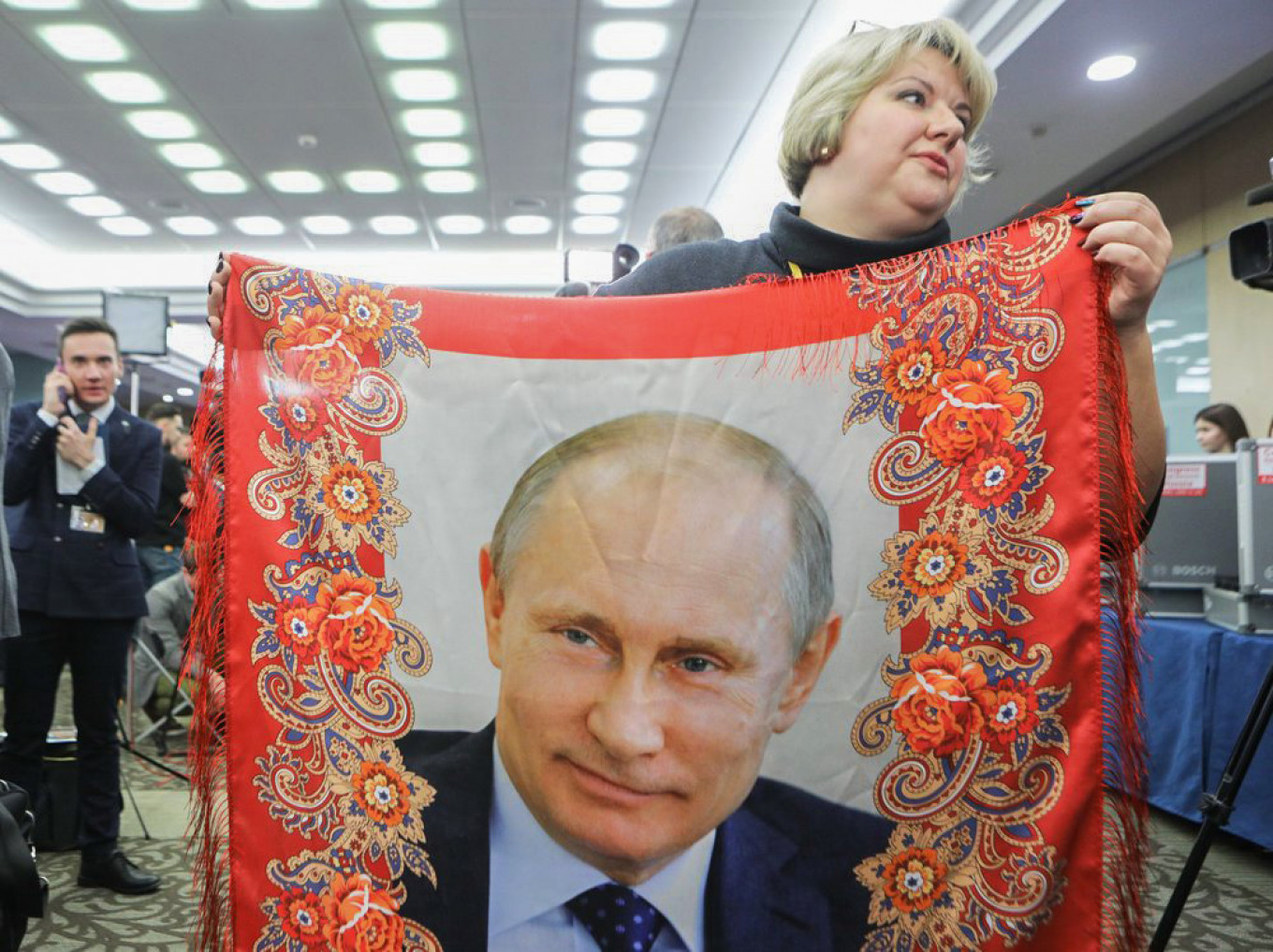 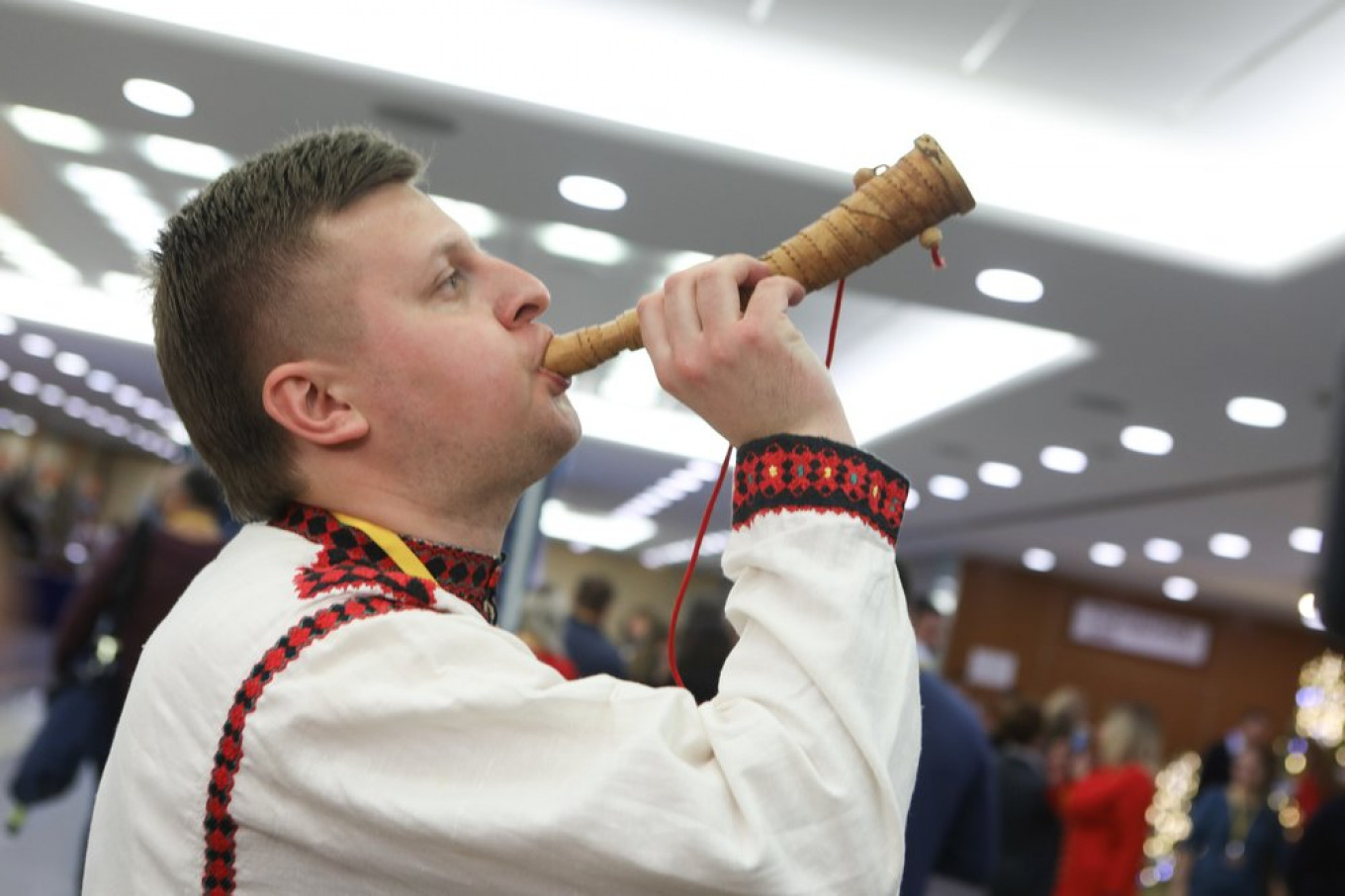 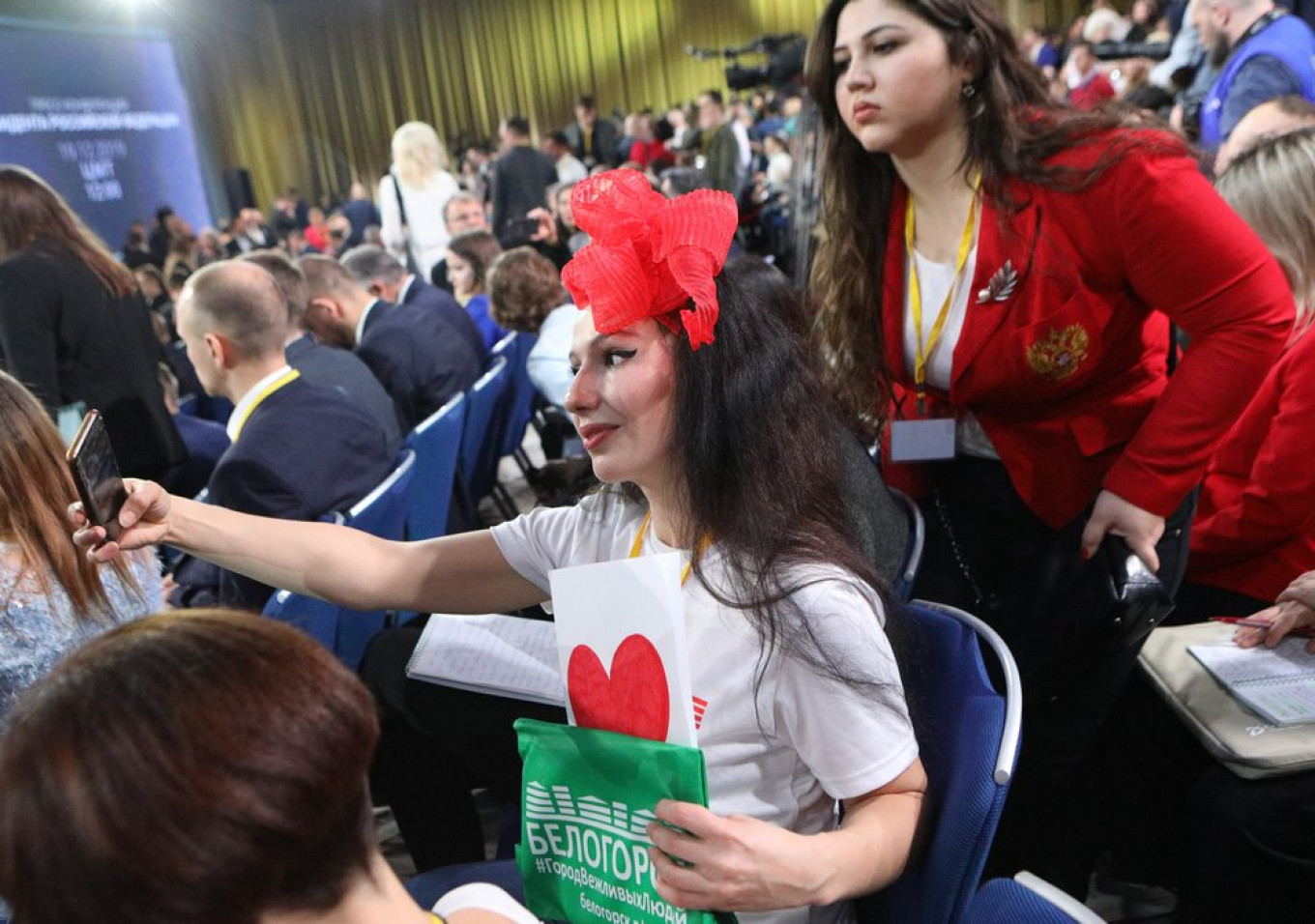 ...Others made emotional appeals to Russia's president, asking him to help with problems in their regions and telling personal stories.
Andrei Nikerichev / Moskva News Agency 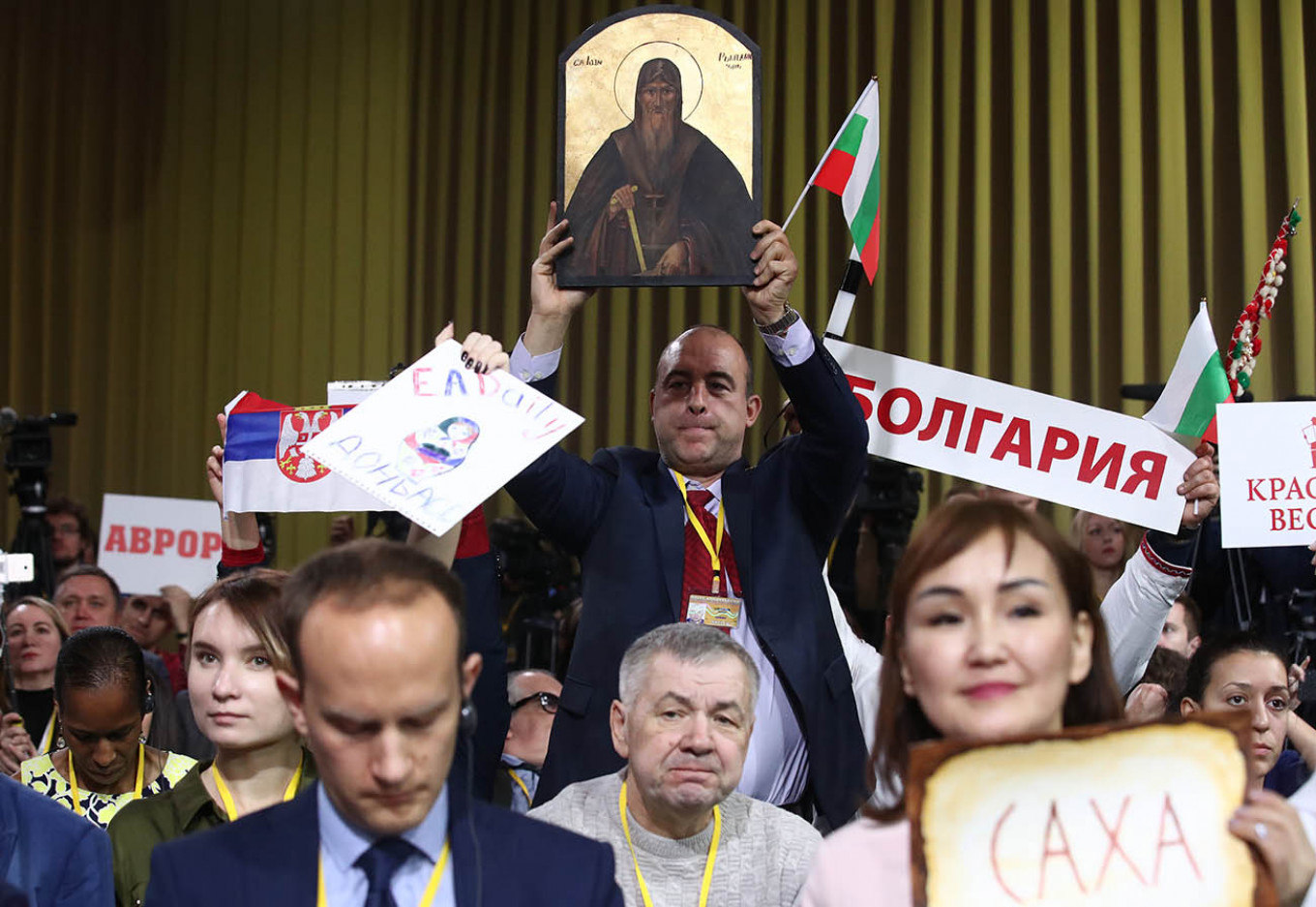 There were some awkward moments too.
Valery Sharifulin / TASS 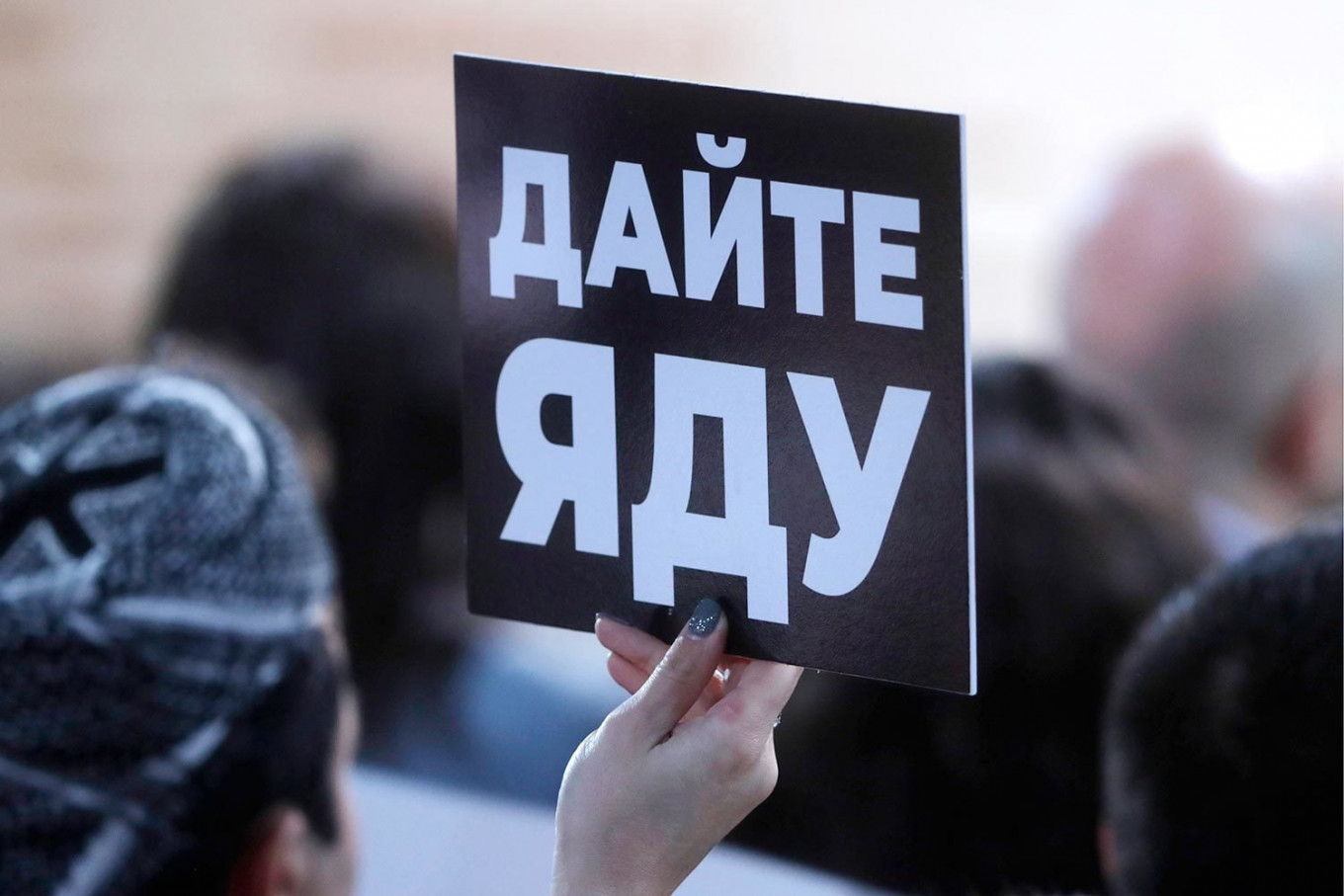 "Give me poison": Journalists try to attract the head of state's attention with colorful and provocative posters every year.
Moskva News Agency 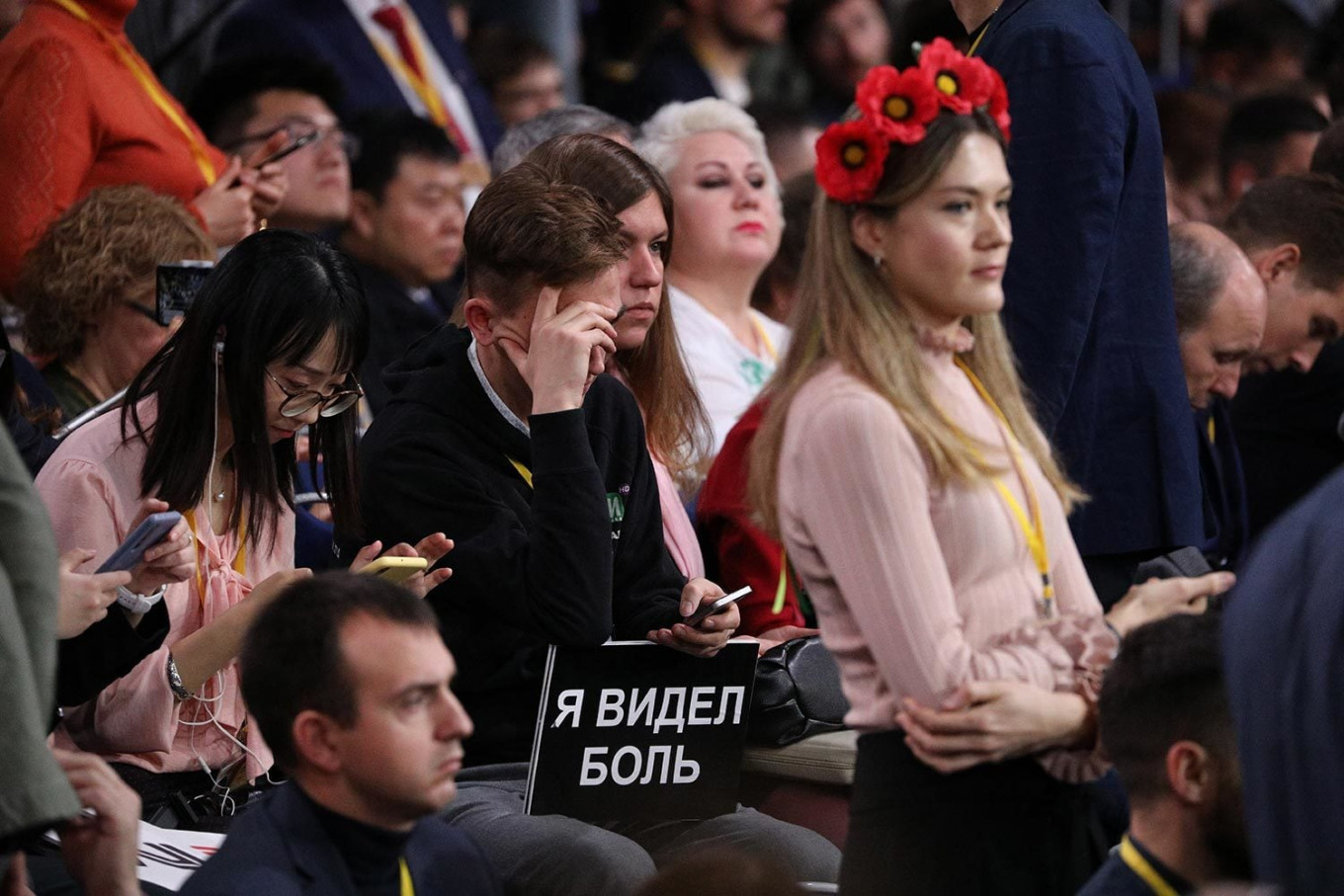 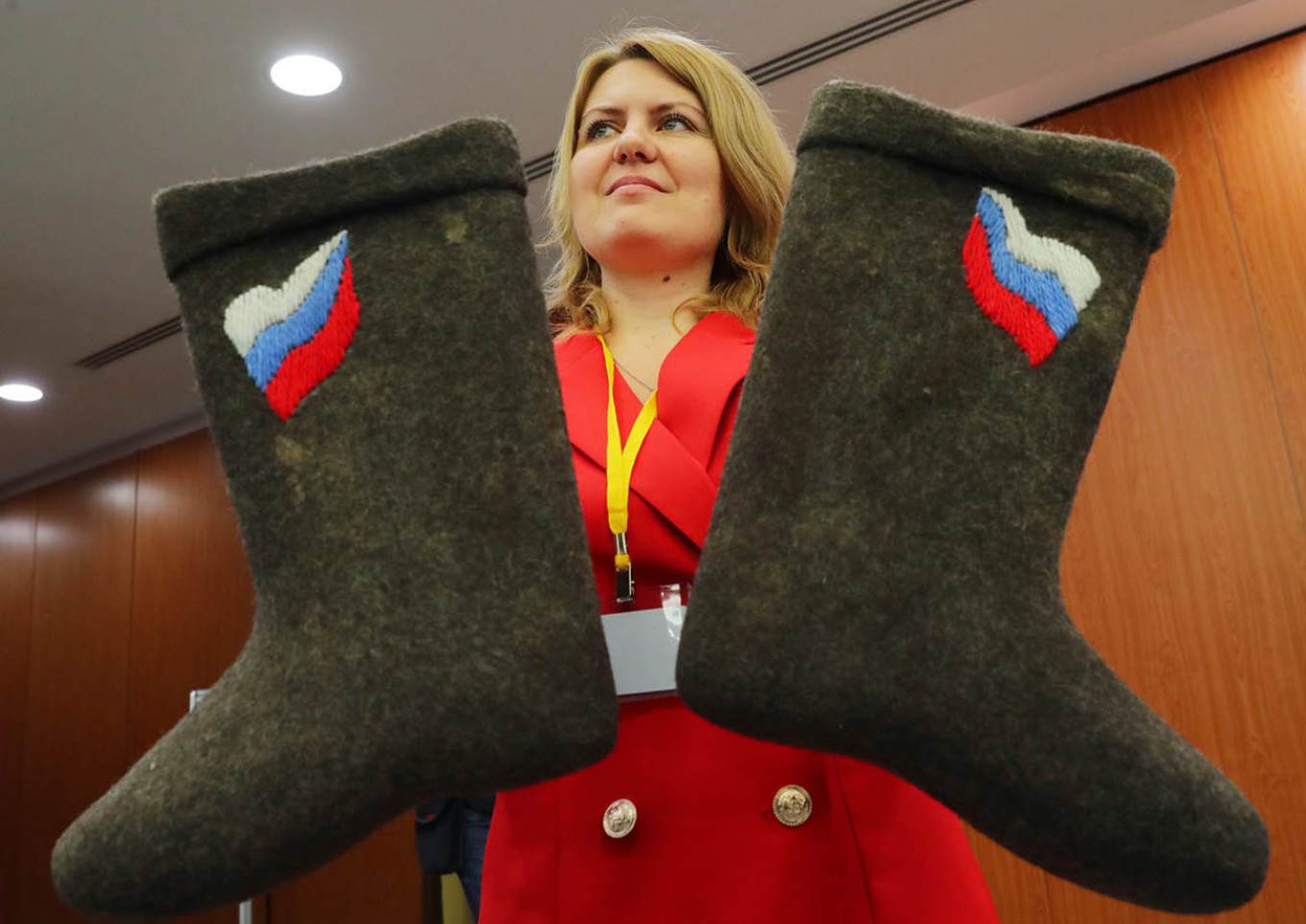 During the event, Putin said that patriotism is the only possible ideology of a modern society.
Vyacheslav Prokofyev / TASS
Read more about: Putin