President Vladimir Putin on Tuesday referred to relations between Russia and Mongolia as "brotherly" during his visit to Mongolia's capital, Ulaanbaatar.

And just as brothers do, Mongolian President Khaltmaagiin Battulga welcomed his Russian counterpart with an elaborate ceremony before negotiations began. The country’s State Honor Guard and an orchestra lined up to welcome Putin at the ceremony.

Later, the two leaders held their negotiations in a Central Asian yurt for an atmosphere conducive to productive talks.

Here's a look at the Russian president's warm welcome: 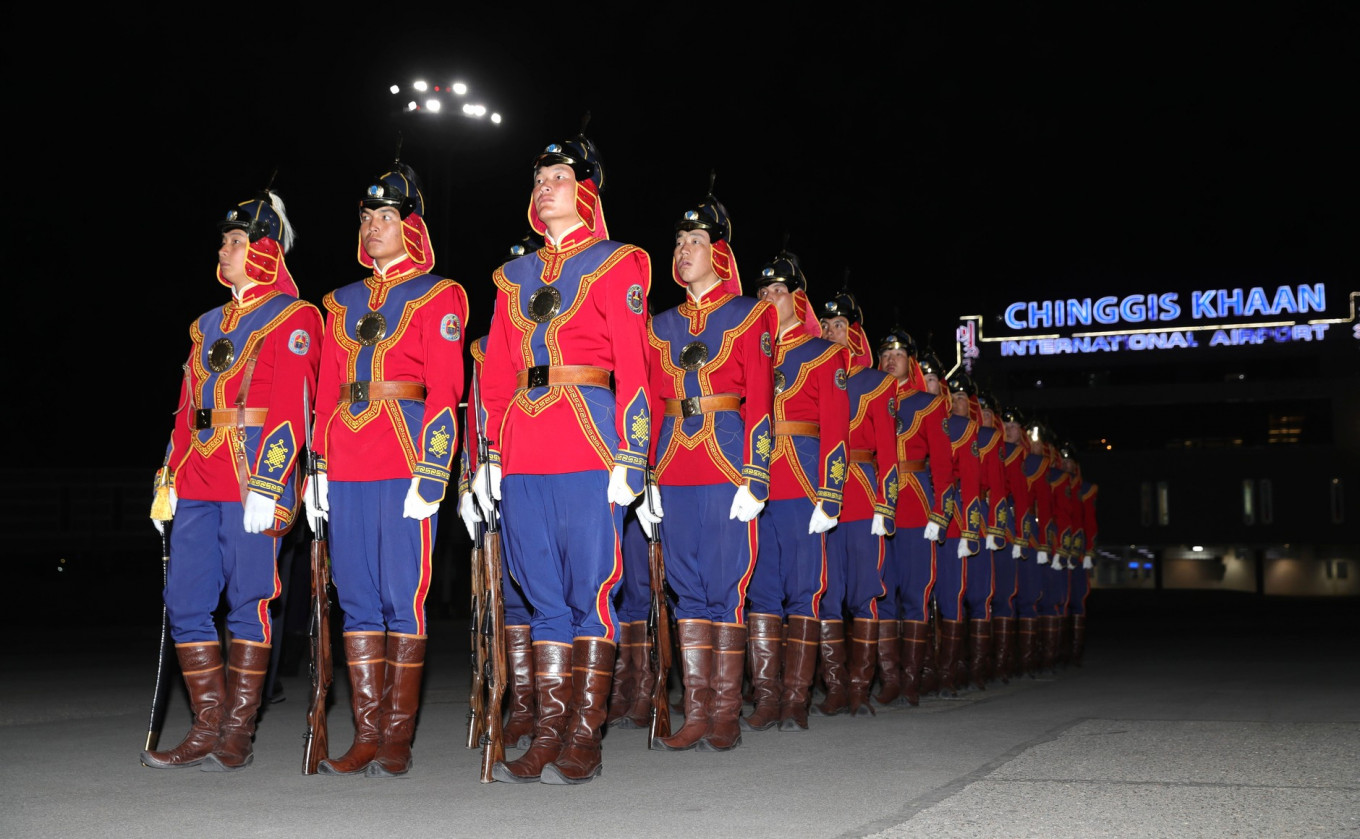 President Putin took part in celebrations dedicated to the 80th anniversary of the Soviet and Mongolian victory over Japan at the Battles of Khalkhin Gol.
Kremlin.ru 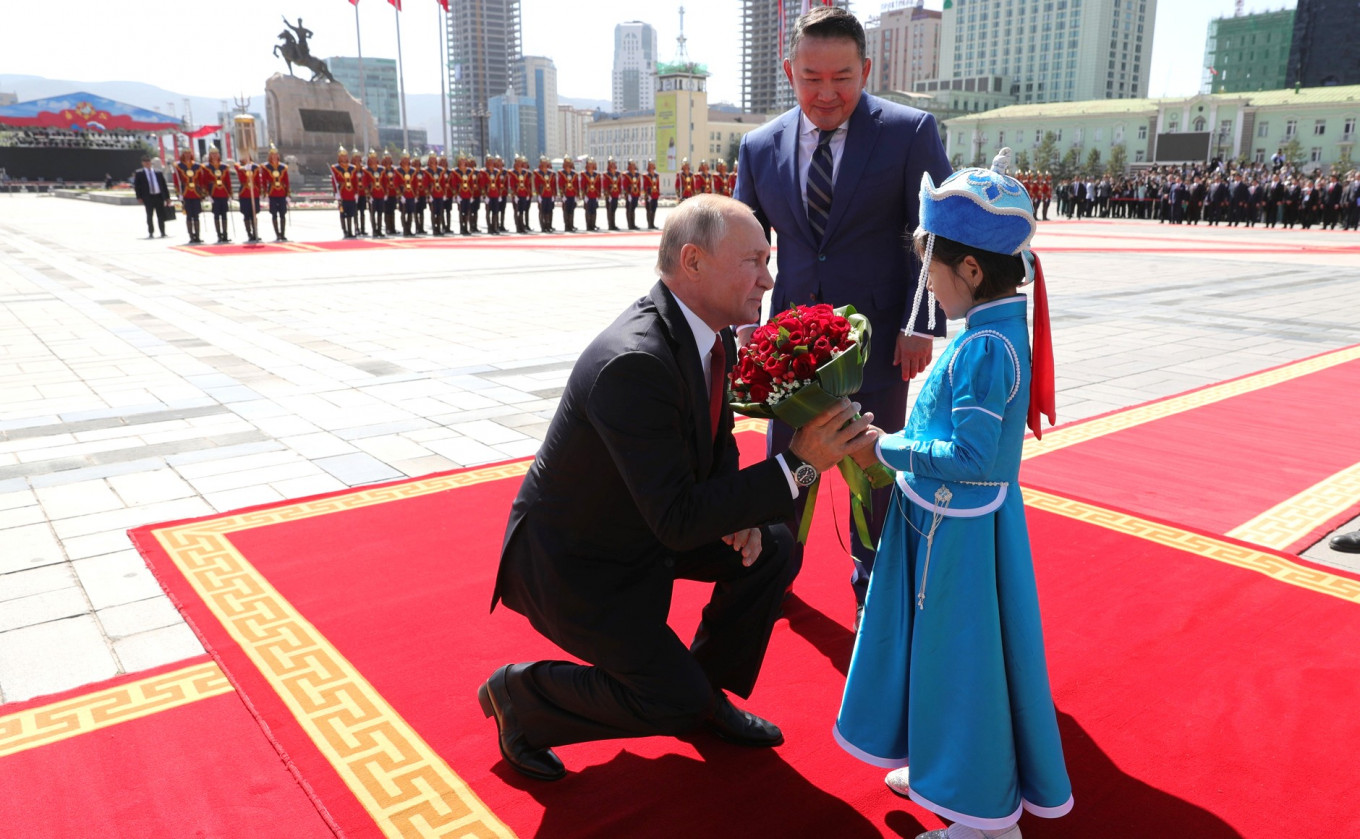 A girl dressed in a traditional Mongolian costume presented a bouquet to Russia's leader, perhaps knowing about Russians' love of giving flowers.
Kremlin.ru 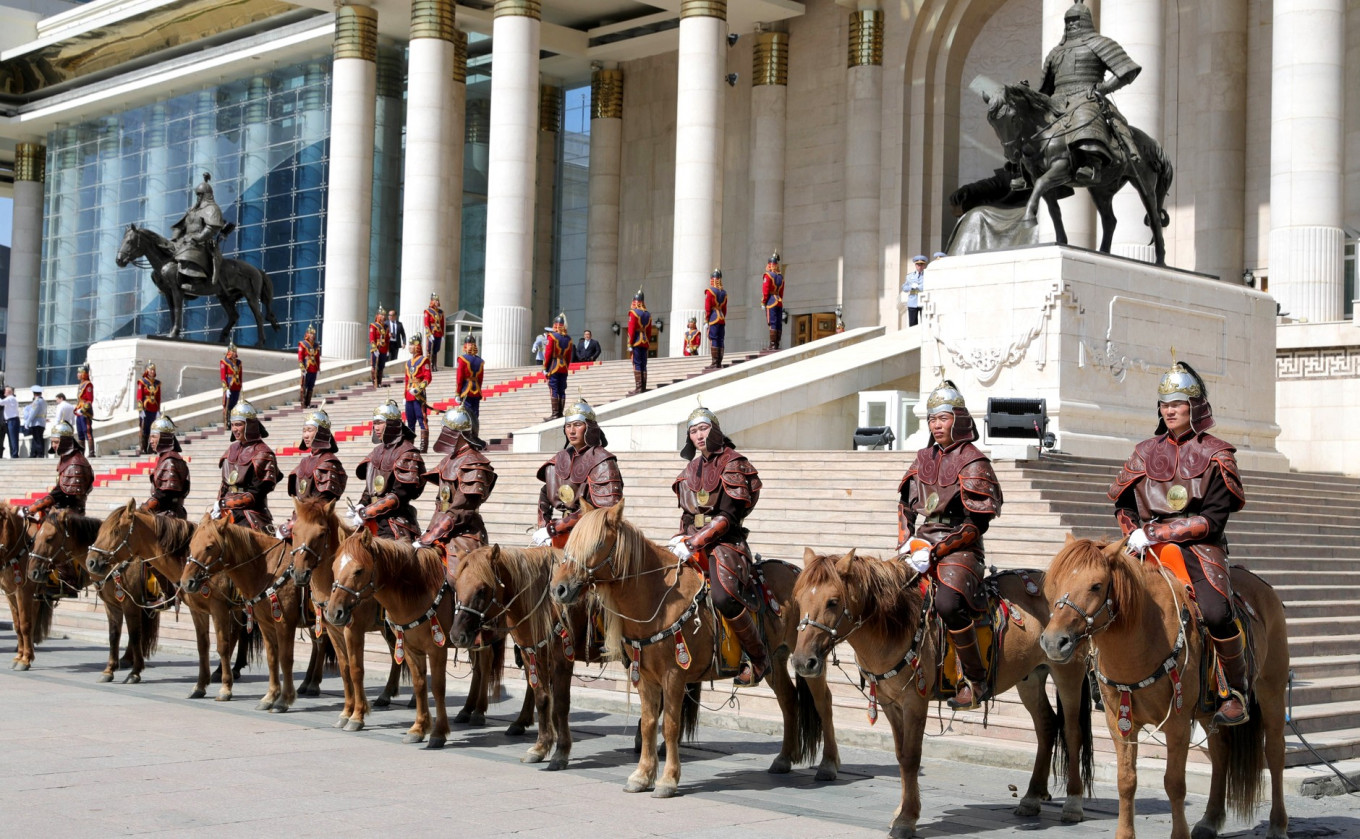 Putin was met by Mongolia's State Honor Guard, an orchestra and a detachment of riders in uniforms designed to resemble the personal guard of the first Great Khan of the Mongol Empire.
Kremlin.ru 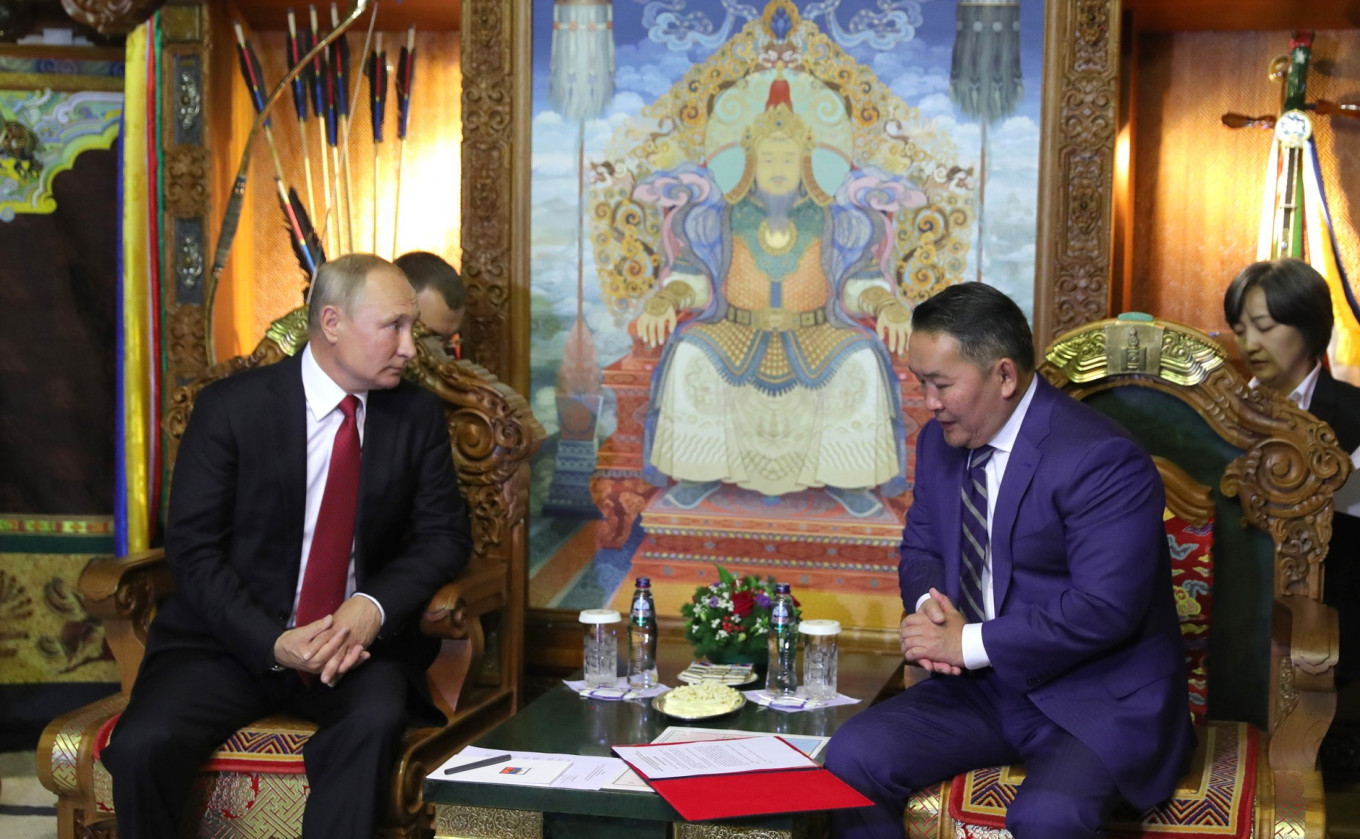 Russia and Mongolia signed an agreement on friendly relations and a comprehensive strategic partnership.
Kremlin.ru 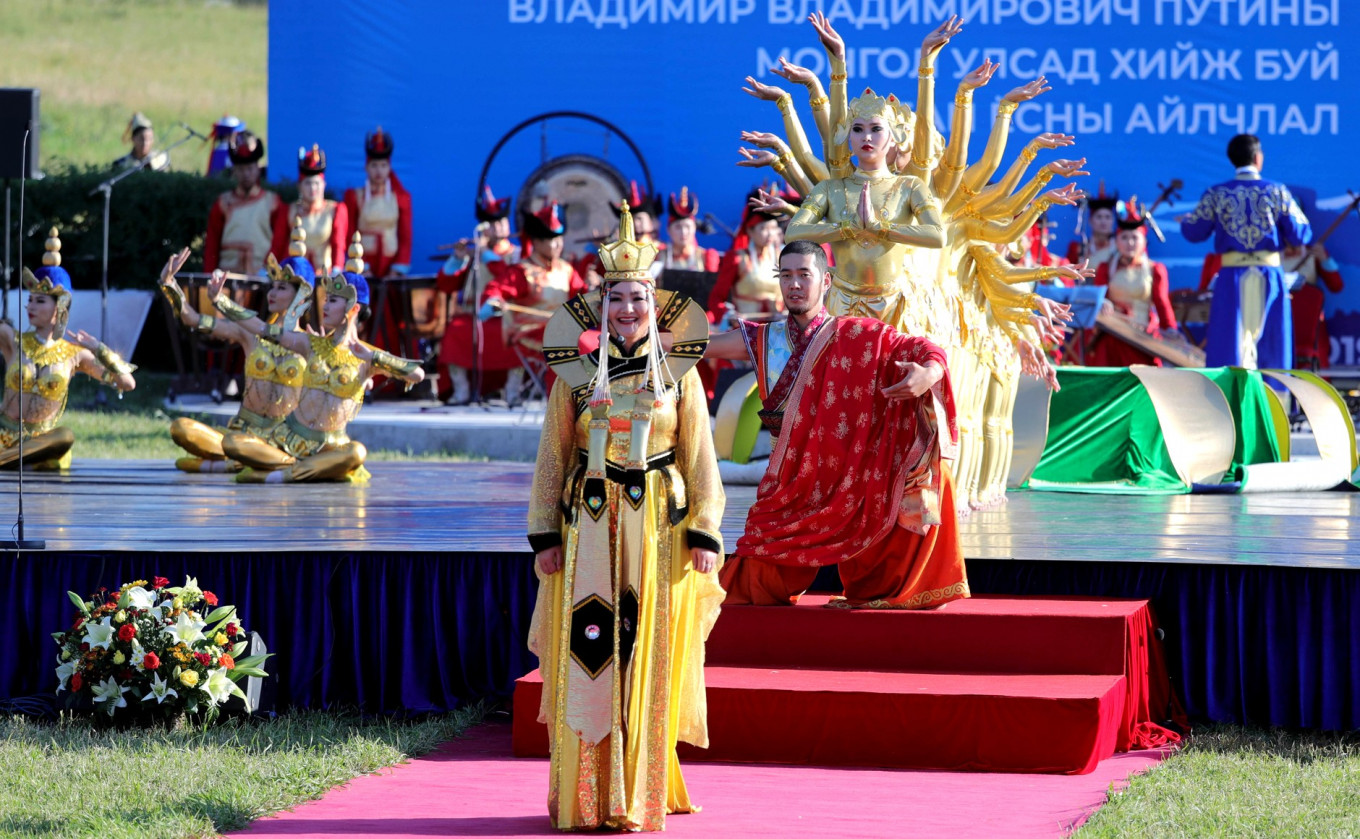 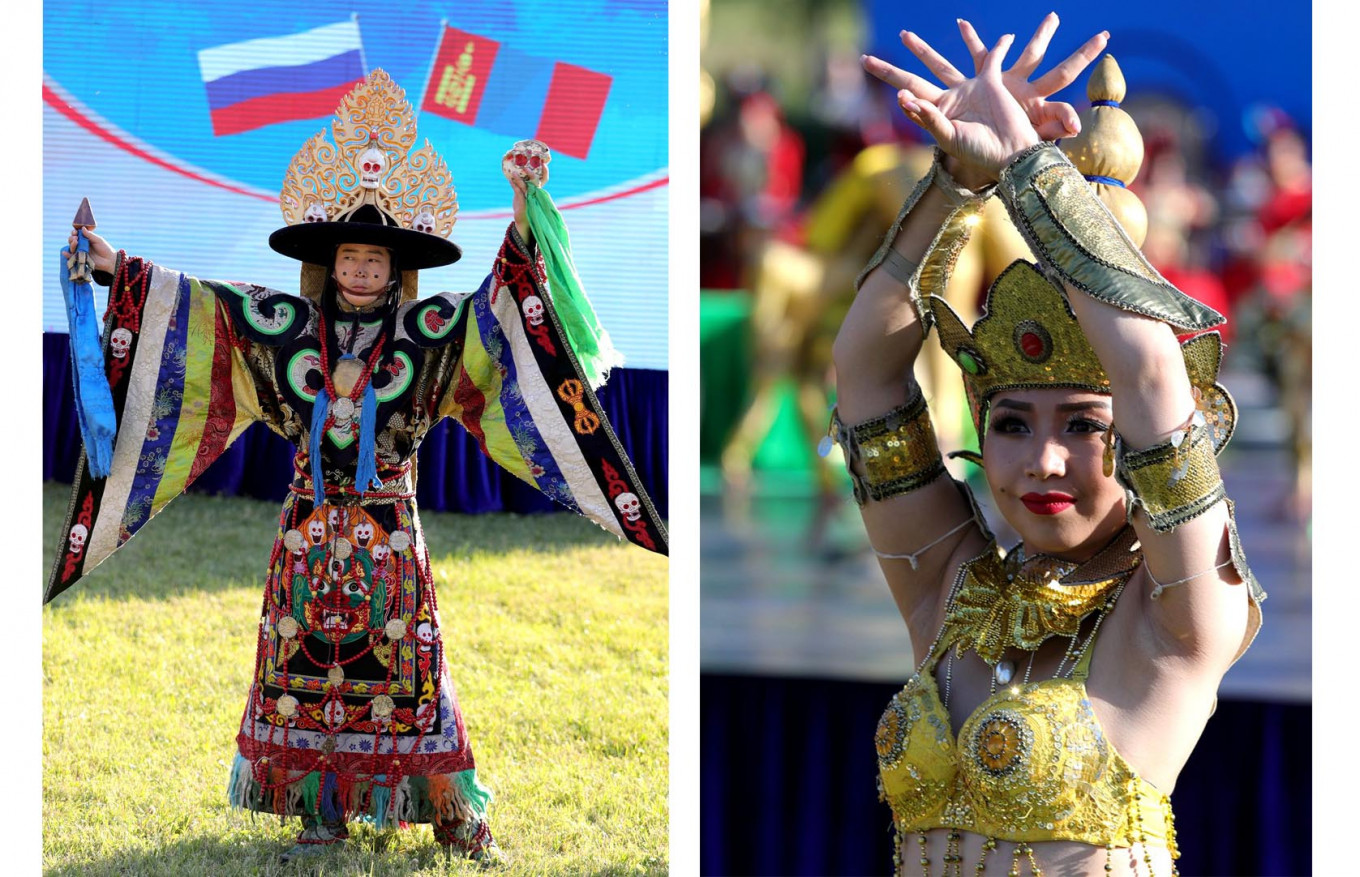 Despite the heat, performers and visitors alike donned traditional costumes for the ceremony. 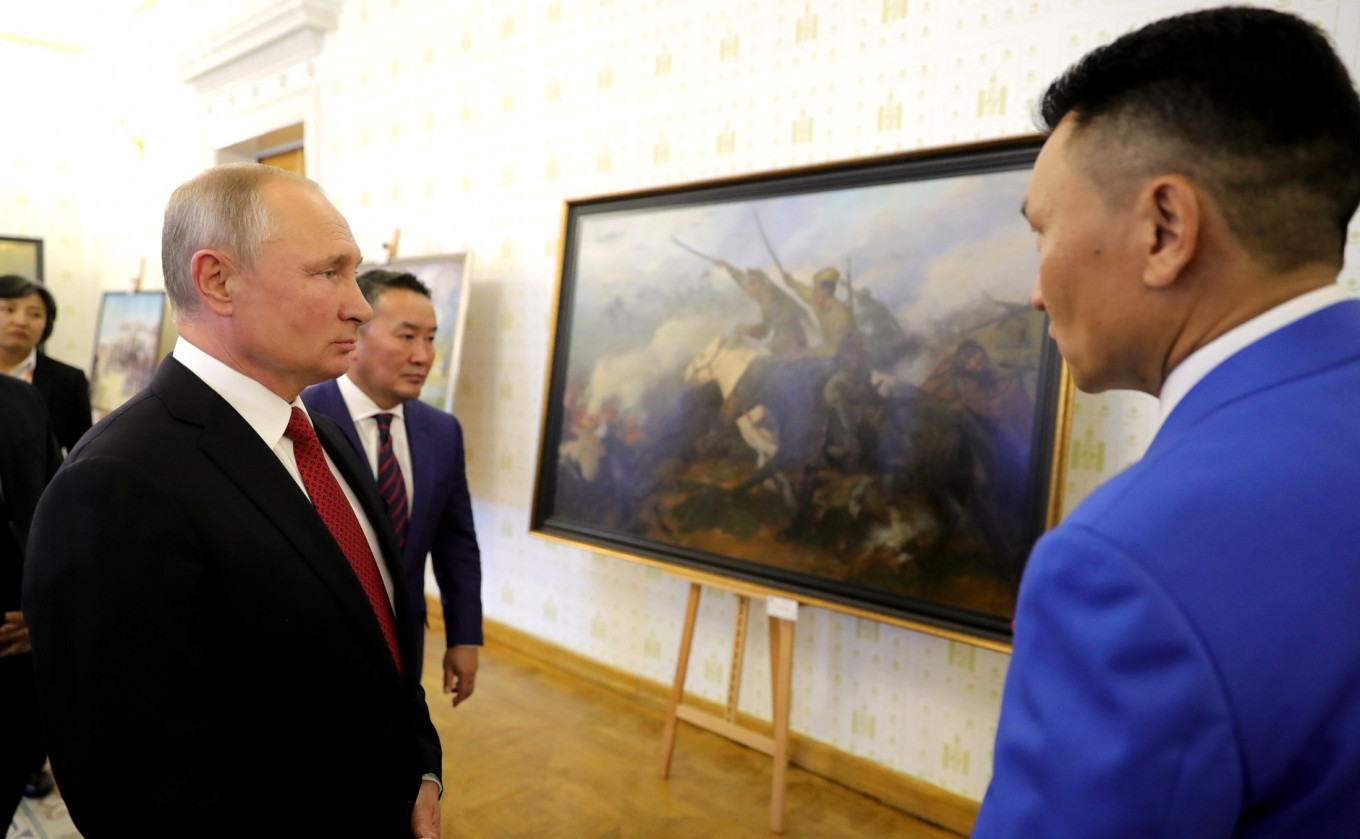 Putin later attended an art exhibition dedicated to the 80th anniversary of the military victory at Khalkhin Gol.
Kremlin.ru
Read more about: Putin