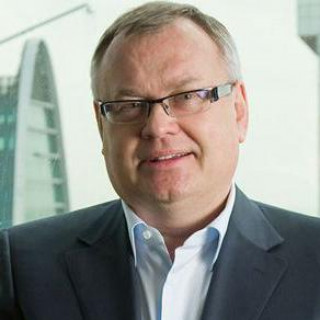 In the almost 50 years since its founding, the World Economic Forum (WEF) has become one of the most authoritative platforms for discussing the most pressing and complex issues on the global agenda.

At the heart of this success lies the organization’s intellectual leadership, its ability to peer beyond the horizon of events to identify the emerging trends that will determine our future, and to find effective solutions to difficult situations.

This is why participation in the work of the WEF is a mandatory agenda item for the leaders of leading states, prominent politicians, the heads of major companies, and representatives of world science and culture. Davos has become a sort of mirror reflecting the situation in the world.

The centerpiece, however, turned out to be the lack of a meaningful discussion and the conspicuous list of no-shows. Media outlets have already reported that the WEF 2019 will be remembered not for those who took part, but for those who did not come — and why.

To paraphrase the Irish writer James Joyce, non-attendance at this year’s Forum was the highest form of attendance — a situation that could not but send ripples of alarm through the normally elevated atmosphere of Davos. In all likelihood, this indicated not any failure of the Forum itself, but a reflection of the confusing and uncertain times in which we live.

With domestic problems mounting beyond control, the current Davos agenda has become largely irrelevant for the leaders of the world’s major economies.

Following are a few reflections on the situation.

Donald Trump canceled at the last moment, ostensibly due to the record-long shutdown of the U.S. government, but actually for a complex mix of reasons.

In fact, the world’s “model democracies” have been suffering a crisis of statehood over the last two years. Most of the U.S. elite were unable to recover from the shock of the “wrong” candidate winning a legitimate victory, and chose to place the blame for this humiliating “mishap” on alleged Kremlin interference in the country’s domestic affairs.

Back in August 2017, former U.S. Vice President Albert Gore delivered a surprising address to the CEOs of the world’s largest companies at a WEF session. The Trump administration had been in power fewer than nine months at that point, but Gore was convinced that the “upstart” would eventually be removed from office, either in connection with Russia, money laundering, or after being found insane.

A significant part of the U.S. establishment is moving inexorably towards this goal, all the while actively playing the Russophobia card. The system of checks and balances has thus begun to self-destruct: the legislative branch of the U.S. government has bound the head of the executive branch hand and foot with its irrational and petty “oversight.”

It is difficult to gauge Trump’s intentions towards Russia, but in the context of this undeclared civil war, his administration would hardly be capable of reaching, much less implementing any bilateral agreements with Moscow in the near future.

Kremlin Does Not Rule out Putin Attending Davos Forum

The U.S. political class and society are deeply divided now, and it is impossible to predict how this confrontation — so dangerous to both the country and the world — will play out. Domestic problems in the U.S. have become a new global risk factor.

Chinese President Xi Jinping chose not to attend the WEF this year. Recall that two years ago, against the backdrop of Trump’s recent election victory and his “American First!” campaign bravado, Xi spoke at Davos in defense of international cooperation, free trade, and economic cooperation. In a broader sense, Xi’s speech was seen as expressing China’s readiness to assume the role of global leader at a time when Washington had forfeited that mission.

Judging by the numerous and weighty trade and economic complaints the U.S. has since leveled against China, it seems the leadership in Beijing was unprepared in 2017 for just how disruptive and anti-globalist Trump’s “America First!” policy could be. Beijing, very reasonably, had planned to continue playing by the previous rules of the game — its mastery of which over the previous 40 years had made possible the Chinese Economic Miracle. The problem came when the country that considers itself Number One in the world decided to change those rules abruptly by unleashing trade wars and throwing up tariff barriers.

The unprecedented severity and complexity of the conflict, as well as both countries’ confusion over this state of affairs, is illustrated by the previously unthinkable series of mutual arrests — including of the top manager of China’s largest technology company, Huawei.

All of this indicates that China should take a “time-out” to re-evaluate the changing global environment, China’s place in it, and prospects for relations with its largest trading partner.

And finally, President Putin also stayed away from Davos. Although he had seriously considered participating, the reason for his decision remains unknown.

The main reason probably stems from the nature of Russia’s current relations with the West. For the first time since World War II, the world finds itself in a dangerous situation in which the leading powers are enmeshed in numerous internal problems that only exacerbate the systemic crisis in global institutions — caused primarily by the policies of the U.S. and its allies. The basic military, political, trade, and economic structures that the West helped create and that formed the framework of the post-war world order are creaking and groaning in near collapse. Although their effectiveness is a matter of debate, for the most part they had worked in the past.

Everywhere the evidences of chaos are growing — in the dismantling of the main strategic stability and arms control agreements, in the use of military force without UN sanction and the desire to reduce this organization to little more than a discussion club, in the use of unilateral economic and financial sanctions to achieve geopolitical goals and unfair competition, and in the destruction of WTO mechanisms and a number of other key trade and economic agreements.

It is alarming that, while breaking down the long-standing international structures, no one is offering any viable alternatives to replace them. Nobody is putting forward a clear vision of a common future — not individual countries and their leaders, and not international organizations, including the WEF.

In other words, the old rules of world order are rapidly losing their universality, and the world’s main players are not yet ready and able to agree on new ones. The absence of the most important guests at Davos is just an isolated incident reflecting the complex processes at work, and that requires comprehensive and deep analysis to understand.

Russia experienced the urgency and gravity of the attendant challenges much earlier than others did. The prescience of Putin’s speech in Munich is now evident. If the West had heeded Russia’s concerns then, subsequent events — including the most intractable — would doubtless have unfolded differently. Now Russia’s relations with the West are “on hold.”

How long this pause lasts depends on Russia’s partners. The two sides have no reasonable alternative to continuing their broad cooperation in security, the economy, finance, and culture. Of course, they will have to meet each other halfway, learn to understand and respect each other’s arguments, patiently look for new approaches and solutions, and find the courage to accept even uncomfortable realities.

The WEF sets a good example in this respect. The Davos attendees clearly stated that the world, founded largely on Western values, is now moving towards a more complex order based on “multiple concepts.”

Just when Russia’s Western partners will translate this important realization into concrete political action is difficult to say. For now, Russian and Western leaders simply have no qualitatively new agenda for constructive and substantial dialogue. And perhaps this is why the Russian leader chose to stay home this year.

A version of this article was originally published in Vedomosti.

Andrei Kostin is the President and Chairman of VTB bank.

Andrei Kostin is the President and Chairman of VTB bank.

Thanks for signing up!
Read more about: Economy

The importance of SMEs to the Russian economy is falling, despite government targets.
FINANCIAL STABILITY

New Russian Prime Minister Is No Stranger to Business Community

Investors say he will promote digitization, while critics claim he has taken credit for natural progression.