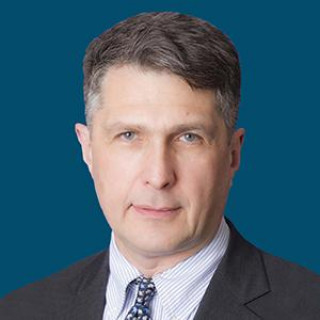 “It was worse than a crime, it was a mistake,” so spoke Napoleon’s police chief Joseph Fouche upon learning about the execution of a Bourbon prince on Napoleon’s orders. Napoleon’s swift justice was supposed to deliver a blow to his adversaries — a win — but instead antagonized the rest of Europe.

The Helsinki summit was a win for Putin, as shockwaves from Trump’s kowtowing to the Russian president spread on both sides of the Atlantic. Putin must have left Helsinki thinking that he had just scored another big win against his U.S. counterpart mired in the Kremlin-provoked criminal investigation back home. 'Mission accomplished!' Or is it? Will the decline of the West and the dismantling of the U.S.-led liberal international order so desired by Putin, and so eagerly facilitated by Trump, be good for Russia? Was the post-Cold War period of Western dominance as harmful to Russia as the Kremlin has been telling its citizens and the rest of the world? And what is likely to replace it?

A longstanding staple of the Kremlin’s narrative is that the West exploited Russia’s domestic troubles and retreat from the world stage in the 1990s. According to the Russian version of events, Russia was too weak to resist the West's trampling of its interests and relentless geopolitical expansion at Russia’s expense. As Russian domestic politics stabilized and the economy recovered on Putin’s watch, the Kremlin began to stand up to the West in defense of its interests. In Moscow’s telling, it had no choice but to go to war twice — in Georgia and in Ukraine — to stop the West’s onslaught.

But was the era of U.S.-led Western dominance really so bad for Russia? No denying, the 1990s were a horrible decade for it, but that was hardly the West’s fault. In fact, the West acted as Russia’s principal source of desperately needed aid when its economy collapsed.  Marshaling billions of dollars to bail out Russia was one of the key policy priorities for Western governments for more than a decade. Western advisors, much maligned for their supposedly faulty advice to the Russian government, played a crucial role in designing and implementing badly needed economic reforms.

Far from perfect, Western technical assistance paid off for Russia even before oil prices began to climb around the turn of the century and lifted the Russian economy. Putin’s economic miracle would have been impossible without those reforms and the West’s financial and technical help.

And that’s not all. The United States spent many billions of dollars to relocate to Russia and secure the remnants of the Soviet nuclear arsenal scattered across several republics of the former USSR. Would Russia have been more secure if Ukraine on its southwestern border and Kazakhstan on its southeastern border had retained control over nuclear weapons deployed on their territory? The Budapest agreement, which committed Ukraine to give up the third largest nuclear arsenal in the world, and which Russia violated when it annexed Crimea, would not have been possible without active involvement by the United States and its allies.

NATO enlargement is another major Western pursuit that supposedly damaged Russian interests and thus triggered countless Russian objections. Those objections focused on NATO as a military alliance, the threat to Russian security resulting from its growing physical proximity to the Russian heartland and the alleged exclusion of Russia from European security decision-making due to its non-member status.

This too is doubtful. By any measure, NATO enlargement was accompanied by the dismantlement of its capabilities for conventional warfare in the European theater. The United States and its allies, eager to maximize the post-Cold War “peace dividend” and preoccupied with contingencies far beyond Europe, had effectively turned NATO into a demilitarized zone, which posed no threat of invasion to Russia, but provided an unprecedented degree of stability and security for Central Europe. How many tanks did the United States have in Europe in 2014? Zero.

It is hard to find another period in Russian history when its western border was as secure and free of the threat of invasion as between 1989, when the Berlin Wall came down, and 2014, when Russia invaded Ukraine. As to the charge of excluding Russia from European security decision-making, it does not really stand up to scrutiny. Given its size, history, and web of relationships with all major European powers, is it really possible to ignore Russia?

Is the current sad state of the Western alliance really a cause for celebration in Moscow? What is likely to come after it? Are Russian interests better served by political paralysis in the United States and Germany, a divided European Union, and Poland and Hungary consumed by xenophobia, and nationalism? Does it make Russia more secure? More prosperous? If not the West, who else would have come to Russia’s rescue at the end of the Cold War with the magnanimity and the generosity displayed by governments striving for a long-term partnership with Russia  — China?

These are not questions merely of historical interest. As China emerges as both the alternative to the West and Russia’s preeminent partner, and the West is in disarray, Russian critics of the West should ask themselves what it would have been like had the West not been there in their country’s hour of need, and what it will be like if China supplants the West as the global rule-maker.

Eugene Rumer is a senior fellow and the director of Carnegie’s Russia and Eurasia Program. He is the author of "The End of a Monolith: The Politics of Military Reform in the Soviet Armed Forces," "Russian Foreign Policy Beyond Putin" and several other books. The views expressed in opinion pieces do not necessarily reflect the position of The Moscow Times.

The Attorney General revealed the Special Counsel's findings in a press conference Thursday.
No collusion

“‘The mountain gave birth to a mouse,’ as they say,” he said.
Real deal

Trump was looking for a deal at the same time Russia might have been conducting a campaign to boost his candidacy.