President Vladimir Putin’s larger than life persona was elevated to new heights Wednesday with the opening of an art exhibition glorifying the Russian leader’s “superhuman” qualities.

The ‘SUPERPUTIN’ exhibition, which opened on the same day that Putin announced his reelection bid, portrays the president as a Roman emperor, Santa Claus, a superhero fighting terrorists during a lunch break and an Olympic athlete shooting a “Putin blaster.”

The president is almost guaranteed to win a fourth term in office in next year’s presidential elections, which would extend his rule into 2024. He announced his bid on Wednesday in front of crowds of cheering workers at a car factory in the city of Nizhny Novgorod. 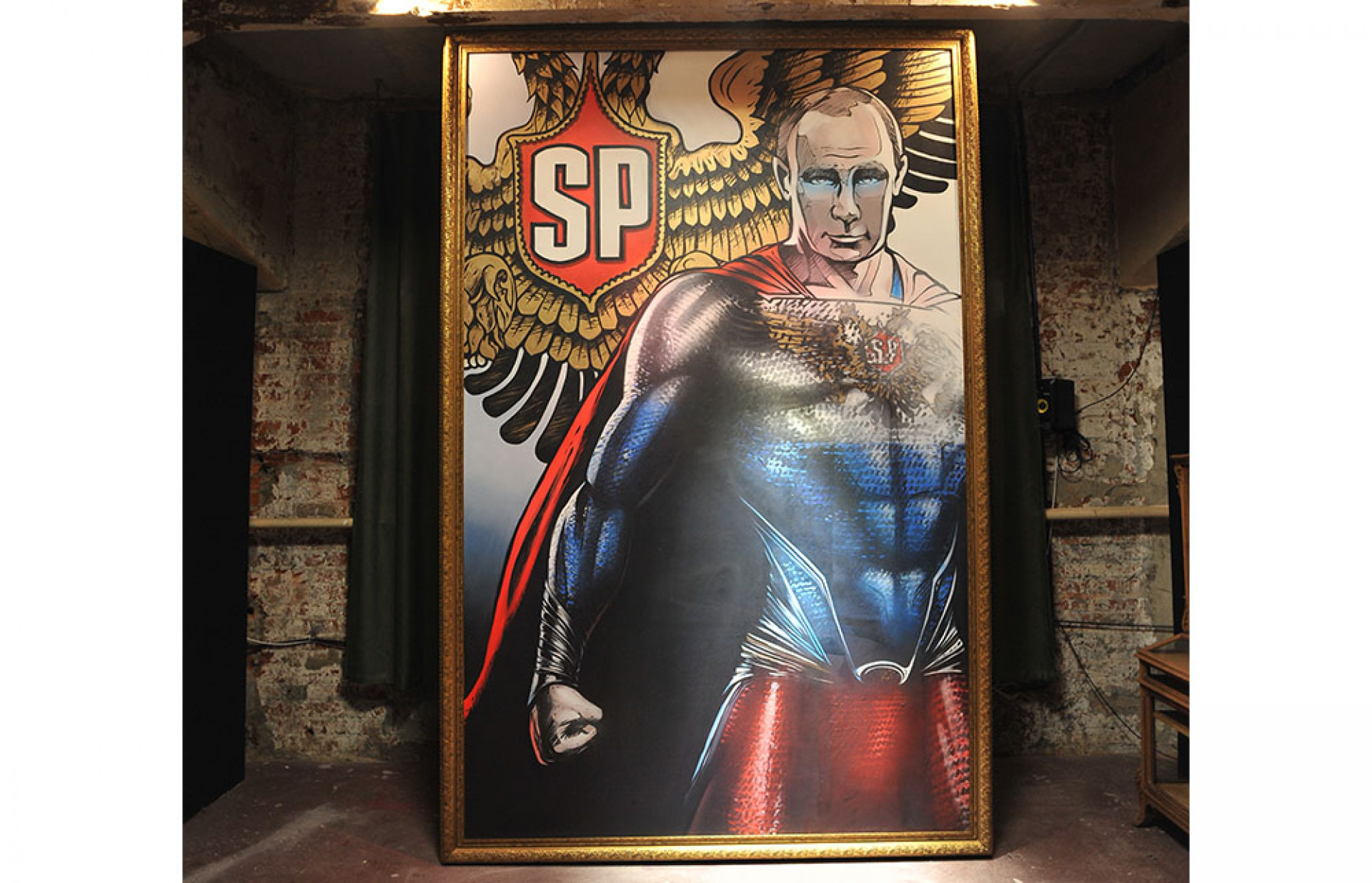 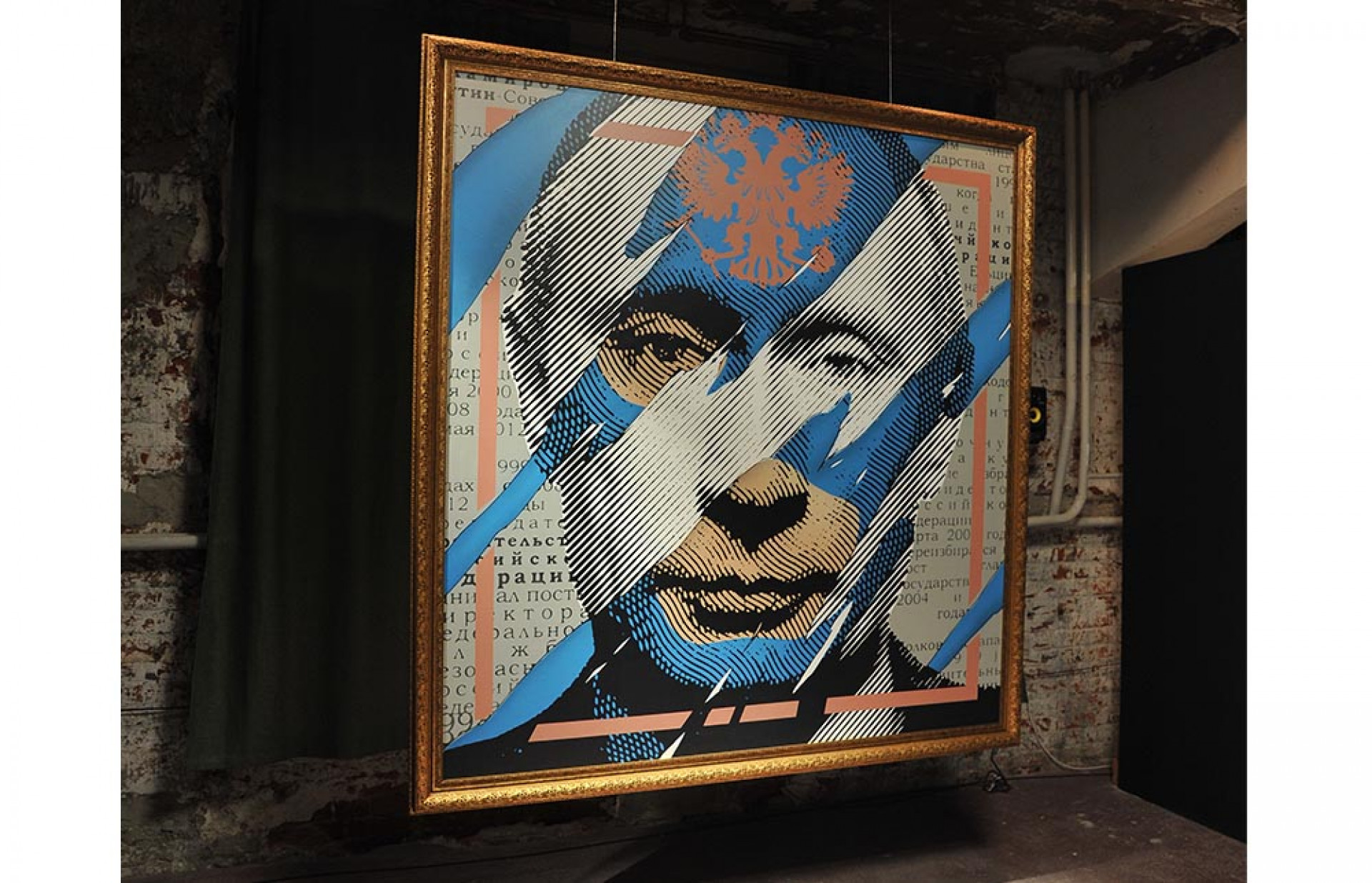 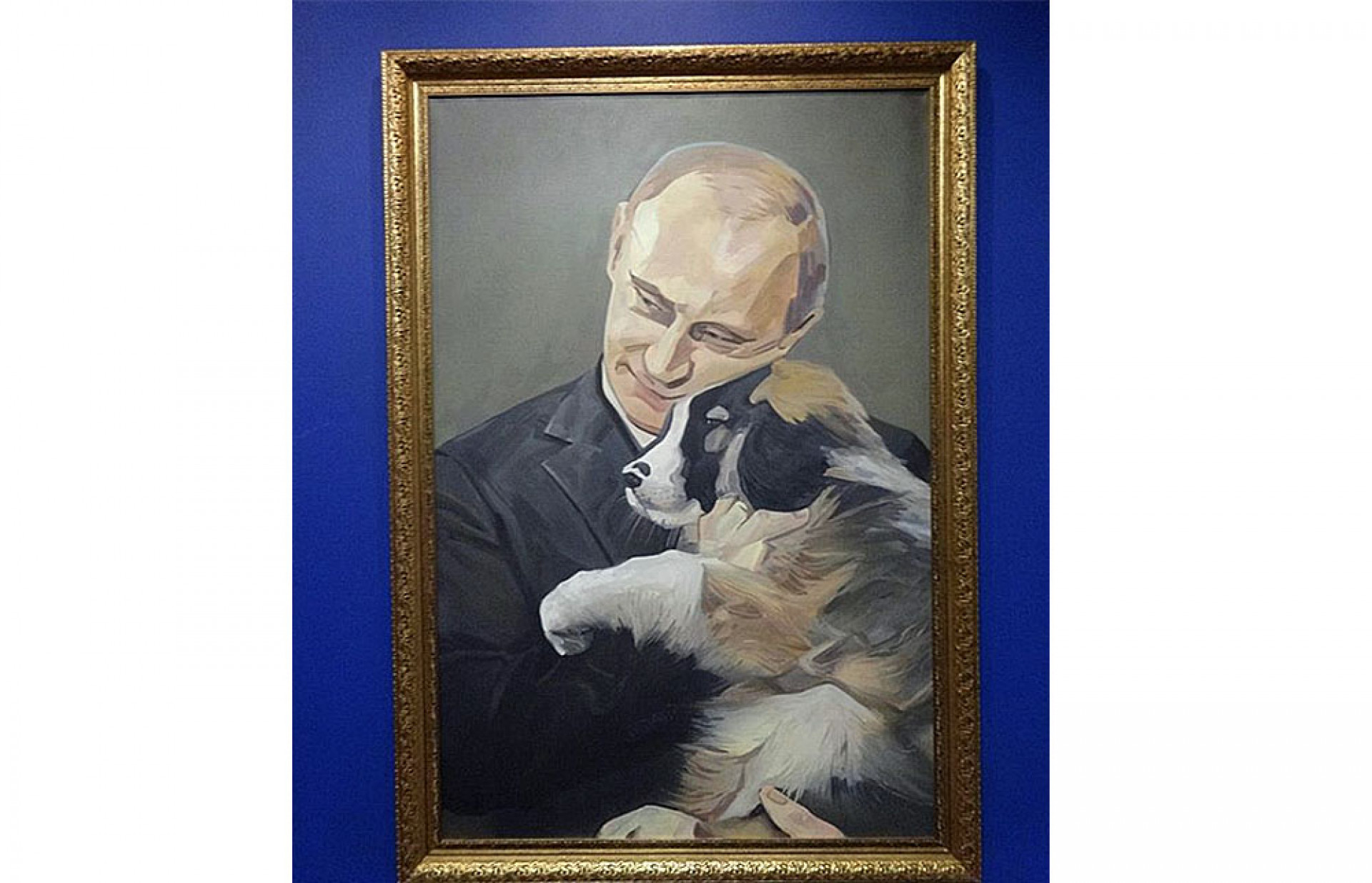 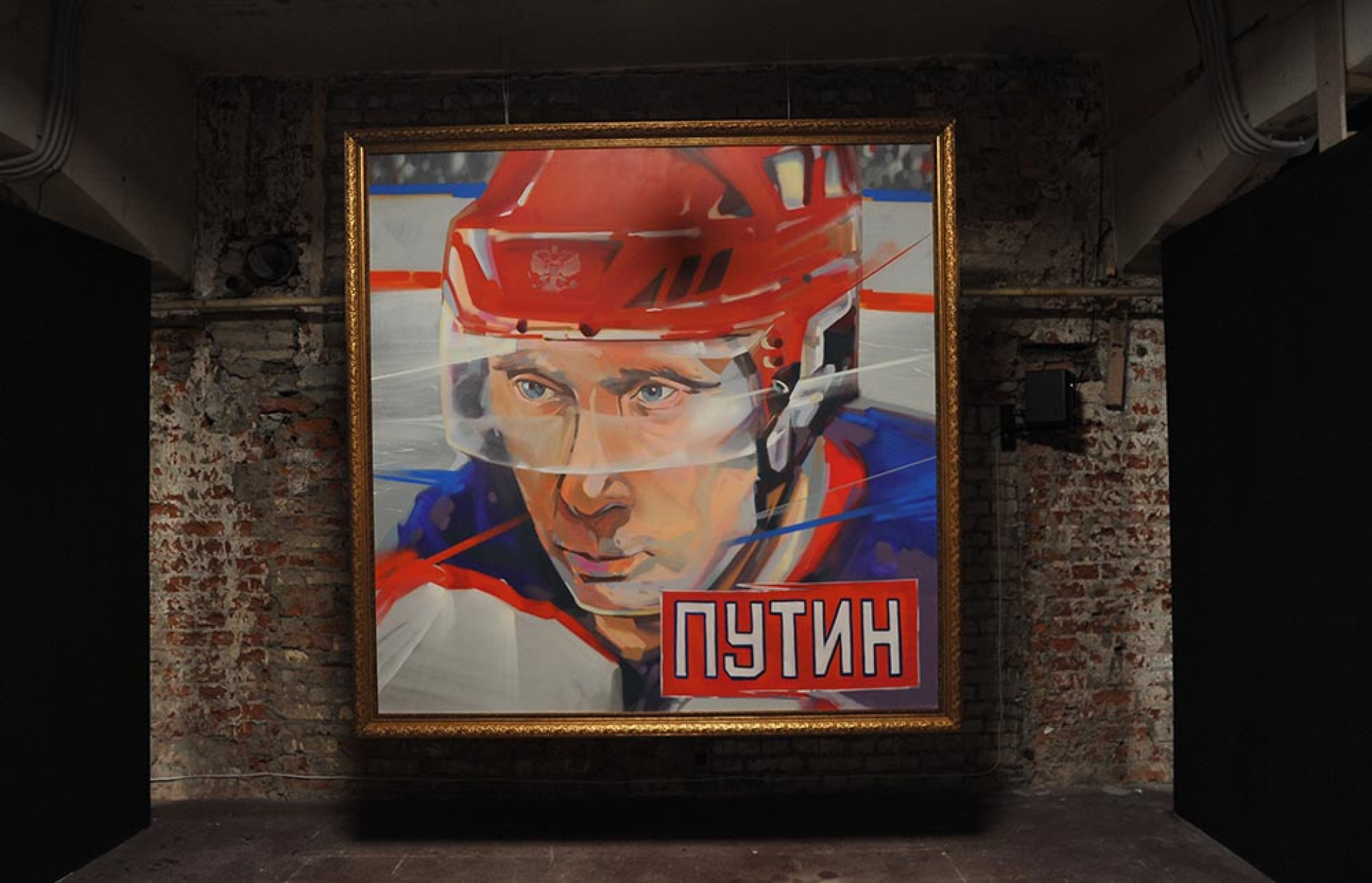 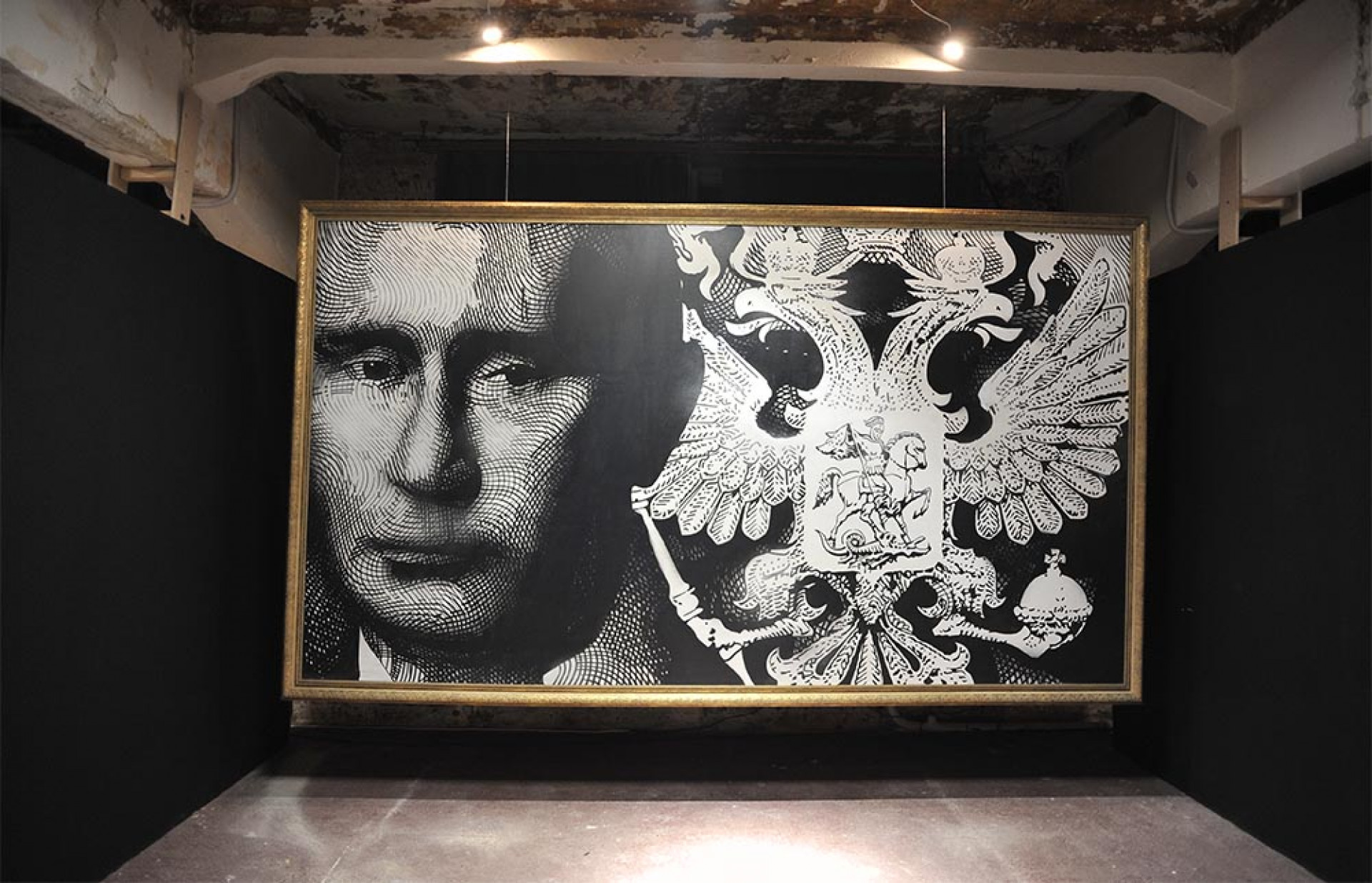 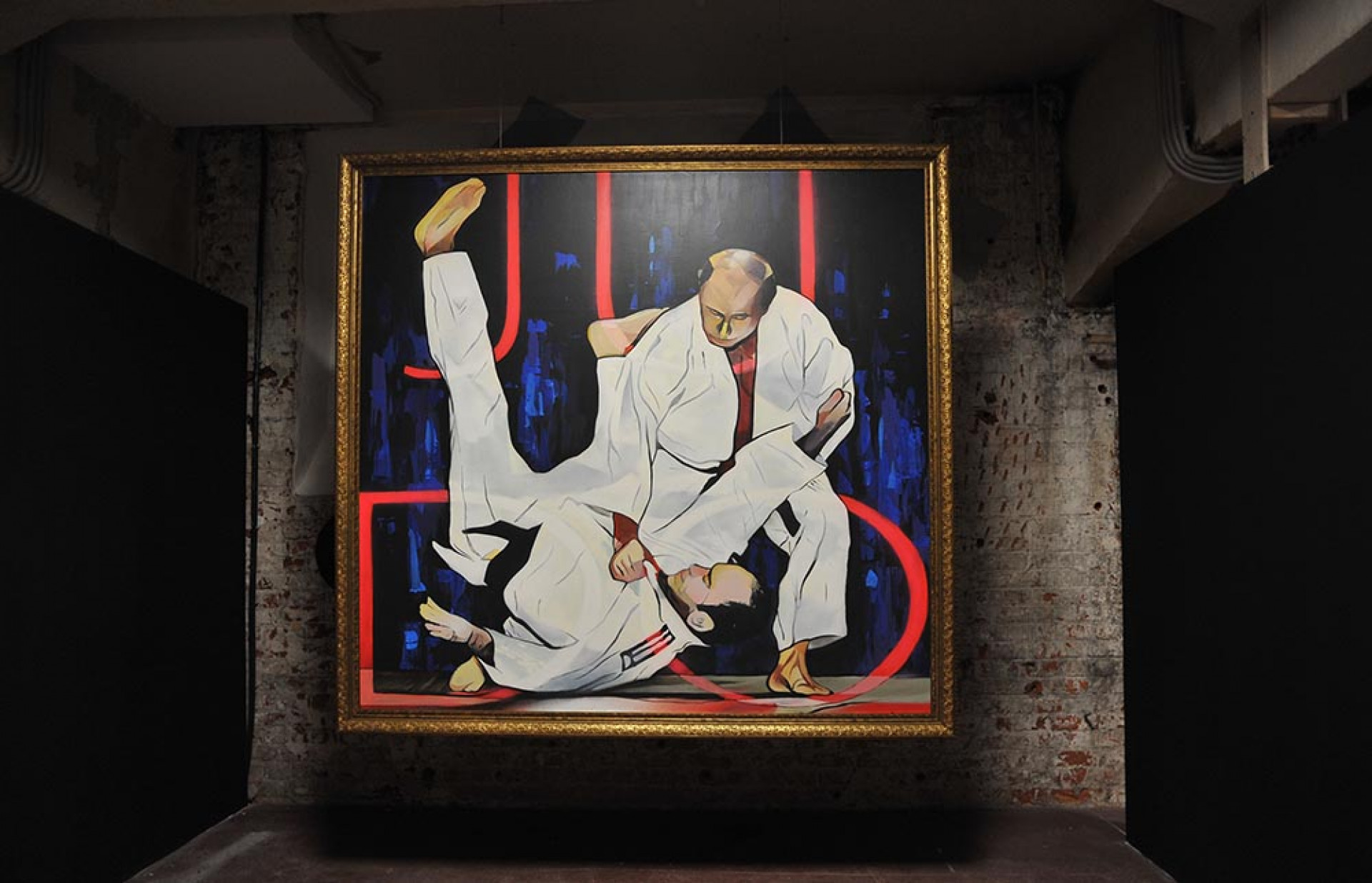 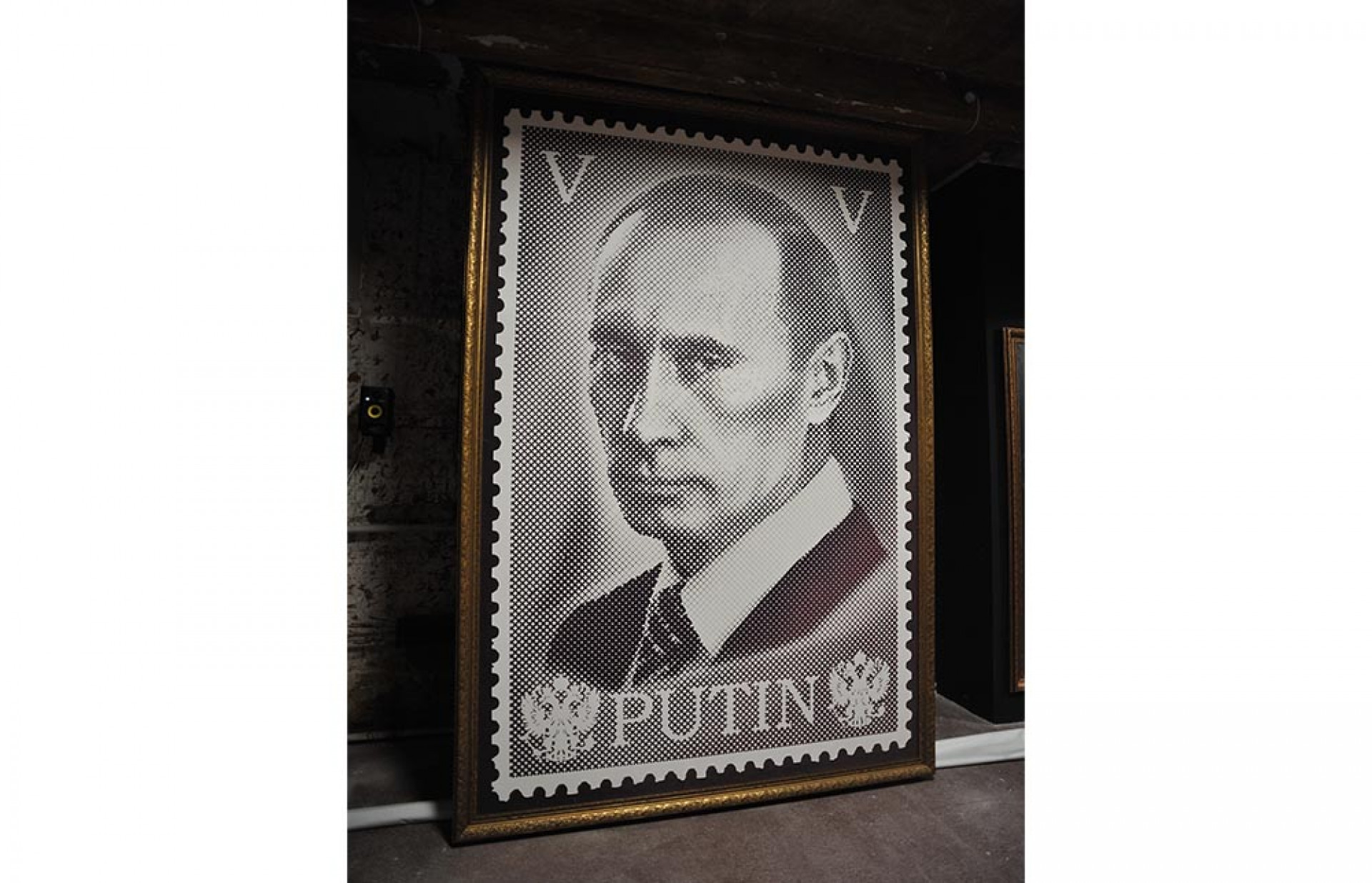 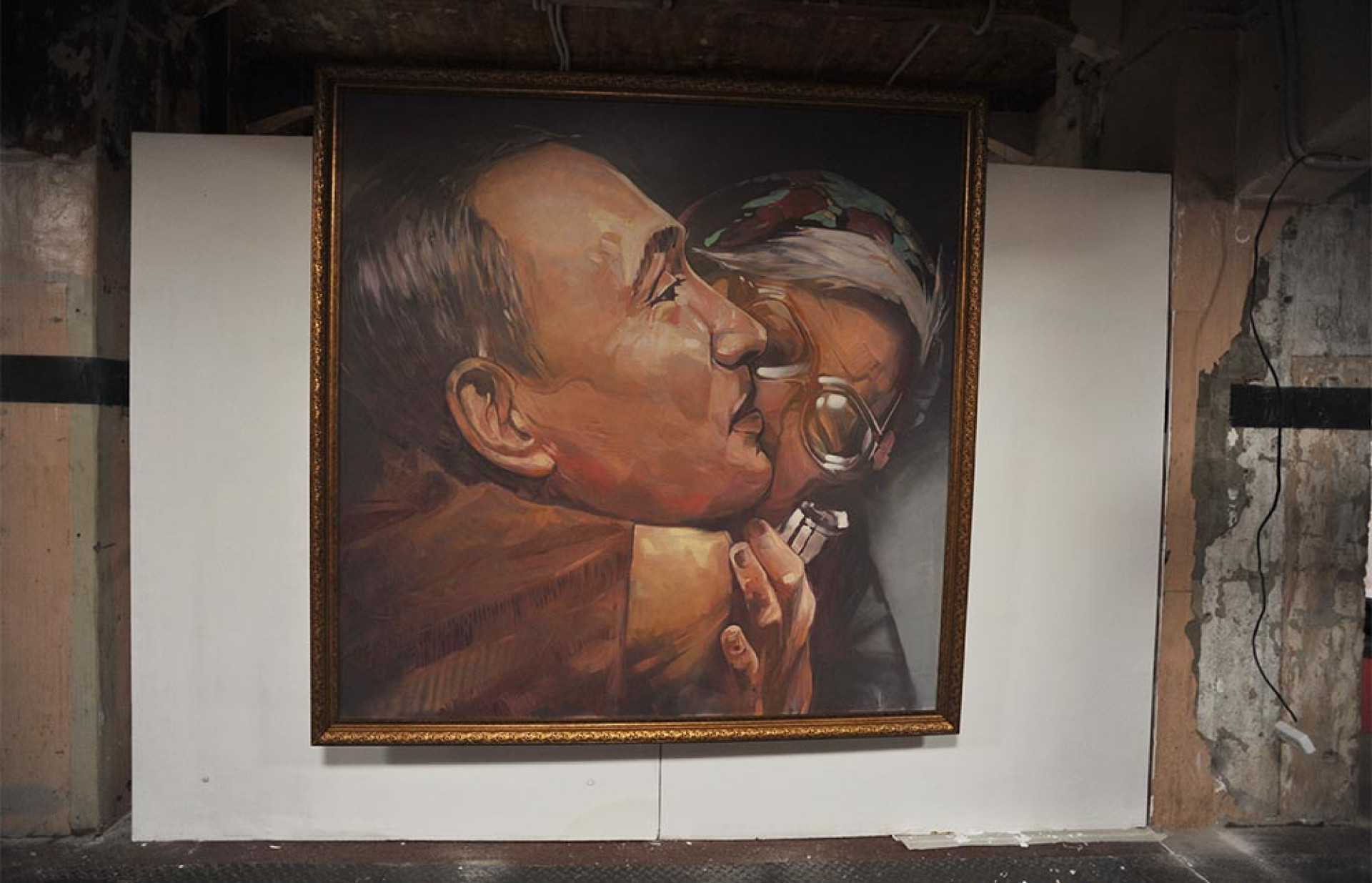 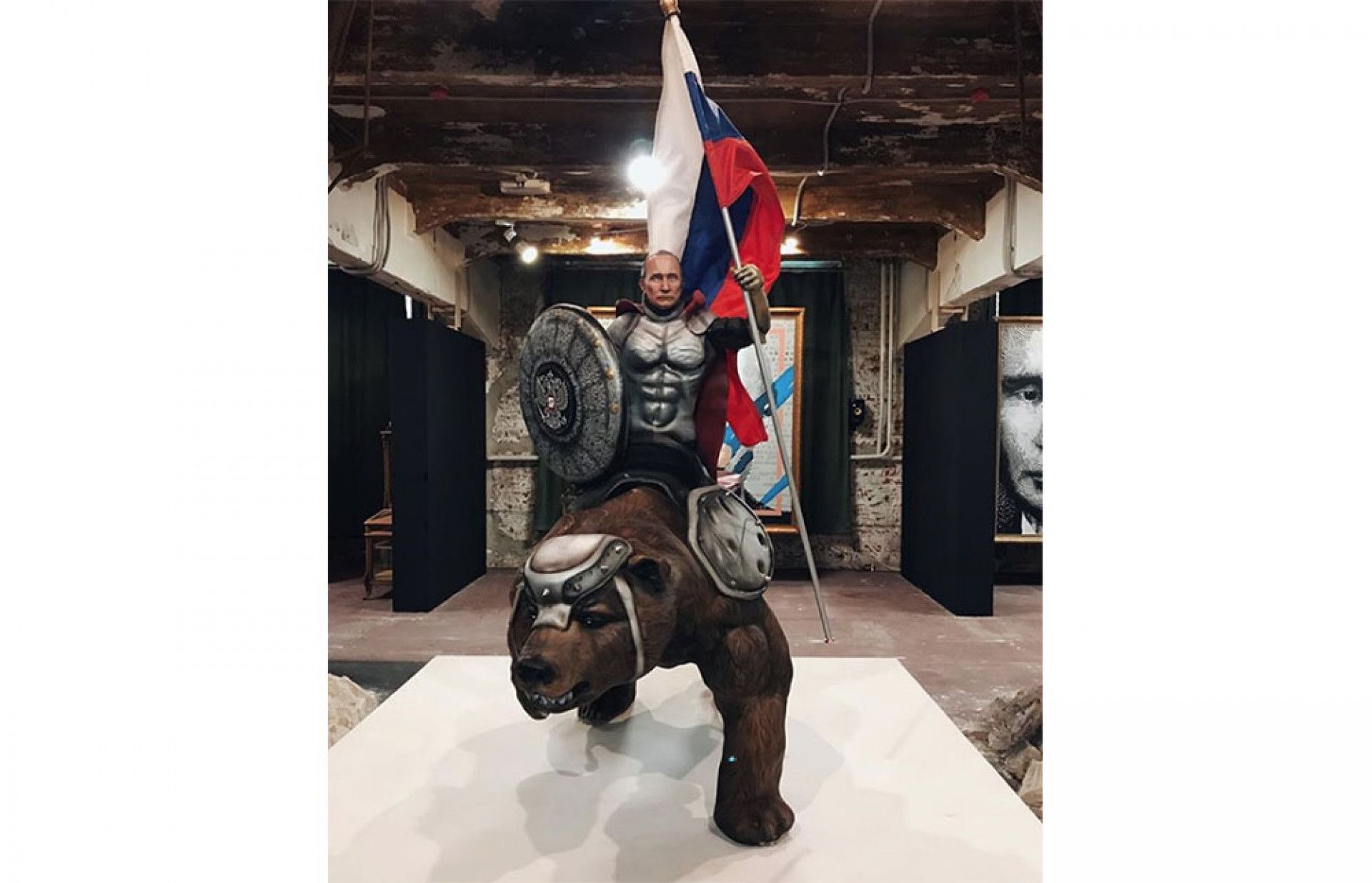 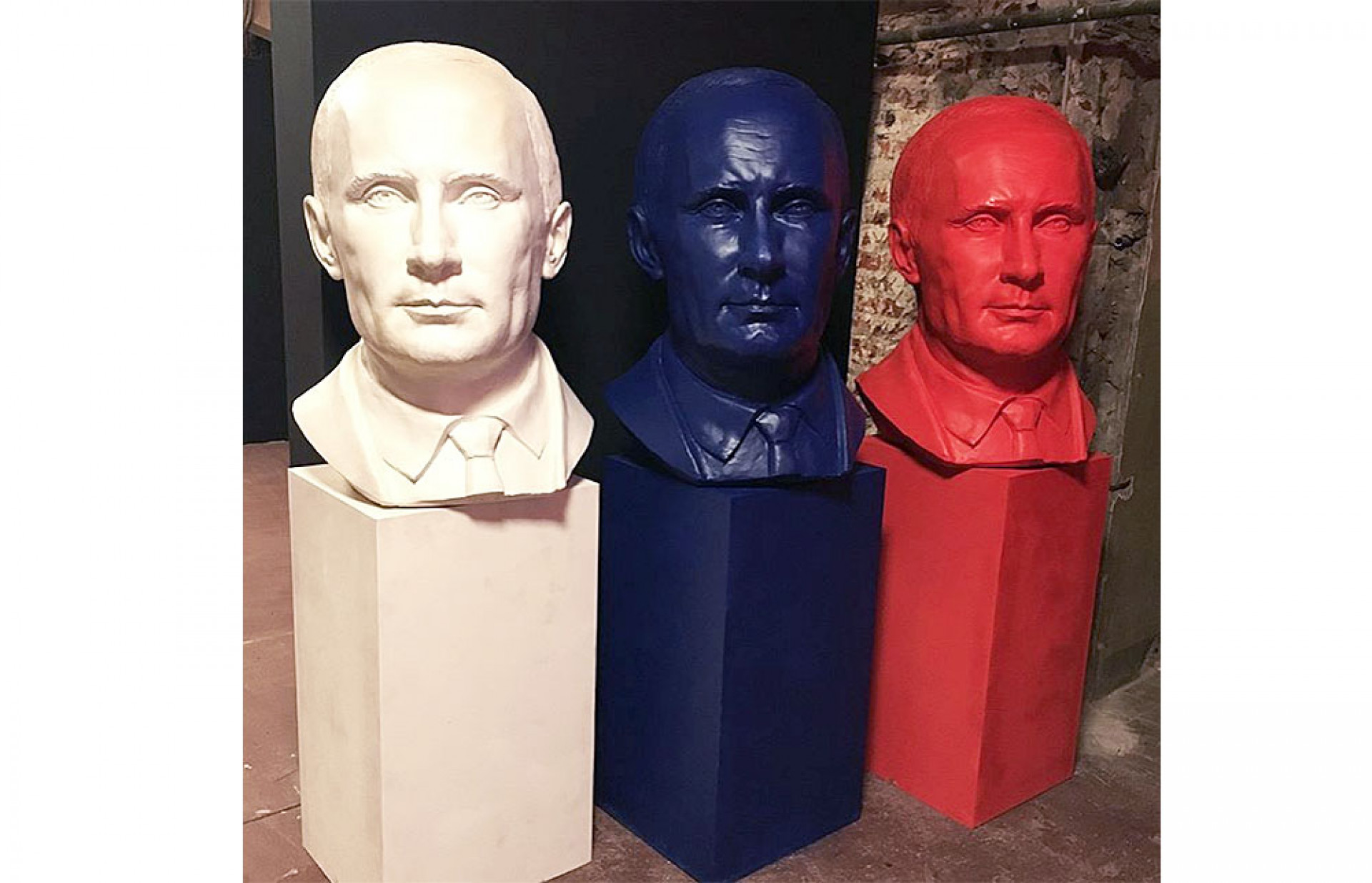 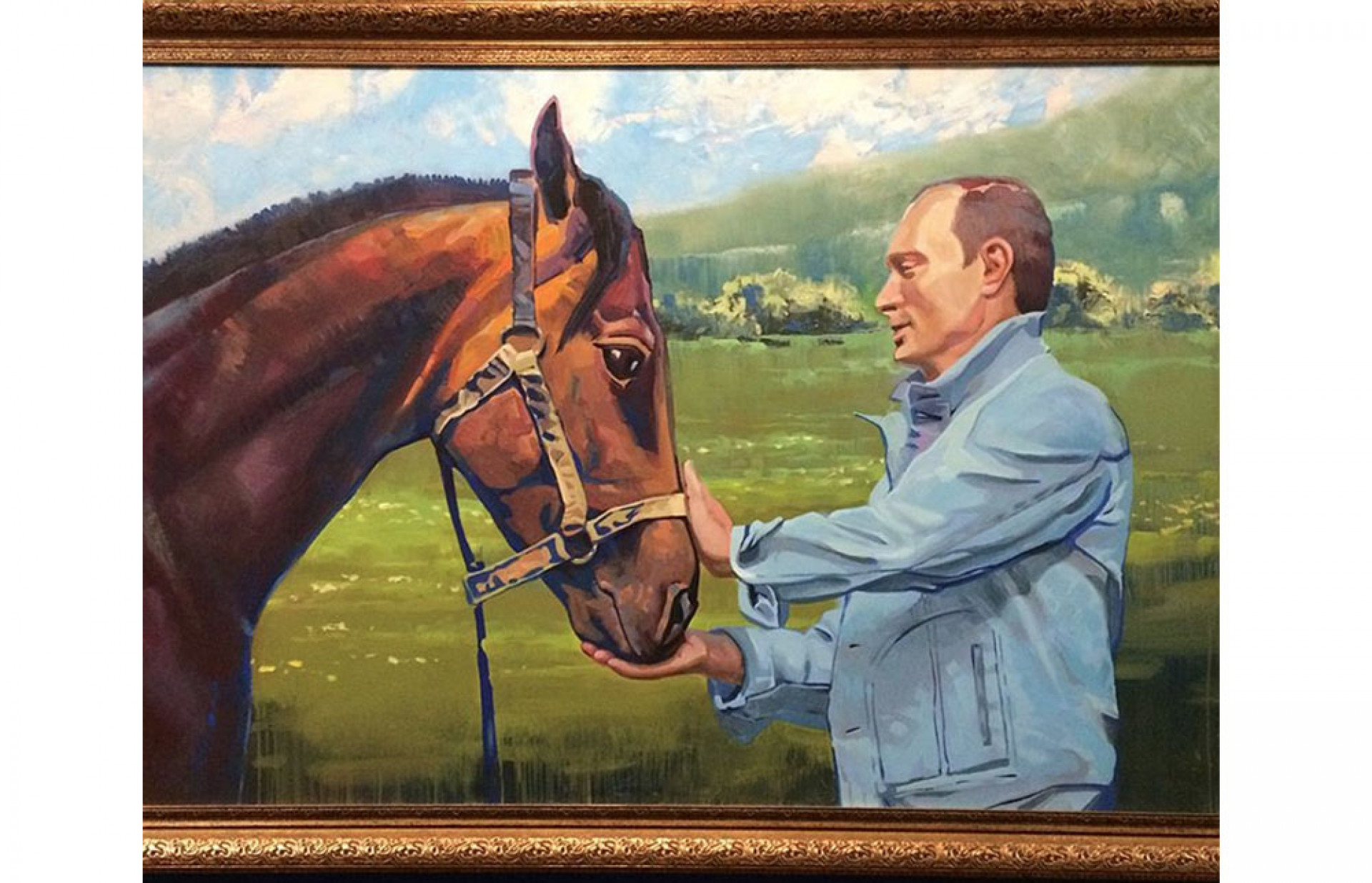 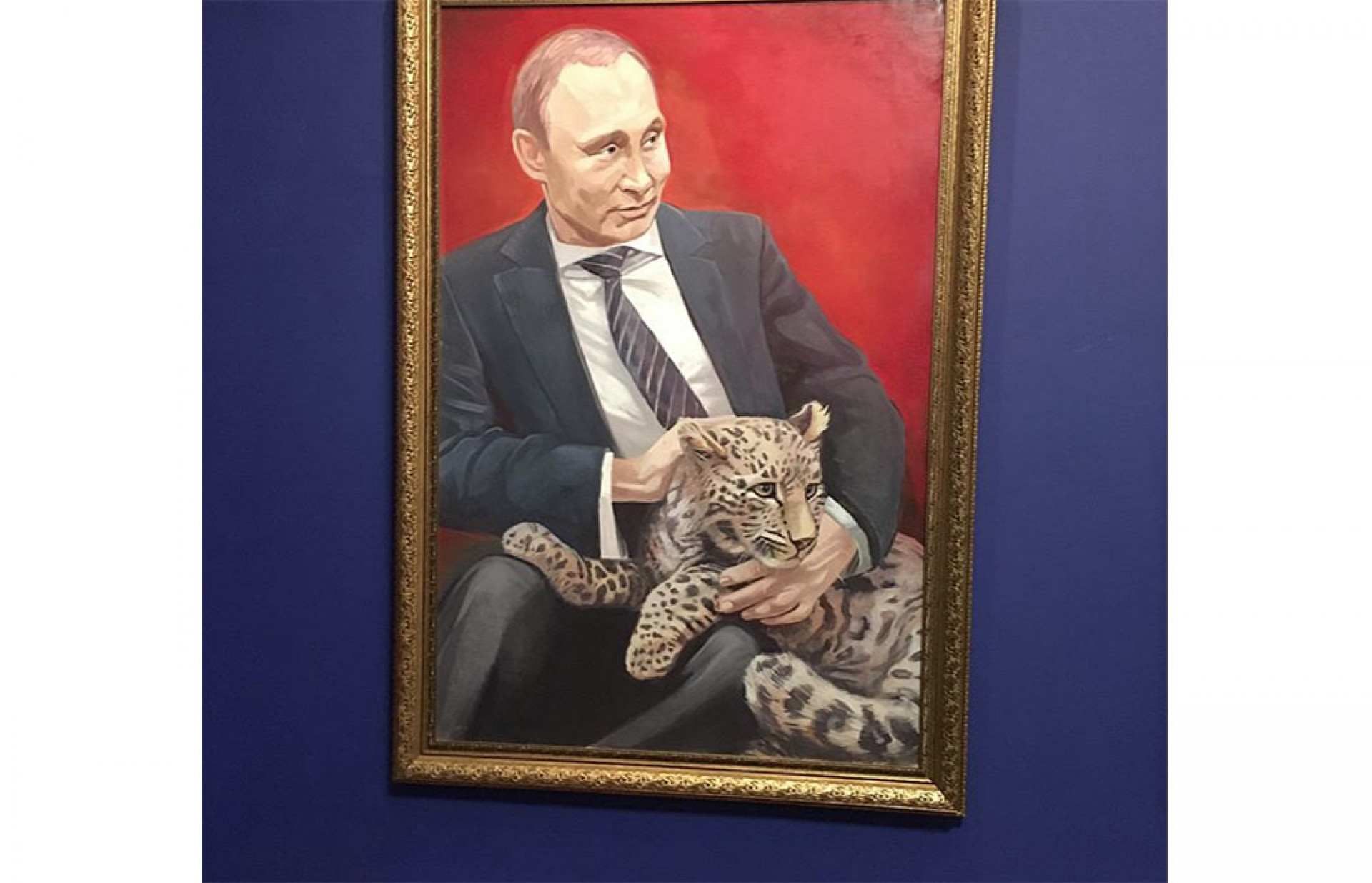 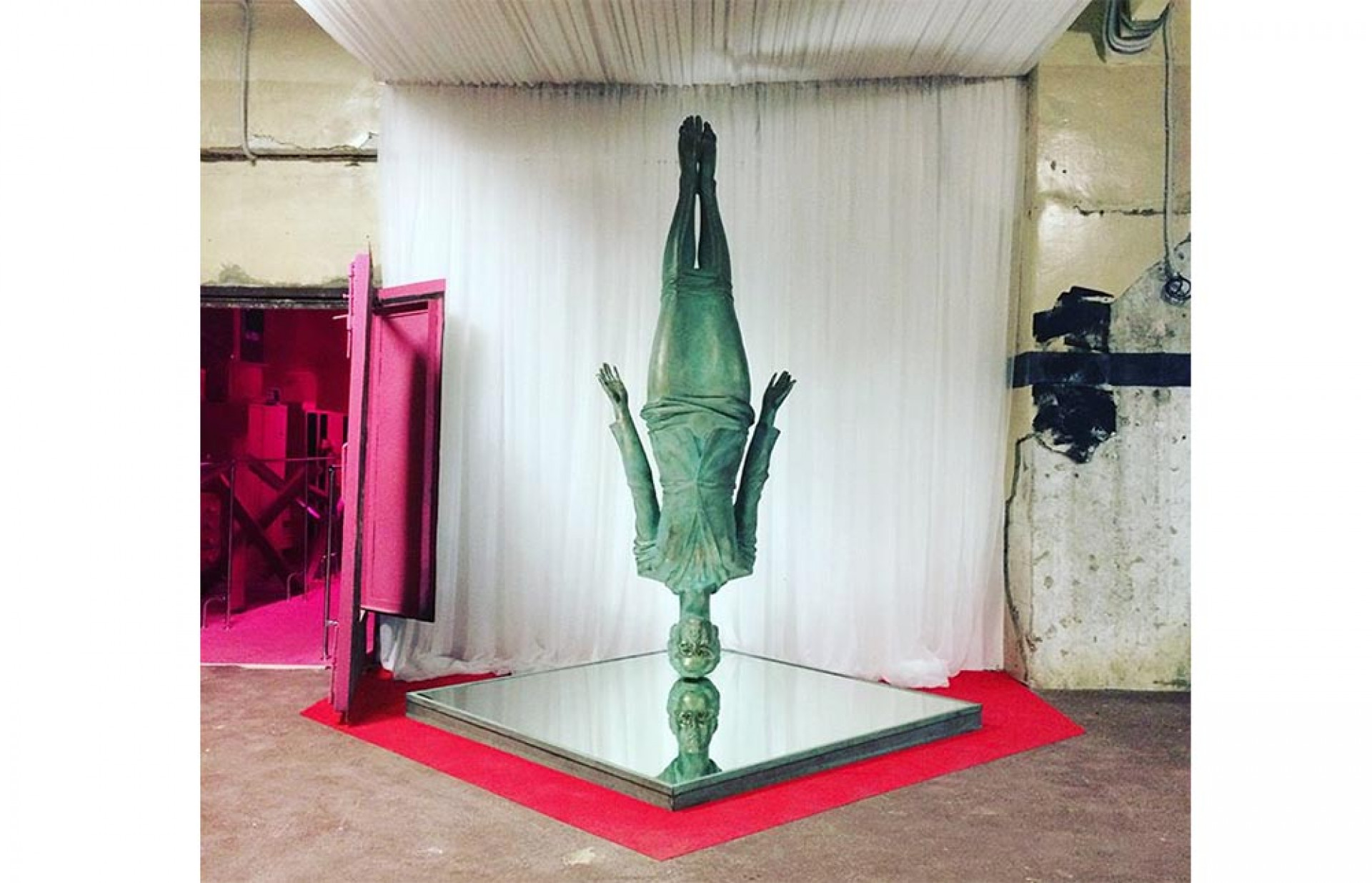 The 30 artists featured in the exhibition were tasked with illustrating Putin’s “unique popularity” and getting to the bottom of “how he is usually seen by people,” the gallery said in an online statement.

The exhibition “depicts the current president as a modern superhero...whose many talents and skills can fittingly be characterized as ‘supertalents’ and ‘superpowers.’”

Other artworks at the exhibition show the 65-year-old cuddling a leopard, riding in shining armor atop a bear and slamming down judo opponents.

“None of the works here were commissioned, everything was based on inspiration,” Yulia Dyuzheva, an exhibition organizer, was cited as saying by the Vzglyad business newspaper.

The 22-year-old student and part-time model announced that her team would be collecting donations for a future art exhibition dedicated to Putin in February this year.

The project planned to raise the 3 million ruble budget ($51,000) by collecting donations on the Boomstarter crowdfunding website, which gives initiatives 2 months to accept donations.

However, the idea was met with a tepid response and only three people donated to the project, for a total of 200 rubles ($3).

Potential sponsors in Moscow didn't express interest in the project, Alexander Donskoy, the author of the exhibition, was cited as saying by the 29.ru news website.

The SUPERPUTIN exhibition will be on display in Moscow until January 15, 2018, at the UMAM gallery.