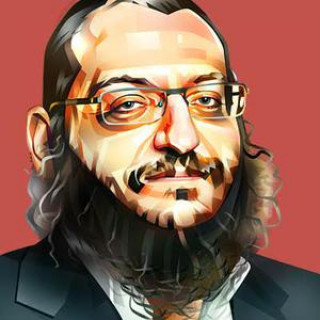 It was a sure-fire way to turn a scandal into a disgrace. As the dispute over the transfer of St Petersburg’s premier St. Isaac’s Cathedral to the Russian Orthodox Church was picking up pace, Pyotr Tolstoy, Duma vice speaker and the great-grandson of renowned Russian writer Leo Tolstoy, made a controversial intervention.

By raising objections against the church, “the grandchildren and great-grandchildren of those who crossed the boundaries of the Pale of Settlement with guns in 1917 continue their work,” he said.

The “grandfathers” and “great-grandfathers” Tolstoy talks about refer to the Bolsheviks who demolished the church and fought against religion. Several prominent Bolsheviks were Jewish. The Pale of Settlement was an area of western Imperial Russia where Ashkenazi Jews were permitted to settle.

It does not take much imagination to understand the comments are anti-Semitic. Uttered as they were by a senior Russian official, they also caused a major uproar in the Jewish community. The Federation of Jewish Communities of Russia has formally expressed its indignation.

Pyotr Tolstoy responded by explaining that he was not referring to the Jews at all. It was an altogether unconvincing explanation. But it did not stop Duma Speaker Vyacheslav Volodin — the fourth most powerful man in Russia’s political hierarchy — from rushing to his defense. “This term refers to convicts,” Volodin said. “Convicts later occupied positions of leadership in the revolution.”

It is difficult to decide which is more shameful — the anti-Semitic prattle of the heir to a great name, or evasions that insult our intelligence by a senior government official. I cannot believe that the parliament is headed by a person who does not know that the Pale of Settlement refers to Jews.

Returning to the original question — grandchildren — it is useful to point out that Pyotr Tolstoy is the descendent of a great Russian writer who was once excommunicated by the Russian Orthodox Church for his so-called anti-church activities. Those “crimes” were qualitatively no different than the “crimes” supposedly committed by the Jews. Does that mean Pyotr Tolstoy carries the same responsibility for what happened to Orthodox churches in 1917?

Bear in mind, too, that the Soviet authorities destroyed a larger percentage of synagogues than they did churches. Does that mean Russian Jews should present their complaints to senior members of the State Duma? The Russian parliament is the political successor to those ruling authorities, after all.

Russia’s Jews do not share a uniform opinion on the return of St. Isaac’s Cathedral. Their position on the matter is no more uniform than on on any other aspect of Russian life. And it certainly has no connection with how somebody’s grandfather or great-grandfather thought or behaved a century ago.

Whatever happened in Russia then, today there is a different reality. People view that reality not as somebody’s descendent, but as independent, rational individuals. Tolstoy’s statement can only be interpreted as primitive nationalist propaganda.

Xenophobia is, no doubt, a great temptation for political opportunists. They have only to convince voters that some “stranger” disagrees with the majority, and no further proof is required. The stranger’s “crime” lies in being different, thereby making him a stranger and an enemy.

Politicians have always exploited this fear. And, as the past year has shown, even the most developed European and North American democracies can stand powerless before this fear.

It is entirely unacceptable that someone with the standing of Pyotr Tolstoy should utter such remarks. Russia’s ruling United Russia party explicitly rejects anti-Semitism, and its banner speaks of a united nation. Tolstoy’s comments undermine both positions. It is a break — an accident, let’s say — that could be compared to the rupture of a sewage mains. If you don’t stop the flow immediately, the stench will soon become unbearable.

The views expressed in opinion pieces do not necessarily reflect the position of The Moscow Times.
Read more about: Religion

The mastermind behind the project is reportedly Father Sergei, an influential and secretive spiritual leader.
take the plunge

Nothing brings you closer to heaven like a quick dip in subzero waters.
banned group

More than half of law enforcement raids against Jehovah's Witnesses have taken place in the past 12 months, the group says.