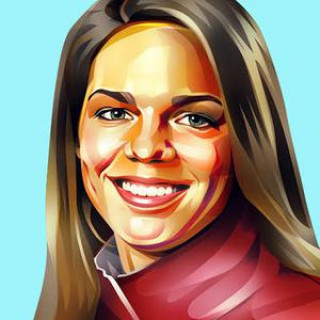 Following the Russian doping scandal ahead of the Rio Olympics, the International Olympic Committee surprised many by stopping short of imposing a blanket ban on Russian athletes, and instead leaving the matter up to individual sporting federations. The ruling resulted in a ban on Russia’s track-and-field team (along with several other athletes), but it spared athletes like swimmer Yulia Yefimova. Competing despite one previous doping conviction, and testing positive for using the drug meldonium, Yefimova went on to win two silver medals in the 100-meter breaststroke and in the 200-meter breaststroke.

I am just 24 years old, but my life and career in sports have been so full that I could have written a biography years ago. However, the events of 2016 have overshadowed everything. I wish I could forget the unpleasantness around the Olympic Games in Rio, but nobody will ever let me forget. They say my story has become an example of how to fight for your reputation and rights. That makes it worth remembering once more.

These Games were the third in my career, and I had only one aim: to win gold. I was sure of my abilities, my coach, and my team. But everything changed in March, when I was informed that I had tested positive for meldonium.

Years ago I had already been caught up in a silly situation when I tested positive for a banned steroid hormone. A second doping foul could result in an eight-year disqualification. That would mean the end of my career.

The medicine, Mildronate, which contains meldonium, has been widely used in Russian sports for many years. I was frequently prescribed it in my youth for my heart. The last time I took it, however, was before Jan. 1, 2016 — before it was included on WADA’s list of banned substances — and on the recommendation of my doctor.

I remember what happened next like a nightmare. Five of my samples were found to be positive. Then FINA (the International Swimming Federation) refused to lift my provisional suspension after WADA published its first report on meldonium. I wasn’t allowed to compete in the national qualifiers. A sudden finding that one of my samples was actually negative, and then the lifting of my competition ban.

Under pressure from the U.S. swimming federation Dave Salo, a world-renowned swimming instructor, refused to work with me. So I was left with individual training sessions (if you can even call them that) in public pools with old ladies and babies. I had to be hospitalized in Los Angeles with immunodeficiency. Then WADA’s second report on meldonium. Finally, being fully cleared of all charges on July 12.

At that point, there were just three weeks to go before the start of the Olympic Games — nowhere near enough time to prepare for my goal of winning two golds and breaking two world records.

But giving up was not an option.

Things were going well. Then on July 24, I received another blow: the International Olympic Committee decided that Russian athletes with a doping record would not be allowed to compete in Rio. I was shocked. Yes, I had messed up earlier in my career. Never mind that it had been a mistake, an oversight, carelessness, with no evil intentions on my part. But I had answered for that already with a 16-month disqualification.

Why should I be punished for the same mistake twice?

I found it even harder to understand that this method of “purging the Russian team” had been proposed by a Russian official. A person very dear to me responded like this: I don’t understand how a country that won the Great Patriotic War would give up its own. It wasn’t even a blow to our spirits, it was a stab in the back.

My agents told me to go to CAS (the Court of Arbitration for Sport). According to the rules, CAS must make a decision on cases involved in the Olympic Games within 24 hours of an appeal. But they considered my case for five days! By that time, I had already arrived in Rio, but I was unable to train in the Olympic pools without Olympic accreditation. My nerves were on edge, and I was eager to hear any decision.

In the end, we won. I received the CAS decision just a day before the opening ceremony, and two days before my first event. The media was on top of it so those who followed it know better than me about the jeering at the Olympic Aquatics Stadium (which I could barely hear), and the nasty looks (which I didn’t even notice.) All I experienced were the tears of happiness and frustration that came with my two silver medals.

After the Olympic Games I decided to drastically change my life and do something that no one in our country has done before. On Dec. 17, after more than five years of living in the United States, I returned to Moscow with seven suitcases, to organize the first Russian professional swimming team — the Yefimova Team. My experiences in 2016 have given me the confidence that I can achieve a lot, not everything of course, but pretty much whatever I need. I don’t expect more than that, but I won’t settle for less!