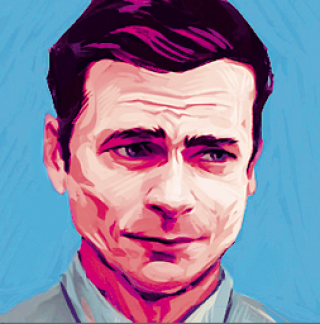 The State Duma’s new convocation has begun, but something is different. Although the Kremlin has always maintained strict control over the parliament, Russian society was accustomed to hearing a few independent, opposition-minded deputies’ voices within the Duma’s chambers.

Not anymore. Despite the democratic opposition’s optimism and the hopeful start of its campaign, the new Duma lacks even a single politician who consistently opposes President Vladimir Putin.

Russia’s so-called “managed elections” undoubtedly played a key role in handing democracy such a resounding defeat, but the blame also lies on the shoulders of the opposition.

The role of the authorities in undermining the opposition is clear: The intelligence agencies exerted a major influence on election campaigns by abusing their authority and conducting illegal surveillance of candidates opposed to the authorities. They even installed a hidden video camera in the bedroom of former prime minister and Parnas party chairman Mikhail Kasyanov and aired the compromising footage on television.

Finally, a new law greatly limited the rights of those observers by requiring them to register beforehand at a single polling place, thus preventing them from monitoring multiple sites. This enabled the authorities to end a practice employed in previous elections in which mobile teams of observers shuttled between problematic polling stations in an effort to prevent electoral violations. This year, officials knew in advance which polling places wouldn’t have observers. It’s no surprise that these stations reported significantly higher results for the ruling party.

But the democratic parties themselves made a number of serious mistakes that contributed to their pathetic election results.

Parnas started strong by forming a Democratic Coalition with anti-corruption activist Alexei Navalny and other independent politicians under a single banner. However, the task of choosing a leader for the party list proved insurmountable and the coalition ultimately split, Navalny and others jumped ship, and the dubious Saratov blogger and populist Vyacheslav Maltsev stepped in to fill their place.

Maltsev’s outlandish behavior on television and his tendency toward anti-Semitism only scared away the democratic opposition’s supporters. As a result, Parnas garnered less than 1 percent of the vote on Sept. 18.

The Yabloko Party, headed by liberal stalwart Grigory Yavlinsky, had a much better chance of rallying supporters of the opposition. Yavlinsky wisely invited prominent politicians Lev Schlossberg, Dmitry Gudkov and Vladimir Ryzhkov to join his party list. However, he failed to inform voters of the deal. Yavlinsky campaigned as if he alone spoke for the party, solitarily grinning on Yabloko posters and single-handedly representing the party on televised debates. The result was predictable: Yavlinsky’s party received less than 2 percent of the vote.

After these unfortunate results, pro-democracy parties have once again called for unity. However, in my view, the key objective today should not be unity, but renewal.

The only way the Russian opposition can mobilize supporters is to offer them new leadership. Supporters of democratic reforms have no desire to vote for opposition leaders who have lost every single election since the 1990s. The low turnout during these latest parliamentary elections can be explained in part by one key fact: people who didn’t want to vote for the ruling party saw no viable alternatives in the opposition.

The 2018 presidential elections could offer a way out of this crisis. If a politician capable of mounting a challenge to Putin were to emerge from the democratic opposition, the political contest would undoubtedly mobilize the opposition. Such popular support would give the opposition candidate a chance to stand for the presidential election and make a strong showing at the polls. This happened during the 2013 mayoral elections in Moscow when Alexei Navalny defied predictions by managing not only to register as a candidate but also to earn almost a third of the vote and nearly force a second round of voting.

The task before the opposition is to run at least as strong a presidential campaign as Navalny did in the mayoral race. For that to happen, the “veterans,” who have lost election after election, must step aside and agree not to interfere.

Ilya Yashin is an opposition politician and activist

What do "average" Russians think about the war and why? Yevgenia Albats got in her car and found out.