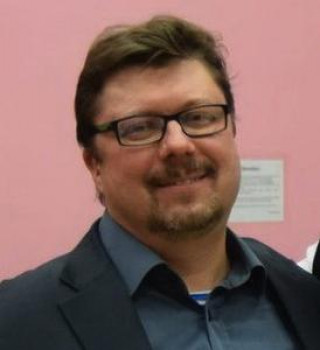 On August 3, during an education forum, a schoolteacher dared to ask to ask Prime Minister Dmitry Medvedev a direct question about teachers’ extremely low salaries. The prime minister’s response was blunt. "If you want to earn money, there are lots of beautiful places where you can do it faster and better," he said.

Russians see their leaders now make no effort to even pretend that they are interested in the welfare of their citizens. All the same, it seems strange that with elections just around the corner, Medvedev – who formally heads the ruling party United Russia – would allow himself to utter such words. Then again, in Russia, the words and actions of politicians have little or no impact on the outcome of elections.

Medvedev already gained notoriety for his recent remarks to residents of Crimea. “There’s no money, but you hold on in there." After that comment, his response to the Dagestani teacher could hardly tarnish his reputation further.

Even more interesting is how little hope or vision Medvedev – Russia’s second-highest ranking official – has for the country’s development. To economize on teachers’ salaries is to condemn the country to serious problems in the future. That is obvious. It will inevitably result in a low-quality system of education.

Ultimately, teachers will universally be viewed as failures, exceedingly average people who lack the initiative to go into business or some other more profitable line of work. This means ever fewer capable young people will choose to become teachers, and students will end up with less instruction time, and more free time during school hours. This, in turn, will lead to a rise in juvenile crime and a host of other problems.

For some reason, this does not bother the country’s leaders. Is it due to Russians’ habit of thinking that things will somehow work out by themselves? Or is it because leaders know that other people will have to deal with the problems they create today?

Every country suffers economic crises from time to time. You can gauge the effectiveness of a government by its ability to minimize the negative effects of those crises. As with any sector, there are ways to cut costs in education as well. For example, every year the government publishes a huge number of very standard but expensive textbooks that schools receive at no cost.

Reducing the publishing cycle to once in three or four years would save tens of billions of rubles. However, after businessman Arkady Rotenberg, a close friend of President Vladimir Putin, became co-owner of one of Russia’s largest publishers of school literature, that cost-saving measure apparently got dropped from the agenda.

Reforming the bloated and costly bureaucracy for education oversight would also save budgetary funds. Not only does the current system fail to help schools, it actually burdens them with a vast load of unnecessary paperwork and disrupts the educational process with frequent inspections.

The problem is that the state bureaucracy is the most reliable bulwark for the Russian authorities, and is apparently inviolable to budget cuts or downsizing. Of course, the authorities could also find other ways to cut costs. But why should they bother, if they can pursue their own interests at people’s expense without any fear of reprisal, just as Soviet leaders did before them?

Teachers will find ways to make ends meet. They did so in the past, even during the relatively prosperous 2000s, when their salaries, in most regions, hovered near subsistence levels. In fact, funding for education differs by region, and it is therefore no surprise that a teacher from Dagestan – one of Russia’s poorest regions – confronted Medvedev with this issue.

School staff rooms will not go empty. People are still accustomed to living on the state’s payroll for the sake of stability, pitiful but guaranteed pensions, and because the private sector remains so underdeveloped.

However, very few young teachers remain at their posts, and potential new ones have practically abandoned the field in much the same way that they did during the economic hardships of the 1990s. In 10-15 years, Russia will face a shortage of teachers aged 35-40 – the most productive age. At the same time, most teachers who began their careers during the Soviet period will reach retirement age, and it will be impossible to replace them.

Those teachers who do remain will not waste their time preparing for lessons or such extracurricular activities as hikes, day trips, stage performances, or other experiences that are so important for children and youth. They will devote their free time to giving private lessons or picking up odd jobs in order to survive.

Medvedev said that teaching is a calling. Perhaps it is, just like any other challenging activity. But why did he argue that anyone following that calling must necessarily live in poverty? The teaching profession demands special qualities. The task before any civilized government is to support people who pursue such callings, because it is ultimately in the public’s best interest. It seems, however, that Russia’s president and prime minister have other more important tasks.

Alexei Kuznetsov teaches history at a secondary school in Moscow

The views expressed in opinion pieces do not necessarily reflect the position of The Moscow Times.
Read more about: Education

The two men behind gunfire at a children's camp in Russia's Ural region have been revealed as drunk employees of the local education department, the Rosbalt...
news

A public school in Russia's southern Siberian Altai region has introduced separate education for boys and girls in an attempt to combat female “emancipation”...
news

A Russian elementary school teacher who was investigated for child abuse after assigning difficult homework has accused arsonists of setting fire to her...
news

A municipal lawmaker in St. Petersburg has called for banning school teachers from serving on electoral commissions, saying the measure would shield educators...