The National Center for Contemporary Arts (NCCA or GTsSI in Russian) recently launched a 10-day "Dada Festival" devoted to the Dadaism movement of the last century. There are some graphic works by the movement's leading figure Marcel Duchamp and his Russian follower Alexander Rodchenko. You can also see interesting works by conceptualist Ilya Kabakov and Soviet pop artist Leonid Sokov, as well as posters by the original US pop artists Robert Rauschenberg and Jasper Johns. A particular highlight is a piece by Sergey Katran and ::vtol:: — you speak a toast into the microphone and then a contraption made of spoons and vodka glasses (with actual vodka in them) makes a clinking sound.

Miracles in the Swamp

Miracles in the Swamp is the latest exhibit by the prolific painter Pavel Pepperstein. "Swamp" represents an anti-historical force that fights against the future. The swamp is personified by Grand Master Yoda from Star Wars, Gollum from The Lord of the Rings and various swamp fairies. Meanwhile, history is represented by Pepperstein's favorite "supremas" — multicolored geometrical forms he borrowed from suprematist painters including Kazimir Malevich and El Lissitzky. Pepperstein calls it a "battle between Malevich and Franz Kafka," since Kafka used "swamp" as a positive force in his philosophy. 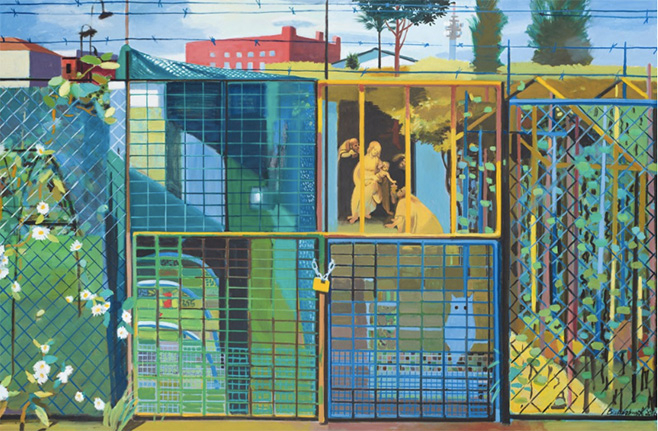 One half of the Dubossarsky/Vinogradov duo, this is Alexander Vinogradov's first solo exhibition since the pair's official split. It is entitled Space-Time Continuum and is devoted to the artist's train journey from Moscow to St. Petersburg. Most of the works are landscapes pictured through the frame of the window of a moving train, which gives them a certain surreal feeling. The other theme of the exhibition is "Russian forest." It is at once the forest of classical Russian landscape painters like Ivan Shishkin, and a mysterious fairytale-like place. 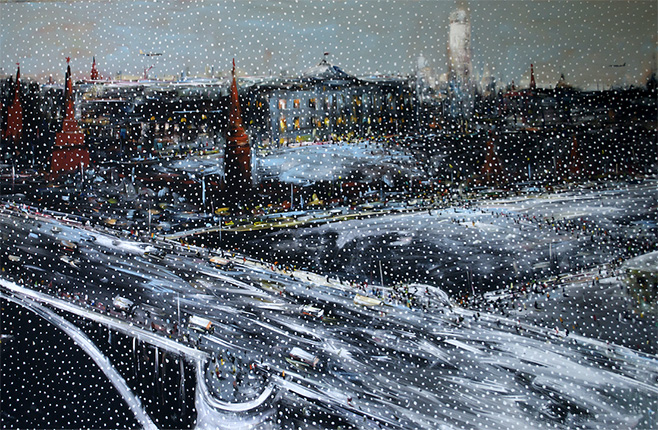 The Museum of Moscow

Konstantin Batynkov's retrospective at the Museum of Moscow is one of the largest of his career. Batynkov became well-known in the 1990s when Russian artists returned to actual painting. His works are mostly black and white, depicting either real or imaginary somewhat apocalyptic cityscapes. Sometimes there's a bit of color splashed here and there, emphasizing certain elements. Batynkov's paintings create a universe of their own that is dark and intriguing at the same time. Visit and let yourself get lost in the paintings for a while. 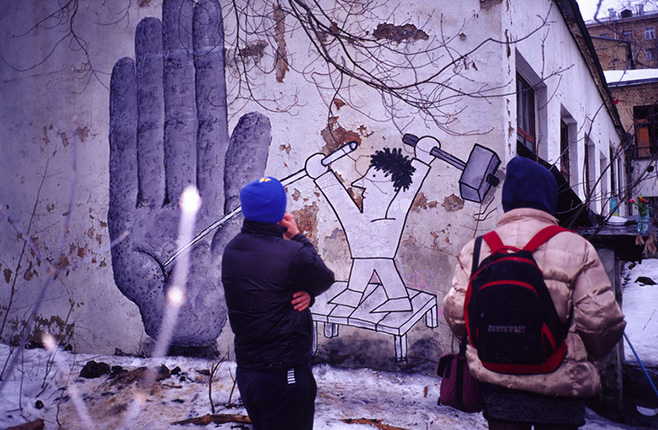 Two street artists known simply as Grisha and 0331с present their sculptures at the RuArts Gallery. The exhibition's title refers to the year 3016, and the artists hope that some of the sculptures will survive until then — which isn't entirely unlikely since all of them are made of granite. The artists liken themselves to the first "street artists" of the Stone Age, who made their petroglyphs in caves. Some of the sculptures actually look like ancient petroglyphs. For instance the name "Grisha" or the image of a tree carved into stone. Others are more traditional works, hewed roughly from granite rocks.