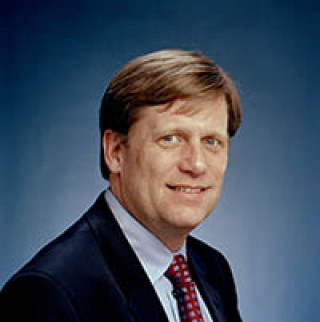 President Vladimir Putin's decision to intervene in Syria marked a major turning point in Russian foreign policy in 2015. Over the last 15 years, Putin has increasingly relied on the use of military power to achieve his domestic and foreign-policy objectives, starting with the invasion of Chechnya in 1999, then of Georgia in 2008, and then of Ukraine in 2014. Putin's Syria gambit was the logical, if dramatic, next step in Russia's increasingly aggressive foreign policy.

Syria, however, is supposed to be different from these previous interventions. While Putin correctly calculated that most of the world would condemn his military actions in Chechnya, Georgia, and Ukraine, he hopes for solidarity and support from the international community for his actions in Syria.

Pro-Kremlin commentators point to US Secretary of State John Kerry's recent trip to Moscow as proof that military intervention to fight terrorism in Syria has ended Russia's international isolation and generated new respect for its standing as a responsible global power. Russia is back, so the argument goes, because the world needs Russia.

Such conclusions are premature. In the long run, Russia could become a partner in the global fight against terrorism. And, in principle, the United States, the European Union, and countries around the world should welcome Russian cooperation in this mission. In practice, however, several key short-term issues must be resolved before the long-term goal of cooperation with Russia can be achieved.

First, Russia, which has intervened to defend its long-time client, President Bashar al-Assad, must stop bombing Syrian opposition forces supported by the US and its coalition, and start fighting the Islamic State (ISIS). In the first weeks of the Russian bombing campaign, the strategy was obvious: eliminate all third parties in the civil war and thereby force the world to choose between the lesser of two evils, Assad or ISIS.

More recently, Russian bombers have begun to attack a few ISIS targets, but the Kremlin's air campaign remains focused on other opposition forces. To be a partner with the West, Russia must change its bombing targets dramatically and permanently.

Second, Putin must engage more seriously in the international efforts to launch a political transition process in Syria. Assad cannot stay. He could serve in an interim, transitional role, as some dictators have done in other transitions from authoritarian rule. But he cannot remain in power for the simple reason that his presence only drives more volunteers to the ISIS cause.

Assad's regime has killed more people in Syria than all other groups combined. He rarely attacks ISIS terrorists, focusing his military efforts instead on other insurgents. He is not, therefore, a useful ally in the fight against terrorism.

Moreover, the vast majority of victims of Syrian government military operations are civilians, not terrorists. According to the Syrian Network for Human Rights, Assad killed 181,557 civilians between March 2011 and November 2015, while ISIS murdered 1,777 civilians in this period. If the objective in Syria is to stop the civil war, Assad should be no one's idea of a peacemaker.

As a demonstration of Russia's influence over the regime, Putin should first pressure Assad to stop killing civilians. If Putin cannot achieve this objective, there is no reason to believe that he can deliver Assad or his generals to the negotiating table.

Third, Russia must change its bombing methods. Too many civilians are dying. These types of attacks by Russia generate more inspiring footage for jihadi channels on YouTube — exactly what ISIS wants.

Fourth, Russian media must stop accusing the US of supporting ISIS. How can the US join forces with a country that makes such false claims and portrays America as the enemy?

Fifth, Putin needs to stop the flow of fighters from Russia into Syria. Even Russian estimates suggest that by September 2015, some 2,400 Russian citizens had joined ISIS.

Finally, to be a useful partner in Syria, Russia must stop expecting concessions from the US on Ukraine. Such linkage will never work.

To enable cooperation with Russia, the US and its allies also must make some adjustments — as well as some commitments. First, moderate opposition groups receiving money and weapons from the US should not be compelled to fight only ISIS. Rather, they should be able to define their own military strategies, including a focus on fighting Assad's forces as a means of pressuring the regime to negotiate. They cannot be expected to fight ISIS when Assad is attacking them.

Second, US officials must press the Kremlin to get serious about pushing for a political transition, ultimately including free and fair elections. The US and the rest of the world cannot be tempted into believing in the false promise of autocratic stability. Assad's dictatorship has produced only death, displacement, and instability over the last four years. There is no reason to expect that his regime could produce stability in the future.

Third, American leaders must be crystal clear about segregating US support for Ukraine and cooperation with Russia in Syria. Sending ambiguous signals serves no purpose.

Finally, US leaders must remain realistic about the weak prospects for successful cooperation. Russia's bombing campaign has changed little on the ground, and its pledges to support a political transition are not new. Two previous international peacemaking efforts in which Russia participated (Geneva I and Geneva II) ended in failure.

In the year ahead, the US should seek an alliance with Russia to defeat ISIS; but it should do so with no illusions about the probability of success — and real concerns about the cost of failure.

Michael McFaul, U.S. Ambassador to the Russian Federation from 2012 to 2014, is Professor of Political Science, Hoover Institution Fellow, and Director of the Freeman Spogli Institute at Stanford University © Project Syndicate


The views expressed in opinion pieces do not necessarily reflect the position of The Moscow Times.

Michael A. McFaul is Director of the Freeman Spogli Institute for International Studies at Stanford University. His latest book is From Cold War to Hot Peace: An American Ambassador in Putin’s Russia.  @McFaul

Michael A. McFaul is Director of the Freeman Spogli Institute for International Studies at Stanford University. His latest book is From Cold War to Hot Peace: An American Ambassador in Putin’s Russia.  @McFaul

Russia Will Not Object Assad Ouster After Syrian War Ends

Russia has no objections to Syrian President Bashar Assad's ouster after the peace process starts in the country, Western diplomats say, the Reuters news...
news

Putin's Pivot: Out of Ukraine, Into Syria

Russia's war plan worked better than envisioned. But it has yet to achieve the main goal: End Western sanctions.
news