"It was Putin who wanted to meet me," says Stefan Durr, the German-born Russian farmer whose company EkoNiva became the largest producer of milk in Russia last year.

At the subsequent informal meeting with President Vladimir Putin in the office of Voronezh region Governor Alexei Gordeyev in August 2014, Durr says they chatted about politics. Durr told Putin he backed Russia's food import ban in retaliation against Western sanctions over the Ukraine crisis — and remains unabashed in his admiration for the Russian leader.

But Durr, who has both Russian and German citizenship, admits that watching the conflict between Russia and the European Union has been painful.

"It's like a child when its parents are getting divorced," he says. "When you ask the child whether he wants to live with mommy or daddy, he says 'I want to live with both.'"

Durr reels off a long list of the problems generated by Russia's economic downturn and sanctions — from a surge in falsified cheese endangering the whole industry to a dearth of Western financing — and says that EkoNiva is facing 2015 profits that will be "significantly less" than last year's.

The company has quadrupled its milk production over the last five years despite the long investment cycle experts say is essential for diary farming.

Returns on other livestock, including sheep and pigs, as well as most crops, are much more rapid. 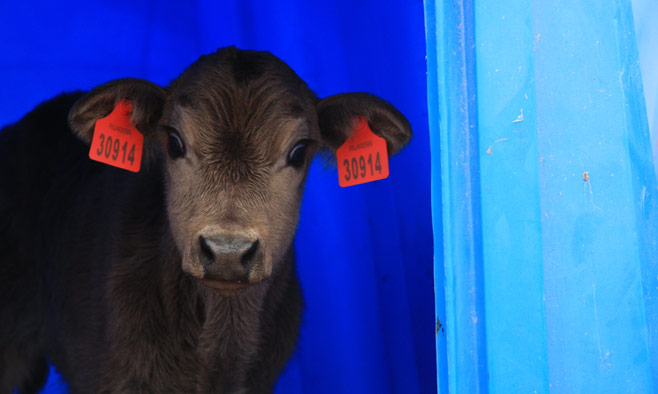 Vegetable and beef production were identified as two areas in which Russia is undersupplied.

But Durr insists the potential rewards are great — particularly as Russia's isolation on the world stage pushes self-sufficiency in agricultural production up the political agenda.

"A few years ago you were someone getting a lot of unreasonable subsidies from the government, but now you are the guy who is feeding the hungry," Durr says as he estimates that Russia requires investment of about 10 billion euros ($10.7 billion) to produce all the milk it consumes.

EkoNiva only began milk production in 2005, but the company's dairy business now accounts for about 60 percent of its revenues, according to Durr.

While Russian farmers now enjoy increased political weight, the net impact of sanctions on Russian agriculture has been negative, according to Durr, and he singles out the problem of fake cheese.

"Falsification will destroy all milk production in Russia if the government can't handle it," Durr says, estimating that over the last year the percentage of Russian cheese that is diluted with additives, such as palm oil, has rocketed to about 80 percent.

The problem is driven by Russia's food import embargo on European Union countries, traditionally large exporters of cheese to Russia, which has generated big domestic demand, ruthless producers and a government afraid that acting could fuel price rises.

In the wake of sanctions, Western investment for farming in Russia is now almost impossible to obtain, according to Durr. And the German farmer, who started out by selling agricultural machinery, admits that EkoNiva has switched to Chinese equipment suppliers since the start of sanctions.

Durr identifies vegetable and beef production alongside dairy as the key areas in which Russia is undersupplied — and explains that this deficiency has arisen since the end of the 1990s, when people in the Russian countryside began abandoning household farming. 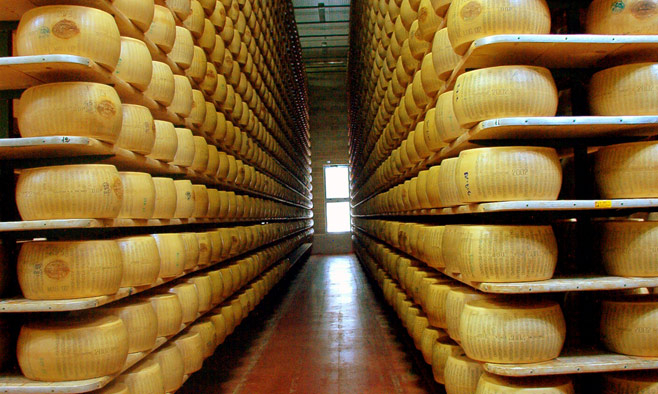 Durr estimates that over the last year, the amount of palm oil found in Russian dairy products has rocketed to about 80 percent.

He sees no economically viable future in Russia for private husbandry which, he maintains, will disappear as a generation of Soviet smallholders gets older.

"A small household without any mechanization raising a cow or digging the garden by hand will go," says Durr, who was an agrarian policy adviser to Russia's State Duma in the 1990s.

While crops like grain and oil seed were always produced on large farms, the decline of smallholdings means there is an increasing gap between domestic food production capabilities and demand. The gap is particularly large in potatoes, 90 percent of which were once produced by private households, says Durr.

Smallholders, which still produce about 10 percent of the country's milk and 50 percent of its beef, complain that pressure from big business has helped destroy private farming in Russia.

Durr first came to Russia as a student in 1989 and worked on a farm near Moscow as a pig inseminator. Now he is president of EkoNiva, valued at 200 million euros ($215 million), of which he owns a 52 percent stake. The company generated 65 million euros ($70 million) in pre-tax profits last year.

EkoNiva owns almost 200,000 hectares of land in Russia — four-fifths of the size of Luxembourg — and employs over 3,000 people.

Based mainly in the western Voronezh region, EkoNiva also has large farms in the Kaluga region to the south of Moscow, and in Siberia. After Durr was recommended by Voronezh Governor Gordeyev for Russian citizenship it was granted by Putin in January last year.

But Durr retains his ties with Germany. EkoNiva is one of the outfits controlled by Germany-based Ekosem-Agrar, of which Durr is both managing partner and CEO.

A recent opening of an automated milk producing facility built by EkoNiva in the Kaluga region was well attended by German diplomats and other German businessmen.

Durr says that he retains good contacts with German dairy firms and knows how they have managed to find ways around the food embargo to continue supplying Russia with milk, using middlemen based out of countries including Belarus, Albania and Serbia.

"I know a lot of German milk processors and everybody I know is still exporting to Russia," he says.

A Moscow court on Friday sentenced prominent opposition politician Ilya Yashin to eight and a half years in jail for spreading "false" information about...
'good spirits'

American basketball star Brittney Griner arrived in the United States Friday morning after she was released from a Russian prison in exchange for an arms...
stagnant straits

Millions of barrels of oil on apparently non-Russian tankers were stuck in Turkish waters due to Ankara’s proof-of-insurance demands as part of a...