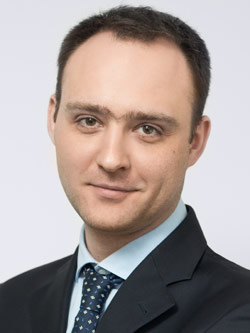 For quite a while public authorities acted as the initiators of concession projects. After the decision to implement a project using the concession model they would announce it and hold tenders.

In practice, many tenders were declared invalid due to the lack of interest from investors. This was primarily because the technical, financial and legal aspects had not been worked out.

The absence of private concession initiatives on the market was explained in many ways by the lack of legal regulation and the potential risks associated with a restriction of competition in the relevant sector.

However, amendments to the concession law entered into force on 1 May 2015 which authorized private concession initiatives at the legislative level, allowing as well private investors to negotiate with representatives of the public authorities before submitting an offer to enter into a concession agreement. The purpose of such discussions is to clarify and set out in greater detail the terms and procedure for implementing the project in question.

When preparing an offer the initiator of the concession project will need to confirm that it meets the general requirements stated by the concession law (no liquidation, bankruptcy or arrears for taxes and levies to Russian Federation budgets) and state the project's key parameters.

It will also be necessary to indicate in the offer the basic features of the facility covered by the concession agreement. These include its location, whether or not there is design documentation available, the technical and economic features of the property, the estimated cost and a description of the assets purported to be involved in the project.

It is important to bear in mind that in order to prepare an offer the initiator must not only perform an analysis of technical issues, but also take into account the financial, legal and strategic (program) aspects of project implementation: to submit information about the availability of at least 5% of the proposed investment funds (or the possibility of getting them through debt financing); to determine which authority will exercise the powers of the owner for the concession agreement facility, and to describe the timeliness, objectives and tasks of the proposed project.

Experts favorably assess the appearance of the first concession projects implemented in the private initiative format. Generally, project initiators are much more pragmatic at preparing a draft than the public authorities. This mechanism will help to reduce budget expenditure because a private investor prepares the draft.

Right now there are seven notices of private concession initiatives published on the specialized www.torgi.gov.ru website. It is worth noting that all seven of the initiatives are planned for implementation in the housing and utilities sector, mainly in heating and water supply.

The draft concession agreements represented on the specialized website and that are a mandatory attachment to the investor's initiative application itself represent standard agreements approved by the RF Government for housing and utility infrastructure that have been adapted for a specific project.

Based on these circumstances it is possible to suppose that such pilot projects may be treated as low capital investment projects and most likely are not intended to be implemented with project financing because there is no bank financing. In practice this means that either the concessionaire or its group will provide the financing.

It is obvious that, in the mid-term, private initiative should "materialize" in various sectors of the economy where the appearance of new projects has long been awaited. The areas of highest demand are healthcare, energy, solid waste processing and disposal (especially in light of the amendments of the relevant legislation in 2016), and the transportation sector, possibly with an emphasis on rail.

Authorities in the Russian capital have advised residents to wear face masks to protect themselves from the smog.