TALLINN — On Monday, ethnic Russians in Estonia will wake up to a new television channel created expressly for them, a move by the Estonian government to reach out to its Russian minority and counter what Western governments have described as the Kremlin’s infowar.

Although ethnic Russians make up a quarter of the former Soviet country’s 1.3-million population, they are often cut off from ethnic Estonians by media, language and geography. The new government-funded Russian-language channel is aimed at bridging those divides.

The channel’s launch also attests to the concerns of politicians in the Baltic countries that after Russia’s meddling in Ukraine under the pretext of protecting ethnic Russians there, ethnic Russians living on their soil could be stirred up by Russian propaganda to undermine stability.

In interviews for this article, ethnic Russians in Estonia dismissed that idea but complained about their treatment by school systems, employers and the government.

“Everything comes down to language: If you don’t know the [Estonian] language, you aren’t a person,” said a Russian bus driver, Alexander, 33, who asked for his surname to be withheld from print. Most ethnic Russians interviewed for this article made the same request.

Named ETV+, the new channel is part of Estonia’s government broadcasting company, ERR, and will be the only government channel entirely in Russian.

The decades-old idea of the country having its own Russian-language channel gathered steam in early 2014, as Baltic governments mulled how to counter aggressively anti-Western Russian television broadcasts inside their borders, such as major pro-Kremlin Russian channels Channel One and NTV, which are readily available in Estonia.

Estonia’s Culture Ministry convened a committee of journalists and professors last May, and the Cabinet gave the TV project the green light a year ago, local media reported.

The station has an annual budget of about 4 million euros, which it gets from the Estonian federal budget, said ETV Plus spokeswoman Anastasia Drachyova.

ETV+ will be the only Russian-language TV station in Estonia focused on Estonian topics. Most of its shows will be entertainment and lifestyle, including new ones made for ETV+. Two Russian-language news shows are moving over from another ERR channel, while discussion and analytical programs have also been created for the new channel.

Darya Saar, the Russian-speaking editor-in-chief of ETV+, told The Moscow Times that the Estonian government’s criterion for developing the station’s audience is that by 2017, every resident of Estonia should spend 15 minutes a week watching the channel.

One factor in the new channel’s potential success or failure will be how well it navigates polarizing topics such as the conflict in eastern Ukraine and integration of ethnic Russians in Estonia.

In e-mailed comments, Ainar Ruussaar, an ERR executive board member, said ERR is “an independent public service broadcasting organization, not the government’s mouthpiece,” adding that Estonian law “doesn’t allow” the company to be a state propaganda organization.

Ethnic Russians said in interviews that they would tune in to the station, if only to check it out.

“If it’s interesting, then we’ll watch it,” said Irina Kuznetsova, 25, a resident of the Estonian border town of Narva.

Some were skeptical about the channel’s independence from the Estonian government or its effectiveness.

As an overture to Estonia’s official treatment of its ethnic Russian population, “they are about 20 years late with this channel,” said Larisa, 54, a Tallinn resident. 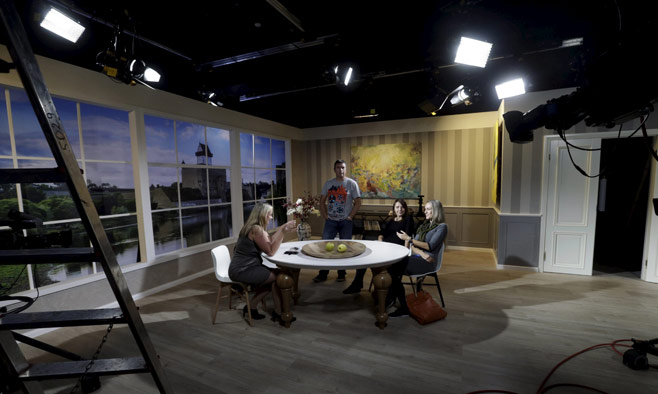 Estonia restricts citizenship — and therefore a sizable bulk of government jobs — to people who have passed an exam in the Estonian language. For many ethnic Russians who found themselves living in the Baltic country after the breakup of the Soviet Union in 1991, this restriction is a major barrier to their integration.

Many of Estonia’s Russians don’t have an Estonian passport. Out of the 330,000 ethnic Russians living in Estonia, up to 90,000 have Russian passports, while tens of thousands more are stateless persons with neither Estonian nor Russian citizenship, according to Estonia’s Interior Ministry.

When it comes to ethnic relations, “the main problem has always been segregation,” said Matthew Crandall, a U.S. lecturer in international relations at Tallinn University.

“Ethnic Russians and ethnic Estonians do not interact at desired levels. This is true in housing regions, employment and education,” he said by e-mail.

Economic woes and discrimination were the most common topics that came up in more than 30 street interviews conducted by The Moscow Times last month in Tallinn, Narva and Kohtla-Jarve to gauge sentiments among Estonia’s Russians.

For many people, the question of whether the Estonian government does enough for ethnic Russians provoked the same reply: “It doesn’t do anything.”

A number of people described discrimination against Russians at work.

Sitting with friends in a Tallinn pizza shop, Valery, 24, said employers prefer to hire Estonian speakers. During a construction job, “I got less than an Estonian in the exact same job, and I had worked longer,” he said.

Bus driver Alexander said he had trouble getting jobs because of language bias: Even after he learned Estonian well enough to receive Estonian citizenship, that wasn’t enough for one prospective employer, who wanted him to speak it fluently with passengers.

When he drove buses for another company in Tallinn, his supervisors told him to keep Russian radio stations turned down “because people might complain.”

Young ethnic Russians are acutely aware of the correlation between Estonian language skills and their prospects.

Tallinn teenager Alexander Fridlund, 19, who just finished high school, said “many Russians don’t know Estonian, and they have lots of problems because of it.”

His friend Filipp Obolonin, 18, was even blunter: “If you don’t know the language, you’re going to get minimum wage.”

Some people interviewed for this article complained about the way ethnic Russian children learn Estonian.

Kuznetsova, the 25-year-old in Narva, said that because her son’s classes are taught in Estonian, “I have a child who doesn’t understand anything” at his school.

Children from Russian-speaking homes generally attend grade schools in which classes are taught in Russian.

But in Tallinn, Gerbert Samosha, 22, complained that the government is closing Russian-language schools. “There are almost no Russian schools left in my neighborhood,” he said.

Both Russian-language and Estonian-language schools are closing because the number of school-age children has dropped during the past 10 years, the Education and Research Ministry said.

“We haven’t closed a single school because of language,” said Irene Kaosaar, head of the ministry’s general education department.

Many ethnic Russians, however, view the shuttering of Russian-language schools as discrimination directed at them.

Alexander Kozlov, 22, was hanging out with his friend Samosha in Tallinn’s Tammsaare Park.

Kozlov is now finishing his last year at a St. Petersburg university. “I moved there specifically to be with my own,” he said. 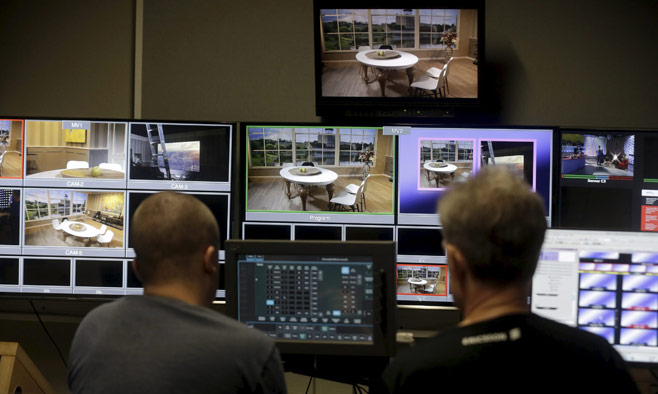 Engineers working in the control room of the new channel, which ERR denies will be a propaganda mouthpiece.

In almost all interviews for this article, ethnic Russians rejected the idea that Russia could stir up their frustrations and provoke unrest. Many called it unlikely or absurd.

In Narva, which sits across a small river from Ivangorod in Russia, Sergei, 35, and his friend Alexei, 37, both called the idea of Russia-fomented political disturbance “total rubbish.”

“We have lived our whole lives in this city, with Russia nearby,” said Sergei, who works in metals construction. “It isn’t necessary for Russia to protect anyone here because we have always lived here peacefully and we will live here peacefully.”

In Kohtla-Jarve, Valentina Yurkevich, 58, said she didn’t see the risk of such a scenario.

“No, it isn’t possible,” she said, saying the two countries are more inclined to trade with each other.

Marina, 47, who was walking with her daughter Yelena, 20, in Kohtla-Jarve said the Russia-phobic worries were unfounded. “That isn’t true,” she said. “If there aren’t any actions on the Estonian side, Russia … isn’t going to do anything,” Marina said.

Still, some people brought up the Bronze Soldier riots, suggesting that the eight-year-old incident is still a raw subject for ethnic Russians.

In April 2007, Estonian authorities chose to relocate out of central Tallinn a Soviet-era memorial to Russians killed in World War II, as well as the graves of Red Army soldiers at the site.

That sparked large street protests by ethnic Russians — backed by pro-Kremlin youth groups in Russia — that turned into two nights of rioting in which one person was killed.

Ethnic Russians claimed that Estonian police used excessive force on protesters; the BBC reported at the time that police used water cannons and tear gas. For their part, ethnic Estonians were scared by the violent outburst and blamed Russian residents for what happened.

“The Bronze Soldier riot did cement and enhance a social cleavage that still exists today,” said Crandall at Tallinn University. “This has had a wide impact on Estonian domestic politics, where elections are still cast in a Russia-Estonia light.”

Recent fighting around the Zaporizhzhia plant controlled by Russian forces has raised the specter of a nuclear incident comparable to Chernobyl.
de-sovietization