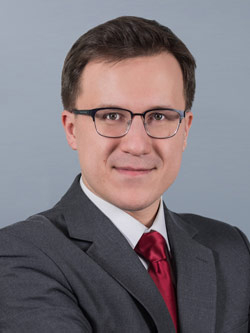 A few months ago one of my students wrote a course paper concentrated on analysis of legal aspects of the fictional universe of Harry Potter franchise. The topic was so eye-catching and, in a good sense, provocative, that I did not hesitate to make a photo of the cover and post it on my Instagram and Facebook accounts. It was up to author of the paper to disclose her name as only the title of the paper and name of the University in the heading got into the photo. Eventually, it was, of course, apparent who the author was and who served as an academic adviser, and we gathered some decent likes. To my surprise, a few days ago a friend of my friend (the latter also teaches at the University), all of a sudden, posted my photo on his account without reference and making a wrong attribution to my colleague to whom I am grateful for immediately making a proper attribution to me. I start with this story because it is so illustrative when it comes to questions of intellectual property in digital environment and especially in its pinnacle — the digital entertainment industry.

Indeed, as the world becomes more and more digital, so too does the entertainment industry, which includes those areas which are being 'digitalized', like literature or cinema, and those which have been digital from the start. The latter is, without doubt, computer games which are no longer considered as a weird (in the eyes of some) subculture, but now rather as a commonplace phenomenon. From a lawyer's perspective games are really interesting, as they make a very comprehensive reflection of the complex of law-in-digital-world problems. That said, the intellectual property problems are the main focus. At least two aspects can be indicated in this respect. First, the digital world is not forgiving in terms of the speed and ease with which the information can spread — these are really challenging to intellectual property rights protection, and the introductory story should have clarified this aspect to a great extent. Second, although there can be discussions, real success in game development is measured more in discovering new rules and interactions between rules rather than milestones in graphics, sound or narrative. And it is where the problem lies. Rules are ideas, and ideas per se are not protected by copyright. The digital world allows an unprecedented pace of legally compliant cloning (casual mobile gamers can remember dozens of Flappy Bird clones appearing in the days after the game was released), and by analogy this logic is also applicable to other media.

Is there any way to mitigate risks associated with the copying of ideas which are not, by default, protected by copyright? One particular way is not just a legal technique, but rather a middle ground between art (should it be game design or anything else) and jurisprudence, and it requires the finding of such an aspect of an idea which would naturally require a specific form so that it would be near to impossible to put this non-protected (at a first glance) idea into another work without borrowing the form which is subject to legal protection. What do these high-level considerations mean? A few years ago, in a case of Tetris Holding, LLC v. Xio Interactive, Inc. (Tetris Holding, LLC v. Xio Interactive, Inc., 863 F.Supp.2d 394 (D.N.J. 2012), a landmark one for the game industry, the judge ruled that in the case of Tetris it is near to impossible to draw a line between the idea (in particular, figures consisting of four square blocks) and the form, and therefore the idea should be protected as the form. This gives a general hint on how lawyers, working together with artists, could increase an intellectual property value of a given work. This logic may require some adaptations for civil law systems, but in essence nothing makes it non-functional here.

And as for myself, next time I will make a photo of one of the extraordinary course papers written by my students, I will make sure that my name on the cover is caught as well — this would serve as a decent built-in DRM (Digital Rights Management).

Russia could increase taxes for the first time since the invasion of Ukraine to help plug a hole in the state budget, independent media outlet The Bell...
execution claims

A Russian pro-war nationalist mercenary has died from a gunshot wound to the head in eastern Ukraine in what his family called an assassination attempt...
unrecognized annexation