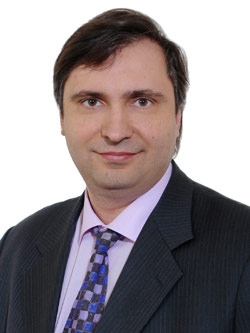 Striving to increase the attractiveness of its economy for investors, Russia continues to reform its commercial law in line with the needs of modern business. And the next step of this ongoing reform is a dramatic change in Russian contract law.

In particular, the revised section of the Russian Civil Code (the Civil Code) on obligations (the Amendments) was signed into law on 8 March 2015 and becomes effective as of 1 June 2015 (the Effective Date). The Amendments, among other things, introduce several new concepts, such as: (i) representations/warranties and indemnities; (ii) intercreditor agreements between unsecured creditors; (iii) independent guarantees provided by a corporate entity; (iv) security payments as a new type of security (akin to collateral arrangements under derivatives transactions); (v) taking of the majority lenders' decision; and (vi) the waiver of rights concepts.

Some of these changes were long-awaited by the market and its practitioners, and are likely to facilitate the documentation and enforcement in Russia of certain concepts that are commonly used internationally under English law transactions. Other changes are vague and will require further clarification in order to achieve their desired practical effect. In this article we touch briefly on some of the above novelties which will help to better protect creditors' rights and should allow for Russian law-governed lending transactions to be structured closer to internationally used standards. This article discusses some of these changes only, as its format unfortunately does not permit us to cover all important amendments. 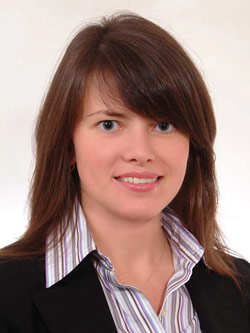 The Amendments introduce into Russian law a concept analogous to the common law concept of representations and warranties (although with no distinction between such concepts) which can be given, inter alia, in relation to lending transactions. A party may give a representation prior to, upon or after the execution of a contract in relation to the circumstances relating to the execution, performance or validity of that contract (including with regard to the subject matter of the contract, due execution and authorisation, compliance with laws, financial condition of a party etc.). In other words, the Amendments would cover any representations which are normally given by the borrowers in lending transactions and provide the lenders with a protection for breach of such representations by the borrowers. Namely, if a party makes a false representation (the misrepresenting party), the affected counterparty that incurred damages may:

(ii) in addition to the remedies described in paragraph (i) above and unless otherwise prescribed by the contract, unilaterally terminate the contract, provided that the affected counterparty relied on a false representation and such representation is material to it; and

(iii) instead of using the remedy described in paragraph (ii) above, claim invalidity of the contract on the grounds of fraud or material misrepresentation.

The misrepresenting party remains liable for the reimbursement of damages or payment of any contractual penalty even if the underlying contract is declared invalid.

The Amendments also finally resolve the question of enforceability of indemnities under Russian law by introducing a similar concept of "compensation of losses", which is similar to the English law concept of indemnity. This provides that a party may undertake in a contract to compensate various losses incurred by its counterparty upon certain circumstances, provided that such losses are not connected with the breach of obligations by the undertaking party. Such circumstances may include the impossibility of performing certain obligations or third party claims. The contract must specify the amount of compensation or a mechanism allowing it to be determined. Courts are not entitled to reduce the agreed amount of such compensation, unless the relevant party has taken deliberate actions (or omissions) which have resulted in an increase in the compensation. Unless the contract provides otherwise, the undertaking party remains liable for any losses even if the underlying contract is declared invalid.

Independent Guarantee instead of Bank Guarantee

The Amendments permit the commercial companies to issue guarantees which will be independent from the validity of the underlying claim guaranteed by such guarantee. This could be a very attractive instrument for lenders. Until the Effective Date only Russian banks and insurance companies were able to grant such guarantees governed by Russian law. Therefore, where international lenders were seeking such guarantees from other corporate entities, such entities had to issue these guarantees under the relevant foreign law which would permit the issuing of such guarantees (e.g. English or NY law). However, in circumstances where using foreign law to govern transaction documents is not possible, the lenders will have to accept Russian law suretyships, which are not always as easy to enforce as an independent guarantee.

As with pledges and suretyships, the rights of the beneficiary under the guarantee may be assigned only simultaneously with its rights under the related secured obligation. Unless otherwise agreed between the parties, an assignment by the beneficiary requires the prior consent of the guarantor. The Amendments also introduce liability on the part of the beneficiary for the provision of documents which are not authentic or for the submission of invalid claims. Unfortunately, it is not absolutely clear how certain rules related to the independent guarantees will work. Also, such guarantees may not be given by individuals, so, for example, individual shareholders of a borrower would not be able to issue such guarantees to the lenders. But, the emergence of this instrument is still a major step forward.

The Amendments expressly allow the amendment or termination of an entrepreneurial agreement by the decision of all or a majority of its parties, if this option is set out in the relevant agreement. The agreement may provide the definition, or the procedure for determination of, the parties' majority. In our view, in relation to lending transactions, this concept enables the parties to replicate the English law concept of the majority lenders' decision in Russian law-governed syndicated loan facilities and redraw them closer to international standards (such as, for example, LMA documentation).

As mentioned above, there are quite a number of other changes which introduce new legal concepts or even very helpful technical improvements. For example, it is expressly confirmed by the Amendments that, unless otherwise required by law, Russian law documents may be executed by way of exchange of executed counterparts by electronic mail. It is now a matter of the practical application and judicial interpretation of the Amendments that will enable them to become a fully workable instrument in structuring commercial transactions under Russian law.