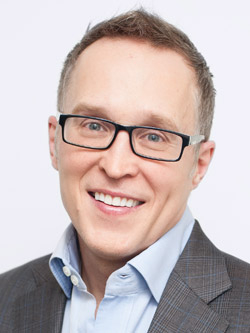 Consensual debt restructurings ("restructurings") are an invaluable resource for companies facing financial distress from external circumstances, e.g., a general economic downturn or sectoral deterioration. Restructurings allow businesses to adjust their balance sheets without risking break-up or atrophy during lengthy insolvency proceedings. They may also involve a change in ownership of the debtor, when either the current owners or a "white knight" (a friendly buyer) reaches agreement with creditors on a discount ("haircut") on debt. Restructurings present major opportunities in a down market.

Today's Russian economic crisis brings restructurings back into the limelight, underscoring the tremendous value this tool presents for business owners, creditors and investors.

In Russia, restructurings have historically been the antithesis of formal insolvencies. Their main purpose is to restore the business's financial health and stabilize it to secure its long-term, sustainable viability — for the benefit of its owners, employees, creditors, suppliers and customers. Restructurings are, if you will, the "grease on the wheels" of economic machinery, the occasional "re-setting of the dials" so fundamentally sound businesses can continue to adapt and grow. Russian bankruptcy law and practice has historically focused more on formal winding-ups. While RF Law No. 127-FZ on Insolvency of 26.10.02 (the "Bankruptcy Law") contains detailed provisions on financial rehabilitation, in practice this has been the least-commonly used procedure in Russia. This is in part due to the need to involve the court and in part due to the insufficient level of creditor control it offers. Stakeholders are often loath to turn to the courts, leaving insolvency as a "last resort" when it is already too late to revive the business. 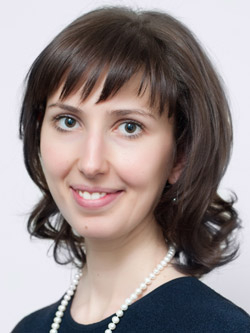 Restructurings in Russia thus often represent the most viable alternative to formal insolvency. In most cases, a private restructuring will have a distinct advantage over insolvency. Financial pressure on the debtor will be relieved, and it may resuscitate its business. Creditors, over time, often receive fuller repayment than in liquidation. A paramount advantage of a work-out is avoiding the "trauma and taint" of insolvency on a business (Wood, Principles of International Insolvency, second edition). Other advantages include the possibility to negotiate without judicial intrusion, the absence of compulsory conversion of foreign-exchange-denominated debt and more creditor control. In Russia, this list is topped by the interest of avoiding systemic problems perceived to plague Russia's judiciary. In formal insolvencies, stakeholders face potential corruption, interference and lack of commerciality by the bench in applying laws. (Russian courts remain widely criticized for their corruption and susceptibility to influence, both at the local level (e.g., in the Sidanko case), and the federal level (e.g., in the Yukos case). Out of more than 170 countries listed in Transparency International's Corruption Perceptions Index, Russia was ranked 127th in 2013 and 136th in 2014. Abuse of the judicial system by private parties to pursue private commercial agendas (in Russia called "raiding"), including via bankruptcies, is unfortunately perceived to be the norm. See "Criminal Corporate Raiding in Russia," Firestone, Resident Legal Advisor USDOJ, U.S. Embassy Moscow (delivered at ABA Moscow conference September 2009); Council of Europe Document 12038, 29 September 2009 (condemning the Russian government's actions in the Yukos bankruptcy and related criminal proceedings). Where strong government interests arise (e.g., strategic industry), a strong perception persists that Russian courts do not act impartially. There is also anecdotal evidence that state companies continue to abuse creditor positions.) These factors place a premium on restructurings.

Not surprisingly, the news is once again filled with stories of restructuring negotiations. Recent examples include mining giant Mechel and Khanty-Mansiysk airliner UTair. Large corporates may have greater bargaining power in these exercises. The state may also step in to provide assistance such as security, financing, and assisting in brokering deals to protect jobs. By contrast, smaller businesses may struggle to mediate restructuring agreements with creditors.

The more diverse the creditor body, the more challenging is the exercise. Whereas institutional lenders may be ready to take the route of negotiation (and in the authors' experience often form a well-organized group with similar interests), trade and other non-banking creditors may be less organized and willing to participate. Consequently, some new facility may be needed to repay such creditors. But even within the body of bank-creditors discord may arise. If a haircut is on the table, lenders may disagree on its necessity or size. Views of lenders with greater involvement in Russia may diverge from those of foreign lenders.

Our recent experience demonstrates that even in the complex scenario of a bank-borrower facing imminent loss of license and liquidation, restructuring is not only possible but can actually create a genuine "win-win" story. In that case, eleven creditors of a small Russian bank-borrower successfully managed to agree among themselves, the bank-borrower and a white knight on a full restructuring and settlement of all outstanding loans and sale of the bank-borrower to the knight. The transaction was signed literally at the eleventh hour on New Year's Eve and closed with final settlement to all lenders in mid-January.

What made it a success? The uniformity of the body of lenders and similarity of interests encouraged a harmonious approach based on INSOL principles (See http:www.ifecom.cjf.gob.mx/PDF%5Carticulo%5C4.pdf). A single lender experienced in Russia was encouraged by others to take the leadership role. All parties communicated regularly and transparently. This built a strong sense of trust and commitment to addressing complex issues promptly and effectively. The bank-borrower itself had built up a team of honest, competent managers, committed to the business's success. And the white knight — who undertook to ensure the repayment completed as agreed — proved a trustworthy partner with genuine interest in the bank's business, as it fit into his broader strategy.

By contrast, another restructuring on which these authors worked in 2009 did not fare nearly as well. That case also involved a homogeneous pool of creditors largely made of up of institutional bondholders. Although they engaged an independent mediator to organize a creditors committee to lead negotiations, other factors outweighed these efforts. This included a history of fraud and mismanagement of the business — and the creditors' failure to demand change in management and pursue dishonest managers. The business went into insolvency within about a year following the restructuring.

Indeed, the human factor — integrity and competence — can be a critical factor in determining whether a restructuring succeeds. The debtor's financial situation must be carefully scrutinized by advisors (financial/legal due diligence) to detect signs of fraud. If fraud is involved, every dollar spent on restructuring will be wasted. Even when the situation is not extreme, practitioners agree continued bad management is one of the major obstacles to restructurings (Wood, op cit.).

Although restructuring is meant to replace insolvency, it is still essential to understand the Bankruptcy Law. Like other jurisdictions' law, it obliges a debtor to file for insolvency in certain cases (e.g., asset or cash-flow insolvency). Likewise, any single creditor may petition for bankruptcy where entry criteria are met. Hence, it is crucial to involve in a restructuring as many creditors as possible. Payments to creditors in the course of the restructuring may also risk avoidance as suspect transactions or preferences (Articles 61.2 and 61.3 of the Bankruptcy Law). These risks may crystalize in subsequent insolvency procedures commenced within relevant hardening periods (Pursuant to articles 61.2 and 61.3 of the Bankruptcy Law, a period from 1 month to 3 years). Likewise, any new security agreed on in the restructuring may be treated under the law as a preference during such periods.

Due to these general risks (which arise under most countries' laws), some jurisdictions allow for a hybrid solution combining features of both restructurings and insolvencies, known as "pre-packed insolvencies." In the U.S. and U.K., pre-packs are available and commonly used by businesses and creditors. Contractual terms are agreed in advance of the insolvency filings, then (usually) swiftly approved by the courts. Unfortunately, the Bankruptcy Law does not accommodate this approach. In 2009, the RF Ministry for Economic Development suggested extensive amendments to the Bankruptcy Law aimed at introducing this. However, the draft dissolved into thin air as soon as the country showed its first signs of recovery.

History demonstrates that times of economic distress are propitious for legislative reform. Following the global financial crisis of 2008, we observed major changes introduced to many areas of Russian law allowing for more flexibility in contractual relations, modifying security enforcement and introducing debt-to-equity swaps. The latest amendments to the RF Civil Code (entering into force 1 June 2015) introduce some new, useful concepts (Federal Law dated 8 March 2015 No. 42-FZ "On amendments to part I of the Civil Code of the Russian Federation"). In this connection, Article 309.1 merits attention. It introduces the notion of an inter-creditor agreement allowing creditors contractually to agree priority of claims and disproportionate character of payments to creditors. It remains to be seen how this will be used in practice.

One hopes the current hard times will present fertile ground for further legislative and judicial reform. In the meantime, close cooperation and open communication amongst business owners and creditors may prove the most reliable path toward finding win-win solutions.