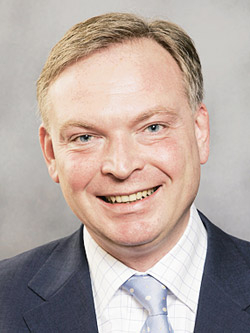 The EEU is an advanced form of economic integration among its Member States, which is based on economic and legal pillars of the Customs Union ("CU") and Single Economic Space ("SES") of Russia, Kazakhstan and Belarus. Cornerstone principles of governance, decision making and dispute settlement in the EEU have been already tested in the CU and SES, as well as in the Eurasian Economic Community.

The Treaty significantly deepens coordination among EEU Member States on many issues and assigns new functions and competencies to the executive bodies of the EEU, consequently reducing national sovereignty in many economic areas. The principal executive body of the EEU — the Eurasian Economic Commission ("EEC") — significantly expanded powers to enforce common policies and regulations on matters covered by the Treaty.

The dispute settlement mechanism of the CU and SES has also experienced substantial changes. In particular, the Treaty progressively restricted certain general and procedural powers of the new Court of the Eurasian Economic Union ("EEU Court" or the "Court") in comparison to its predecessor — the Court of the Eurasian Economic Community ("EurAsEC Court") — operating in Minsk (Belarus) since 1 January 2012. 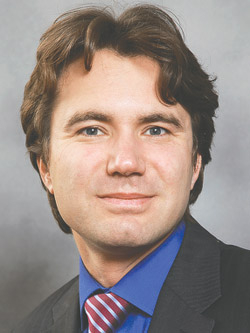 The EEU Court remains the supreme judicial body of the EEU. It occupies the same premises and has similar administrative and organizational structures as the EurAsEC Court. The Treaty extends the term of appointment for judges (two judges from each EEU Member State) from six to nine years. This development should positively influence the skills and impartiality of judges. On 10 February 2015, all eight judges took the oath of the Court. The majority of judges have been reappointed from the EurAsEC Court.

The EEU Court will continue to resolve disputes between EEU Member States, between the EEC and EEU Member States, and will also consider claims brought by private entities (including foreign ones) against decisions, actions or inactions of the EEC, as well as interpreting the EEU Agreements.

At the same time, under the Statute of the Court, the EEU Court has lost important powers to issue advisory opinions on issues pertaining to interpretations of the Treaty and the EEU Agreements. According to the previous rules, the EurAsEC Court could provide non-binding advisory opinions upon requests from supreme national courts of EEU Member States (analogous to preliminary rulings by the EU Court of Justice) in cases where any party in the proceedings in a national court requested so referring to EEU law. The above amendments may significantly diminish the unifying and consolidating influence of the EEU Court on judicial and enforcement practices taking place within national courts of the EEU. This may also negatively affect the chances of private entities to successfully invoke EEU law in defending their interests in the national courts of EEU Member States.

Under the Treaty the EEC would have three months (previously two months) to reply to mandatory Pre-court Requests that private claimants submit to the EEC prior to a formal application to the EEU Court. Claims and grounds of subsequent applications to the Court should not deviate from respective Pre-court Requests. In addition, decisions of the EEU Court should not go beyond claims raised by private entities in their formal applications to the Court. Many believe that this approach significantly limits active roles of judges within the proceedings and their abilities to consider any case impartially, objectively and comprehensively.

Contested decisions or (in)actions of the EEC remain in force during theCourt proceedings. Moreover, the EEU Treaty univocally clarifies that even successfully contested decisions or (in)actions are normally not recalled or suspended automatically upon the Court rulings: the EEC has 60 days to amend contested acts bringing them into consistency with EEU law and the Court findings.

In case of anti-dumping, countervailing or safeguards measures, successfully contested decisions of the EEC could be amended only upon initiation and conclusions by the EEC of ex oficio reviews of the measures. The reviews should be limited only to matters that are necessary to comply with findings of the Court. This approach substantially diminishes the practical value of the EEU Court in challenging trade defense measures, and thus multiplying risks of WTO disputes.

In other words, many believe that the Treaty critically reduces competencies, powers and, thus, the role of the judicial authority in the day-to-day activities of the overall organization, and, arguably, the rule of law in the EEU. Critics believe that the above changes in the balance of powers between the EEU executive and judicial bodies as well as new restrictions on private entities within the Court may adversely affect the overall performance of the organization and impede achievement of its main objective — economic development on the basis of law in the interests of all citizens of the EEU, as stated in the preamble to the EEU Treaty.

On the other hand, the EEU Court continues to enjoy sufficient powers to adjudicate professionally and impartially in accordance with principles of due administration and with equal respect of legal rights of the parties in all potential cases. Therefore, it might have been the intent of the drafters of the Treaty to limit the powers of the Court to allow it to gain experience and maturity over complex and politically sensitive cases that might arise at the early stages of the running of the EEU and only later after that to entrust judges with a broader mandate.

For instance, the EU courts made a similar journey. Through hard daily work, judges of the European Court of Justice earned a profound space for the court within the EU order and gained broad discretionary powers on extremely important matters. It seems that judges of the EEU Court have no other choice but to prove that they merit the same responsibility and dignity. If judges are able to prove this, they would reach a balanced EEU judicial system.

The presidents of nine NATO countries in central and eastern Europe declared on Sunday they would never recognise the annexation by Russia of Ukrainian...