As Russia's economy pays the price of Western sanctions and cheap oil, its top executives and entrepreneurs are looking to greener pastures.

Gloomy economic growth prospects and steep falls in the value of the ruble currency have done nothing to abate this trend.

The Moscow Times sat down with Mark Hamill, CEO of SpenglerFox, to discuss this potential outflow of top managers and its likely impact on the Russian labor market. 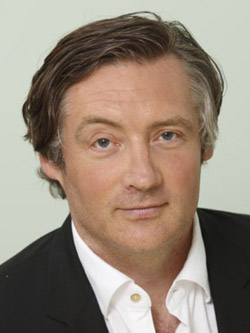 Q: When did you start receiving more requests from Russian executives?

A: I started noticing the emails at my London desk in September and October. You suddenly started to see more and more requests, initially from Russian national executives — people who are either leading or sitting on executive committees of multinational businesses in Russia.

Whereas before it was probably one to five reach-outs a month, now it's 25 to 40 a month. You definitely feel that trepidation, that nervousness about what's going on.

Q: What about expat leaders?

A: An expatriate executive told me yesterday he is in negotiations with his organization, a U.S. firm, about a relocation to headquarters. With the devaluation, he's already become incredibly expensive for the business, a real risk on business performance [foreign executives often receive salaries pegged to a foreign currency, even if their unit's revenues are in rubles — MT]. Corporations are looking at Russia from a cost-benefit point of view.

Another trend is people seeing the growing importance of other hubs, such as Istanbul and Dubai. The question is whether your senior executive, be they expat or local, can add more value to the business working out of a different emerging market.

Q: Is there a risk of a significant exodus of top leadership?

A: It's easier to take top talent out of Russia now than at any other stage over the past five or six years. That is a risk, but I don't think it's that substantial.

There is also a risk of losing start-ups, entrepreneurs, innovators coming out of the local market. What needs to be avoided is a brain drain of that talent pool. A single executive from a multinational who might leave is more replaceable than the singular talent of some incredibly bright and courageous people in the entrepreneurial space.

Q: Why are entrepreneurs looking abroad?

A: There's definite concern about the reward of investing and building the business here versus doing the same in other markets around the world.

Q: Where are top Russian executives likely to move to?

A: There are two pools. One would be in EMEA [Europe, the Middle East and Africa] headquarters or global headquarters. You'd look at your classic London, Paris, Zurich, New York, be it in financial services or technology or consumer goods.

Companies are not just interested in Russian executives' thought process, but also their understanding of the Russian market. There could be roles in Paris, but running Central and Eastern Europe or emerging markets.

The other pool is other emerging markets, so Dubai, Istanbul, Shanghai. Taking the lessons from the Russian market and exporting them to the next priority on the company's list.

A: Straightforwardness, an ability to get to the point. Commercial and business acumen. What you miss sometimes is humility. A highly sought-after profile is the Russian leader with strong communication skills, with a disciplined approach to achieving results, who is leading a business with humility.

Q: Is that a common profile?

A: No. They're still rare, but you see that talent pool increasing year-on-year.

Q: If there is a major exodus, can these top Russian executives be easily replaced?

A: Companies have over the last two years been very focused on succession planning and building talent pools from within. I would be confident that the talent below executive level in Russia is stronger than it has ever been.

Q: Would an exodus be a good or bad thing for the market?

A: I'm Irish, so I'm optimistic, my glass is always half full. I think it's not a bad thing for the market to go through. Opportunity for next-generation talent to come through is always a good thing. I think there's a natural evolution that this could stimulate, not by design but by default.

Number of Western Foreigners in Russia Drops by Half a Million

The total number of Western foreigners in Russia, including tourists, reportedly dropped in January by about half a million year-on-year amid deepening...
'promoter of war'