In the run-up to the 2014 Winter Olympics, Russia's host city of Sochi was a byword for hyper-corruption.

With a $50 billion price tag, the Games were the most expensive in history. Many observers saw the project as a colossal white elephant and assumed that the city's vast new tourism and sport facilities would idle as soon the Olympic teams cleared out.

Horst Schulze thinks differently. Schulze, the creative force behind the Ritz Carlton hotel brand in the 1980s and 1990s, manages two luxury hotels in the city under his own brand, Solis, and will open a third hotel next year. He is certain that the resort, sandwiched between the eastern end of the Caucasus Mountains and the subtropical Black Sea coast, will be the next big thing — in time, a Russian version of the Colorado skiing mecca Aspen.

Sochi's rise is inevitable, he says, European ski tourists only have to come to the resort to be blown away by it, and the word will spread through Europe like wildfire.

Even Russia's current economic meltdown plays into Sochi's hands — a radically devalued ruble gives Sochi a huge competitive advantage over pricy Alpine destinations. This year's peak skiing season is already overbooked by Russians priced out of Europe by ruble weakness. For foreigners with valuable euros, dollars and pounds, Sochi is even more of a bargain.

The Moscow Times sat down with Mr. Schulze to talk about Sochi's destiny, hotel investment and the changing tastes of Russia's rich. 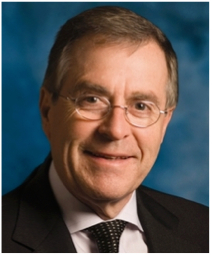 Q: You got involved in Sochi early. What were your expectations for the place?

A: We were talking about a deal in Moscow when that deal came out and we were asked: "Are you interested?"

My first reaction was — gee, typical overbuilding for the Olympics and then afterward there's nothing. Then we looked at it. To me, it's totally unquestionable — this will be a world destination. You have something very unusual — a two-season location. Beach and mountains. You make one booking, we can give you two days by the sea and three days in the mountains. I don't know of any place where you can do that. I saw it and thought that if it's done right and we sell it right — we as a community and a town and everyone together — this can become a world destination. We knew they would have the right infrastructure for the Olympics, and they did a heck of a good job.

Q: How long will it take to get there?

A: In three years the first major international airlines will put a route there. That's the next step that has to happen.

We are going to surprise. All I need is a few people from England to come over — skiers, people who belong to ski clubs. Once I have a few, we've got them. They'll tell the rest.

The next thing that will happen is the airlines all of a sudden see there's demand. So the first airline is going to take a little chance — "let's open once a week." Bang, you've got it. Now they have to advertise. That's how a destination is built.

We have to start building demand. The rest will snowball so fast.

Q: Can sanctions delay that, or is it inevitable?

A: It is inevitable. Come on, these things come and go. This is just like 2007-09. This thing here is a hiccup that will take a little longer than I thought, but it's a hiccup.

Q: If someone picked up on your enthusiasm for Sochi and wanted to invest there what advice would you have for them?

A: I would tell them now is a good time to buy because now Sochi is cheap.

But if you buy now, you must have "carry" — that means you have to expect that for the next three years you'll put in losses. But after three years it will be hugely over the original value.

Strong investors understand that. Weak investors will be collapsing. What you see sometimes is weak investors come for the first few years and pay for operations — because we [the hotel managers] don't pay for the losses, they [the owners] pay for them.

They often say in the industry that the second owner makes the money. Because the first sells it after the first three years.

Q: Are there differences between the tastes of rich Russians and the rich from other countries?

A: It's fascinating — 20 years ago when Russians came as guests to our [Ritz Carlton] hotels they were very demanding, loud, had a lot of money but were unsophisticated. Going into a room and saying: "Ah, its not big enough. Get a bigger one." Because money didn't make any difference. It was crude 25 years ago. Today you don't know if they're Russians or not.

It's funny — the same thing happened when the first Chinese came out five or six years ago. Very difficult, very demanding. It's an evolution.

A: I remember we had a saying in Germany. We said: "God protect you from storms and winds and Germans who are abroad." Because they went overseas when the first money came after the war, and they were loud, bringing cases of beer, hanging their laundry on the balcony. … It was a normal evolution. You see that now with the Russians.

Sochi's largest ski resort, Rosa Khutor, has hiked the price of holiday ski passes by more than 40 percent as the falling ruble brings an unexpected...
news

A decade ago, it was just another down-at-heels vacation destination. But the Black Sea resort town of Sochi has been transformed by hosting the 2014...
'inciting hatred'

A disgraced Russian monk who had barricaded himself inside his monastery with dozens of followers was sentenced to a total of seven years in prison on...
denying shortages

Russia’s defense industry has stepped up production of ammunition for the military to use in Ukraine, Sergei Chemezov, who heads the state defense...