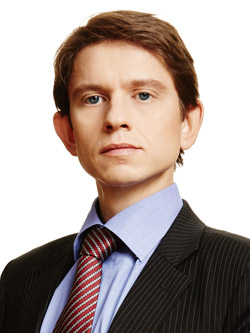 The concept of controlled foreign companies (CFC) exists in most developed economies, such as the United States, the UK, and France. The implementation of the CFC rules is not always economically justified: the related administration costs are comparable to or even exceed the revenues collected from the controlled foreign companies. The burning issue is the efficacy of the implementation of the new CFC rules in Russia. At any rate, Russian tax residents (companies and individuals) are now obligated to apply new rules. In practice, Russian companies and individual tax residents have three options.

First of all, it is possible to disclose the existing structure of the group to the Russian tax authorities, as required by Law #376-FZ. Russian tax residents should submit notice of participation in foreign companies as of January 1, 2015 by April 1, 2015. The tax office must be notified of direct or indirect participation, if the participation exceeds 10%. Thereafter the notice must be submitted regularly (within one month after the change or termination of participation in international organizations). Under the new rules the tax office should also be informed about non-corporate structures (foundations, trusts, and so on). Since the new compliance rules deal with individual taxpayers as well, they will inform the Russian tax authorities not only about the CFC involved in the business, but also about private assets, owned through an SPV (for example, the companies owning residential real estate abroad) or family trusts. The penalty for not submitting notification of participation in foreign organizations is 50,000 rubles for each company.

In addition to notification of participation in foreign organizations, companies and individuals should submit notices of CFC by March 20, 2016. Failure to provide such notice is punishable with a fine of 100,000 rubles for each CFC. If a CFC (or its profit) cannot benefit from any tax exemptions, then the profit is subject to tax in Russia (the tax base of CFC controlling persons should be increased for the appropriate amount). For the first time the controlling persons will pay tax on CFC profits in 2017 (CFC profit for 2015 is included in the tax base of controlling persons in 2016, submission of declarations and payments of the tax for 2016 to happen in 2017).

The controlling persons will bear additional costs connected with the maintenance of accounts and the preparation of the financial reports for CFC. The fact is that the tax returns of the tax residents should be complemented with the financial statement of CFC or, in the absence of the statements, with "other documents" confirming the computation of the CFC tax base. If the CFC is not subject to a statutory audit under its national law, it is necessary to calculate the taxes (and therefore maintenance of the accounts) under the Russian Tax code rules.

The second option is to revise the existing structure of the group based on the expected transaction and income and the tax residency status of controlling persons and foreign companies. This option is likely to require the retention of consultants since it implies deep understanding of not only Russian but also the foreign tax and corporate legislation.

In addition to the above extra costs, it is necessary to address the risk of changes in the current legislation of the Russian Federation. In practice most holding structures, which may be deemed to be effective from a tax perspective under the new law, are not protected by Double Tax Treaties. Therefore, such structures are vulnerable and can become ineffective in case of the change in Russian legislation (for example, when changes are made in the "black list" of countries, approved by the decree of the Ministry of Finance 108n).

The last option is likely to lead to some negative consequences for the company or individual (at least, as regards the penalty for failure to file notices of participation in international organizations and CFC).

Voting for the right decision necessitates serious analysis of the structure of the group and future plans of the companies, as well as evaluation of possible negative consequences. Further servicing of foreign companies implies increased attention as well. Offshore structures are no longer "boxed" products, and gradually come into the category of "luxury" products and thus require an individual approach. If you are not prepared to invest time and finances in such a new approach, it may be a good idea to get rid of such offshoe structures. Law #376-FZ allows the taxpayers to make this decision until the year 2017.