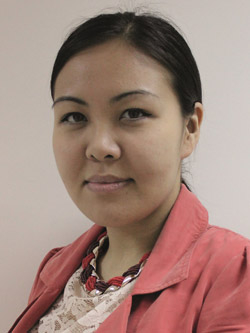 Starting in 2016, taxpayers may initiate a new mode of interaction with the tax authorities called horizontal (tax) monitoring.

Horizontal monitoring is a special form of tax control that allows taxpayers to solve arising tax issues online. In turn, the tax authorities receive access to the taxpayers' databases and documents, and therefore may constantly review the correctness of tax calculations in order to avoid possible tax evasion.

Horizontal monitoring is widely used in many countries. In Russia, such a procedure began in 2012 when the Federal Tax Service started testing a pilot project with several major taxpayers. It may seem that not all companies would like such an idea as this, as it allows the tax authorities to have full access to the databases, documents and information.

However, according to government officials, this pilot project showed many advantages for both sides and it was decided to officially launch the program on a large scale across Russia and make amendments to the Russian Tax Code.

The law on horizontal monitoring (officially called the Federal Law of Nov. 4, 2014 № 348-FZ "On Amendments to Part One of the Tax Code of the Russian Federation") was finally signed by the President on Nov. 4, 2014. The law will come into force beginning on Jan. 1, 2016.

• The amount of taxes paid in the previous year shall exceed 300 million rubles;

• The amount of revenue received in the previous year shall exceed 3 billion rubles;

• The value of assets as of Dec. 31 of the previous year shall exceed 3 billion rubles.

In order to apply for the horizontal monitoring program, a taxpayer has to provide the following information and documents:

• Regulations on information exchange — a document which describes the procedure of how documents and information are to be exchanged;

• Information regarding direct and/or indirect participants holding a share of more than 25 percent;

Horizontal monitoring has advantages for both the tax authorities and the taxpayers. For example, it lowers the number of tax audits which in turn reduces the workload of both parties. It also allows the tax authorities to influence companies' tax decisions.

For the taxpayer, such tax monitoring gives them a chance to receive constant clarifications from the tax authorities which may lower the company's costs for external tax consultants and also lower possible tax risks. It should be noted that taxpayers may request clarifications regarding any tax issues except for transfer pricing.

A possible disadvantage of tax monitoring is that the tax authorities will know whether the taxpayer has followed the clarification. If the Federal Tax Service agrees with the position of the tax authority, the taxpayer will have to notify whether he agrees or disagrees with such an opinion. It is very possible that in case of a disagreement, the company will have to advocate its position in court.

However, even in case of a disagreement with clarifications from the tax office, horizontal monitoring should be a useful procedure as it helps the taxpayer to at least understand the position of the tax authorities that may support them in future tax periods.

The law does not release taxpayers from the responsibility to submit tax returns. However, the law does remove liability for any errors when the taxpayer followed the recommendations of the tax authorities. Therefore, the new amendments to the law can help taxpayers avoid penalties and fines.

Also, tax monitoring releases taxpayers from the burden of tax audits (but not field tax audits which are conducted by the Federal Tax Service). However, it is important to mention that in case the taxpayer does not agree with the clarifications of the tax authorities and therefore does not follow them, a tax audit may be initiated.