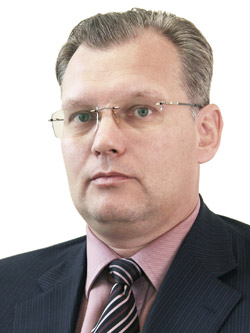 The State Duma this summer adopted a bill on penalties for concealing dual citizenship. Although the legislation does not appear to affect the legality of a Russian citizen holding a second passport, it does create a gray area. The Moscow Times' Mark Gay asked Igor Makarov, a partner at law firm Baker & McKenzie's Moscow office, how common it is for people to hold a second passport for business or personal reasons.

There may be several reasons to hold a second passport. First, a second passport often makes travel much easier, especially if it is issued by a country whose nationals enjoy visa-free travel with most countries and thus may move around the world more freely.

Second, in some countries, holding a national passport of that country is a legal pre-requisite for a foreigner to purchase local property, especially real estate, or hold shares in local companies and do business in that respective country.

Finally, a second passport, or residency permit, often helps with various personal and family matters, such as staying in a country beyond certain time limits, education and work, contributing much to the overall quality of life.

Q: The legislation does not stop a Russian citizen holding a second passport. Are there any actions that individuals should take?

A: Currently, Russian legislation is quite tolerant of second passports compared with many other countries. The only limitation, which has existed for a long time, applies to state or public service by virtue of which Russian holders of a second foreign passport are prohibited from occupying state and governmental positions, as well as executive positions in a number of state agencies and state-owned companies and from having access to state secrets. They are also forbidden from being admitted as judges, advocates or notaries. For the general public this legislation only requires Russian nationals who hold foreign passports or residency permits to report this fact, which is again a typical international practice. Failure to do so could lead to administrative or criminal penalties, though the latter may be excessive. But the factor of national security and state secrets may explain why a criminal sanction may apply.

Q: Have businesspeople raised this issue with your lawyers, and does it seem to be on their mind?

A: Of course, any such widely publicized issue tends to draw the attention of the general public as well as any person who does business internationally. But having a second passport or residency permit has never been a top priority for Russian business. There are a rather limited number of cases that resulted from very sophisticated, long-term estate and family planning. In more frequent cases it is a bonus, as when a summer home was purchased for personal reasons and a residency permit was obtained automatically.

Q: Do businesspeople worry that holding dual passports could disadvantage them in the eyes of the Russian authorities — for example in regulatory matters, in seeking approval for mergers and acquisitions, or simply in terms of maintaining good relations with regional and federal entities?

A: Currently, and as long as the Russian Constitution and the federal law on Russian citizenship remains as is, all the limitations are clear and relate to state services mainly.

Q: When business owners register their companies abroad, do they tend to seek a passport from the country in which their assets are registered — and does it matter?

A: Typically a separate set of motives play a role in choosing a jurisdiction to set up a business structure than choosing a second passport. They may end up being the same, but this is not the usual motivation. Business structures for holding foreign assets are usually set up in Luxembourg, the Netherlands, Switzerland and Cyprus. These jurisdictions offer a wide range of tools for protecting business interests regardless of the citizenship or residency of their beneficiary. Moreover, sometimes setting up a company in a jurisdiction where the asset is located and where a person holds a passport may be disadvantageous from a tax perspective because it could lead to extra taxation.

Q: Do the same concerns apply to the ownership of real estate outside Russia?

A: First, obtaining a second passport is not the main driving factor, since in most European countries buying property leads only to a residency permit, which is also limited in time and may be subject to various additional restrictions.

Second, owning real estate leads to additional tax burdens and should be carefully reviewed in the context of a second passport or residency permit, as many countries tend to tax people on their global income. But these are universal considerations.

Q: Can you see any reason why Russia or any other country should indeed restrict or discourage holding a second passport — or is the issue a matter of "political theater" rather than a legal or constitutional matter?

A: Some commentators believe that foreign citizenship reporting requirements together with tax "deoffshorization" measures, including draft CFC rules, and new currency control limitations are related processes aimed at increasing the transparency of Russian individuals. This is an international trend. The question of knowing who your citizens are, where they pay taxes, how they move money around and how they conduct business have always been on the radar of any government.

Activists are trying to determine the full extent of the crackdown during anti-government protests that rocked the Central Asian nation.
mission complete

The contingent of around 2,000 CSTO troops was deployed to Kazakhstan as protests over an energy price hike spiraled into deadly violence.
mining hub

The legendary mountain region of Svaneti has turned into a cryptocurrency mint, resulting in chronic electricity shortages.