Contribute Today
By Ulyana Holovenko
May 26, 2014 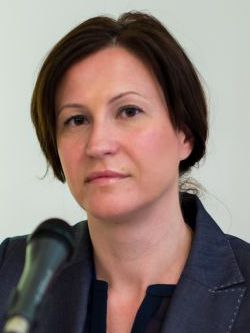 Russian business is certainly facing a challenging time. The Russian Government has sights set on the offshore business of Russian entities and individuals, and when they get their way it may have wide-reaching implications not only for Russian business, but for anyone doing business with Russian partners across the globe.

It's not a new concept, and is something most major economies are facing today: big business using offshore economies to benefit from tax-efficient strategies and maximize profit. But this, of course, means that major governments are missing out on tax revenue, and they are trying to rectify this.

First of all, it should be noted that the definition of "offshore" under draft law will be different to the traditional. The government is currently working on a list of countries with favourable tax regimes they will consider to be in the "offshore zone." We await the release of this list with much interest; it should come in the next few weeks.

Russia is also extending its reach to include not just companies, but any sort of offshore entity; this means trust companies and private wealth will not escape the long arm of Russian tax law.

Foreign investors may so far be thinking they've escaped; unfortunately, you won't. Any joint venture established with Russian partners will also be looked at — and the threshold for ownership is low. Entities or Russian individuals which are recognised as Russian tax residents with more than 10 percent of interest in controlled foreign corporations will be affected by de-offshorization. Ten percent is not a lot — in international practice a company is recognized as controlled if a resident owns 50 percent or more — especially when you consider trusts, portfolios and other non-business entities come under fire as well.

There is some good news: if controlled foreign corporations distribute profits back to Russia through dividends, the dividends are taxed — at the rate of 9 percent or if funds are distributed from the non-offshore countries, then zero tax applies — and so won't be affected by this law. On the other hand, if you don't distribute profits by dividends, the rates being discussed under de-offshorization are a 20 percent flat rate for Russian corporates and 13 percent for individuals. It's all designed to encourage entities to set up in Russia itself.

We expect to see the list of "offshore zones" to which draft law will apply sometime in May, but it is possible the Russian parliament will not see the list before being required to vote on the law. Intention is to adopt the law by July, and for it to take effect in the new financial year. However, there are a lot of questions — and not many answers. At first sight, it looks like de-offshorization will create additional burdens (like reporting) for Russian businesses, but full details of the intended law are still not available.