Contribute Today
By Alexander Popov
May 26, 2014 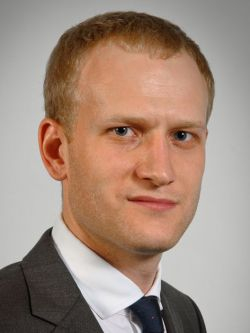 Russian legislation in the M&A sector is actively developing. Two main M&A trends can be highlighted which may often not be mutually compatible. On the one hand, any legislator aims at facilitating M&A activity by way of setting a transparent legal environment and simplifying legal requirements. On the other hand, the rights and interests of all a company's stakeholders (shareholders, employees, creditors etc.) need to be taken into consideration and protected.

A persistent problem is to balance the interests of the acquirer and stakeholders, primarily minority shareholders. The Russian legislature achieves this goal with varying success. A good example is the regulation of takeovers in Russia.

Legislation on takeovers was introduced in 2006, and it is more or less effective. At the heart of the developments was the "mandatory offer rule', under which a person acquiring more than 30 per cent of shares in an open joint-stock company must make a 'mandatory' offer to buy out the shares of the rest of the shareholders. The introduction of the mandatory offer rule generally received a warm welcome in Russia since this rule allows investors to "exit" the company if they believe that their investments in the company in question will suffer an adverse impact from a change of control.

The Russian legislature made provision for another benefit of indirect acquisitions, when a buyer is seeking to gain control over an open joint-stock company. Arguably, the Russian mandatory offer rule does not cover indirect takeovers. In other words, if an acquirer takes control over the holding company of a Russian joint-stock company, the acquirer is not obliged to make a mandatory offer to the rest of shareholders of the ultimate Russian target company.

Rosneft's recent acquisition of TNK-BP amply illustrated how inefficient the Russian mandatory offer rule actually is. The transaction was structured as a classic indirect acquisition of control and the acquirer did not make a mandatory offer to the shareholders of the Russian open joint-stock companies over which TNK-BP group's holding company directly or indirectly had control. Several shareholders sought a court order to compel Rosneft to buy out their shares, but they did not succeed.

The issue of indirect acquisitions is obvious and it is addressed in other areas of Russian law: antimonopoly, foreign strategic investments etc. Admittedly, it may appear to be rather complex to regulate this issue effectively in the context of takeovers.

Recently, the Russian Government continued the trend of protecting minority shareholders by putting a bill before Parliament. The bill aims, among other things, to resolve the issue of indirect takeovers. If amended the mandatory offer rule would cover not only direct takeovers, but also indirect acquisitions.

However, the Russian Government's good intentions may create unforeseen problems, and this can again be illustrated by the Rosneft — TNK-BP deal. At the time of the acquisition, TNK-BP's holding company had control over more than ten open joint-stock companies. Consequently, if the amendments currently proposed by the Russian Government had been in place at the time of the acquisition, Rosneft would have had to make more than ten offers to buy minority shareholdings in those Russian companies. Moreover, the acquirer has to hire independent appraisers to set a fair market value of the target shares, must have a bank guarantees issued covering its payment obligations etc. All this takes a lot of time and money and so does not encourage M&A activity.

All European Union Member States have addressed the issue of indirect takeovers in one way or another. For example, UK legislators enacted the "materiality" test. The acquirer is obliged to make an offer to the shareholders of a subsidiary if the holding company's interest in shares in the subsidiary is significant in relation to the holding company. In assessing this, the local regulator takes into account a number of factors, including the assets and profits of the respective companies. Relative values of 50% or more will normally be regarded as material.

The European approach to regulating indirect takeovers more successfully offers a credible balance of the interests of shareholders and acquirer. The Russian legislature should consider European experience before changing the legal environment.