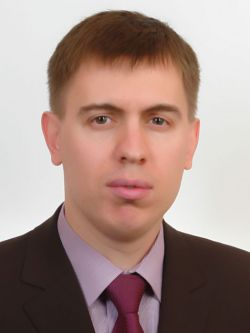 Russia has continually been working to improve the functioning of its judicial system and the administration of justice for more than two decades. The active reforms began with a decree by the Russian president creating the judiciary as a branch of the state, separate from the legislature and the executive, and these reforms have yet to be completed. In fact, we are now seeing a new level of reform, in which the Supreme Arbitration Court of the Russian Federation will cease to exist and its powers will pass to the newly formed Supreme Court of Russia.

The new Supreme Court will thus be the highest judicial instance for both courts of general jurisdiction and the commercial courts. At the same time, the existing commercial courts system, which handles economic disputes, will continue operating in the same way under the Supreme Court, so the merger of the two branches of the judiciary will only affect its highest level. On the whole, this is a logical move, given the single legal base applied by the state courts.

The Constitutional amendments necessary to combine the two supreme courts were made in February 2014. A six-month transitional period was provided for, during which the Supreme Arbitration Court will be wound down and the matters within its competence will be transferred to the Supreme Court of the Russian Federation. As a consequence, the Supreme Arbitration Court of the Russian Federation is now in its final days, which is sure to impact its activities.

The Supreme Arbitration Court has noticeably stepped up the issuance of rulings containing binding guidance for lower courts since its closing was announced. While only 10 new Plenum rulings were issued on various matters during the whole of 2012, there were more than 15 important rulings in the second half of 2013 alone. They include important guidance on matters relating to challenging transactions during bankruptcy, reimbursement of losses by persons serving on the governing bodies of legal entities, application of tax and customs law, procedural matters, etc.

The Supreme Arbitration Court has also issued fairly comprehensive information letters dealing with the consideration of cases involving foreign persons, and challenging transactions. In 2014, the Supreme Arbitration Court has issued significant rulings and information letters on leasing, the freedom of contract and its limits, clarifications on disputes relating to declaring agreements unconcluded, and matters relating to awarding monetary funds to a claimant for failure to comply with a judgment. A number of other important documents are under discussion, for example, with respect to the consequences of terminating an agreement and carrying out forensic examinations.

Some of the documents referred to above have introduced new rules to the Russian legal system, effectively introducing new regulations not included in legislation. One example is the draft Plenum Ruling on Certain Matters Relating to the Awarding of Funds to A Claimant for Failure to Comply with a Judgment, which has been adopted but is not yet published.

This ruling stipulates, for example, that a court granting an application to recover funds shall award the claimant interests thereon for the entire period from the entry into effect of the judgment until the debt is actually discharged. This wording is imperative, that is, independent of whether the claimant makes the respective claims.

It is also stipulated that for the purpose of encouraging prompt compliance with judgments for non-monetary claims and compensation pending performance, the commercial court has the right to award the claimant monetary funds in the event of a failure to comply with the judgment, "the amount of which shall be determined by the court on the basis of fairness, commensurateness, and the impermissibility of deriving benefits from unlawful or bad faith behavior."

While efforts to provide claimants with additional remedies and protections deserve all support, the method chosen is somewhat questionable, with what is effectively new legislation presented in the form of guidance on the application of laws. In terms of Russian law, any form of liability or penalty must have a clear basis in law, which in this case is extremely debatable.

For example, the penalty for late compliance with a court judgment in the form of an enforcement fee paid into the budget is expressly provided for in the legislation on enforcement proceedings. However, substantive law does not provide any express rules that might form the basis for awarding a claimant compensation for waiting for enforcement. Likewise, there is no such provision in the Russian Federation Arbitration Procedure Code. Chapter 11 "Court Fines" provides that they are only levied in the cases provided in the code.

At the same time, these fines are long overdue. It is hard to maintain respect for the courts when the maximum fine a court can impose on a citizen, for example, for refusal to present evidence demanded by the court, and other cases, is 2,500 rubles — less than a Moscow parking ticket. Notably, the express rule in the Arbitration Procedure Code providing that awarded amounts must be indexed is not widely applied due to a restrictive interpretation by the courts.

It would hardly be an exaggeration to say that, at this stage, the Supreme Arbitration Court has supplanted legislators and is making law through extensive interpretation and by issuing guidelines. At the same time, although the proposed regulations may be beneficial to the development of law and the protection of a claimant's interests, the form chosen is questionable. It is also somewhat strange to see a significant increase in such activities in the current context, as the question of whether the Supreme Court of Russia will continue to support the solutions offered after the liquidation of the Supreme Arbitration Court remains open.