New generations of U.S. citizens are growing up in Russia. They do not, as a rule, speak fluent English. They have generally never lived in the U.S. In fact, they may have never even entered the country of their birth since they crossed the border in their mothers' wombs.

They are the result of birth tourism, a growing trend among Russians keen both to ensure their child has coveted U.S. citizenship and to make use of the country's vaunted private medical care.

While going abroad to give birth may be de rigueur among Russia's mega-rich and famous — billionaire Roman Abramovich's two children with partner Darya Zhukova were both born in the U.S. — it is far from the preserve of the country's elite.

Moscow Times editor Shura Collinson discusses her story about the growing trend of Russian women traveling to the United States to give birth.

"If previously, our clients were mostly very wealthy families, today the middle class is actively making use of our services," said Vera Muzyka, head of Status-Med, one of the companies that exists to help Russian moms-to-be give birth to little Americans.

"The number of women from Russia and the CIS giving birth in the U.S. is growing every year," she said. "Overall, we estimate there are about 40 to 60 such births in Miami every month."

Miami is the most popular destination for Russian birth tourists due to its year-round good weather, warm ocean current and range of reputable hospitals with lower prices than New York and California, according to Muzyka.

One of the main attractions of a U.S. passport for Russians is that it bypasses the visa requirements that they are subject to when visiting many countries. With a U.S. passport, the child will be able to study and work in the U.S.

"Everyone realizes that U.S. citizenship gives a child great opportunities in the long run," said Muzyka.

Nina, who asked to be identified only by her first name in order to protect the identity of her and her family, traveled to Louisiana from her home in St. Petersburg in 2002 to give birth to her daughter.

"Mostly, people do it to get the passport," she said, though she said that the level of maternity services in Russia had also been a major factor in her and her husband's decision.

"My daughter avoids visa problems, and ultimately she has the chance to leave [Russia], but right now it is about solving visa issues," she said.

Getting a U.S. passport is not the only factor, however. Some Russians — both first-time moms and those who have already had children in Russia — are seeking an alternative to the Russian medical system.

"Back then, there were no Western-style clinics here — it was just state maternity wards, and things were not good," said Nina. "There of course things were much better."

"I was 26 years old and here I was classified as an 'older mother,'" she recalled. "They told me I was not in good health and made me stay in a hospital from about the fourth month of my pregnancy. As soon as we arrived in the U.S., they said everything was fine, it was such a relief. I was allowed to stay at home there."

"[In the U.S.], they treated me like a pregnant woman, not like an ill person," she said.

Alexandra Badanina, who gave birth to a son on March 20 in Miami, had already had firsthand experience of a Russian maternity hospital when she decided to combine an extended beach holiday — together with her husband and daughter — with the birth of her second child. A major factor, she said, was to try "a different level of medicine, as my first child was born in Russia and the birth was not the best experience."

Badanina, who is editor-in-chief of Cosmopolitan magazine, which is part of The Moscow Times' parent company Sanoma Independent Media, had her first child in 2004 in the Moscow suburb of Zelenograd. She said that back then, she was not told about any of the procedures administered to her, or about the risks associated with them.

"As if I were just a lump of meat," she said, speaking from Miami.

"I was 22, but I looked about 15," and the medical staff treated her like a teenage delinquent, she said.

"When I asked one of the midwives — who were not even there most of the time — to at least hold my hand, she replied: 'What, you don't know how to give birth? But you knew how to spread your legs, didn't you! Now you must bear it.'"

After the birth, she said she was kept in the hospital for nearly a week, allowed to wear nothing but a bloodstained hospital gown.

"No one was allowed to visit, and people passed packages to us through the window — it was absolutely ridiculous," she said.

Both Nina and Badanina said they were not disappointed by their U.S. experiences. For Badanina, the contrast with the birth of her first child in Russia could not have been greater.

The birth in Miami was complicated, she said, and after several hours in labor the decision was taken to perform a cesarean section.

"In Russia it takes a long time to recover from this operation," she said. "Here we were discharged two days after the operation as clear progress was being made."

Badanina said this time around, all the procedures being undertaken were explained to her, and her husband was with her for the duration of the birth, including the operation.

"From the first second of his life, the baby saw his dad, and his dad knows what I went through, what it is to cut the umbilical cord and so on. That is extremely important," she said. 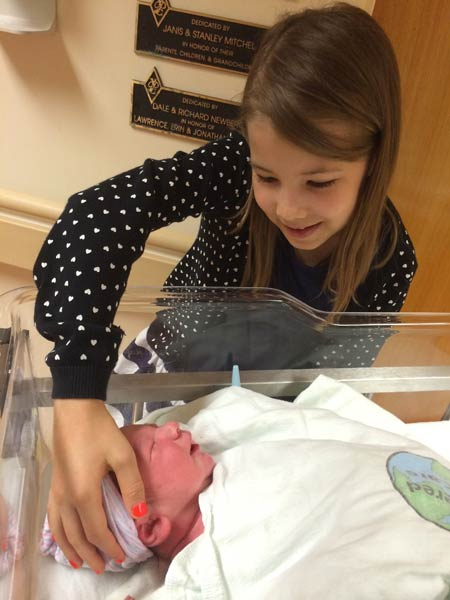 While natal tourism may be gaining in popularity, it remains an unimaginable luxury for most Russians. The average cost of going to Miami to give birth is $40,000 to $50,000, including flights, accommodation and medical costs, though if clients "tighten their belts," fly economy class and rent cheaper accommodation, it can all be done for $20,000, Muzyka said.

"Overall, giving birth in the U.S. is not a cheap pleasure," said Badanina, who plans to be in Miami for a total of about three months. She estimated most women end up paying $8,000 to $11,000 for medical services — including checkups before and after the birth — if they give birth naturally and without complications.

"That is comparable to the cost of giving birth in a private ward in Russia," she said.

Nina, who was in the U.S. for about four months, said the trip had cost about $15,000, including medical services.

Bumps at the Border

There is widespread concern among women hoping to welcome a U.S. citizen into their family that they may be refused a visa, and some, like Nina, do not mention it as the purpose of their visit. She was not questioned about it upon her arrival, she said, as her pregnancy was not very noticeable.

Despite the common anxiety over getting a visa, the official position of the U.S. Embassy in Moscow is that medical tourism, including giving birth in the U.S., is not illegal.

"However, applicants must demonstrate an ability to fund the medical expenses in addition to qualifying generally for a U.S. visa," a U.S. Embassy spokesperson said in e-mailed comments.

"We encourage women to be honest in their visa applications about their intent to give birth in the U.S.," the spokesperson said.

Badanina said none of her family had had any problems obtaining a B1/B2 general visitor visa.

"They asked us several questions quite sternly [at the border], we answered them all honestly, showed our medical papers [for appointments with the gynecologist] and were allowed through," she said.

While a U.S. birth may be a luxury for most, it is not a trend that shows any sign of fading away any time soon.

Twelve years after the birth of her daughter, Nina said that with the advent of private medical clinics, there was perhaps no point now in going abroad for better service, but said the issue of getting a U.S. passport for the child remained "appealing."

Badanina was less optimistic about the state of Russian maternity hospitals.

"In Russia, almost nothing has changed in the last 10 years," she said.

"I am in constant contact with pregnant women and new mothers: There is the same attitude, the same suggestion of prostitution, the rudeness, no blinds in the toilet windows, no visitors and so on."