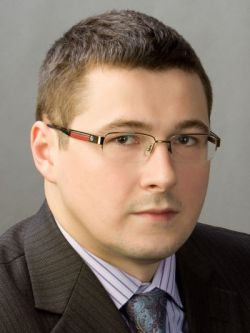 Thomas Jefferson said "the whole art of government consists in the art of being honest." This idea is still relevant in today's world and is entirely applicable to the running of a business. Business administration consists of many aspects, so it is not possible to set down in law an exhaustive list of duties for breach of which managers may be held liable.

Various countries may have different definitions of business administration, but a common approach in all systems is to describe only general principles and requirements. In common law jurisdictions, directors owe companies and shareholders a duty of care and loyalty. In Germany, they have a duty to act diligently and to be loyal; in France — not to act in their own interests. These duties are usually called 'fiduciary duties', and essentially mean acting in the interests of the company that they run.

Russian legislation also contains provisions on fiduciary duties of directors. According to Art. 53 of the Russian Civil Code — adopted in 1994 — a director must act in the company's interests in good faith and reasonably. If a director fails to do so, he or she must compensate the losses caused to the company by such a breach. The same rule may be found in the corporate legislation, specifically Art. 44 of the Federal Law On Limited Liability Companies and Art. 71 of the Federal Law On Joint-Stock Companies.

However, until recently, implementation of these rules has been ineffective. Russian courts have been unable to distinguish when a company's losses have been caused due to poor business decisions and when they arose because a director has acted in his/her own interests or negligently due to lack of professionalism, not following typical risk assessment procedures etc.

The situation began to change with the Kirovsky Plant case (Decree of the Russian Supreme Commercial Court (the "VAS") No. 12505/11 dated March 6, 2012). A shareholder of OJSC Kirovsky Plant filed a claim against one of the company's directors, seeking damages of 580 million rubles (about $16 million). It was alleged that the director had established a subsidiary of the company and transferred assets to it worth about 580 million rubles as a charter capital contribution. The subsidiary then bought shares of a third company at an inflated price, the amount of which was the same as the amount sought under the claim.

In this case the Presidium of the VAS set out guidance to be followed in understanding fiduciary duties and clarified that in situations where there is any suspicion that a director may have acted in his/her own interests, it is the director who bears the burden of proving that he/she acted in good faith.

In Decree of the Plenum of the VAS No. 62 of July 30, 2013 On Certain Issues of the Compensation of Losses by Management of a Legal Entity, a systemic approach was set down with respect to the liability of directors and the recovery of damages. The main provisions of this decree are as follows:

• a director cannot be held liable if his/her actions did not go beyond the scope of ordinary business risk;

• good faith and reasonableness on the part of a director means that he/she took all necessary and sufficient steps to reach the company's goals;

• it is presumed that a director has not acted in good faith if he/she was aware or ought to have been aware that his/her actions were at odds with the company's interests (for instance, if he/she entered into a transaction under conditions that were obviously disadvantageous or with a counter party who was obviously unable to fulfill their obligations);

• it is presumed that a director has acted unreasonably if he/she acted without the necessary information and did not take steps to obtain the such information considered necessary in customary business practice.

The Presidium of the VAS later considered two other cases which touched upon some important issues.

In the other case, involving the bankruptcy administrator S.G. Garipova (Ruling No. VAS-10481/13 of October 7, 2013), the VAS considered a situation where the administrator had paid taxes when it had not been clear whether or not the taxes needed to be paid. A bank [pledge holder] sued the bankruptcy administrator, as she had paid VAT (about 4.3 million rubles) upon disposal of the pledged property, and as a result the bank did not receive the full amount of money it was due from the pledge. In its ruling, the VAS clarified that in such situations bankruptcy managers should not pay VAT. However in this particular case it was decided that the manager had acted in a situation of ambiguity and that therefore she was not culpable — culpability being a necessary element of liability.

So as can be seen from the above, current case law includes detailed regulation and approaches enabling the courts to assess whether managers' behavior is lawful or not. Directors may be held liable if they knowingly act other than in a company's interests or fail to take steps to obtain the relevant information and avoid losses where such steps are customarily taken in business practice.

Accordingly, when making various business decisions, directors should disclose any information that may suggest a director has a personal interest, no matter how insignificant, and should prepare documents demonstrating that all steps necessary to avoid losses have been taken — obtaining valuation reports, legal opinions, clearance by internal security and other business units, etc.