WASHINGTON — CIA officials had rave reviews for Boris Pasternak's classic Russian novel "Doctor Zhivago" — not for its literary merit but as a propaganda weapon in the Cold War.

The U.S. intelligence agency saw the book as a challenge to communism and a way to make Soviet citizens question why their government was suppressing one of their greatest writers, according to newly declassified CIA documents that detail the agency's involvement in the book's printing, the Washington Post reported Sunday. 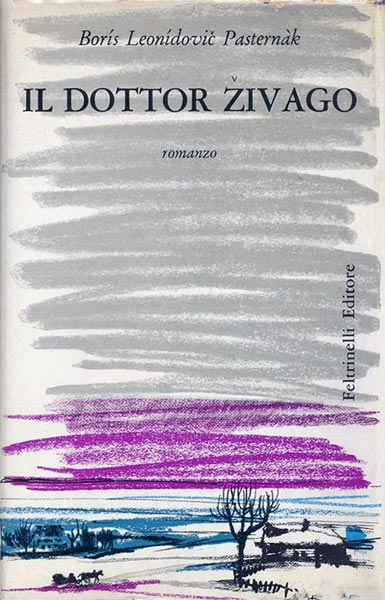 The cover of “Doctor Zhivago”

The Soviet government had banned the novel, and British intelligence first recognized its propaganda value in 1958, sending the CIA two rolls of film of its pages and suggesting it be spread through the Soviet Union and Eastern Europe.

Moscow was both angered and embarrassed by the eventual success of the novel and of David Lean's lavish 1965 movie version, which won five Academy Awards and was nominated for best picture.

Pasternak's romantic epic chronicles the life of Yury Zhivago, a physician and poet, and his love for two women through decades of revolutions, wars, civil war and communist oppression. "Doctor Zhivago" had a religious, mystical tone and its main character did not hew to official Marxist ideology.

Russian critics denounced Pasternak as a traitor and the Soviet publishing industry would not touch it, but an Italian literary scout took a copy of the manuscript out of the Soviet Union and an Italian company published it in 1957.

Shortly afterwards, the CIA became involved, according to recently declassified memos obtained by authors Peter Finn and Petra Couvee in their research for the book "The Zhivago Affair: The Kremlin, the CIA and the Battle Over a Forbidden Book," which will be released in June.

The Post's story was an adaptation of the Finn-Couvee book.

One of the CIA memos said "Dr. Zhivago" had high propaganda value "not only for its intrinsic message and thought-provoking nature, but also for the circumstances of its publication."

"We have the opportunity to make Soviet citizens wonder what is wrong with their government, when a fine literary work by the man acknowledged to be the greatest living Russian writer is not even available in his own country in his own language for his own people to read," the memo said.

The CIA decided to have it published in foreign languages for free distribution as a way to undermine the Soviet Union. 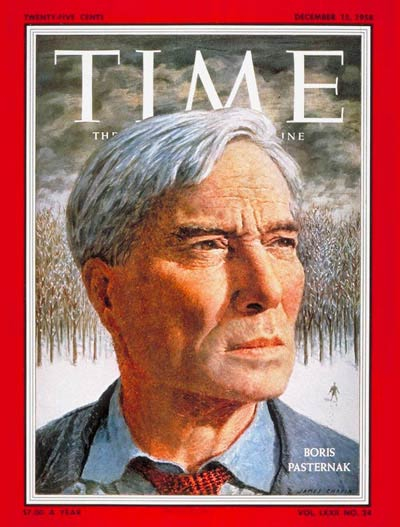 Pasternak picture in Time in 1958.

"Pasternak's humanistic message — that every person is entitled to a private life and deserves respect as a human being, irrespective of the extent of his political loyalty or contribution to the state — poses a fundamental challenge to the Soviet ethic of sacrifice of the individual to the communist system," John Maury, chief of the agency's Soviet Russia Division, said in a memo, according to the Post.

The CIA wanted to conceal the U.S. role in disseminating "Doctor Zhivago," so it brought in a Dutch publishing house to print Russian-language versions — even though the Italian publisher still held the rights to the book.

The books were distributed across Europe with the primary target being the 1958 Brussels Universal and International Exposition because Moscow had issued visas for 16,000 Soviet citizens to attend.

The CIA did not want the U.S. pavilion at the exposition to distribute the 365 copies of the book so they were discreetly handed to Soviet citizens visiting the Vatican's pavilion.

The books circulated widely among Soviet visitors to the exposition and a CIA memo proclaimed the move a success.

Later the CIA engineered the publication of a miniature edition of the novel — small enough to fit into a pocket and sometimes split into two volumes to make it easier to conceal. Many of those mini-books were distributed to young Soviets and Eastern Europeans at a youth conference in Vienna in 1959.

Pasternak, who was also a leading poet, won the Nobel Prize for Literature in 1958 and the English-language version of "Doctor Zhivago" spent six months atop the New York Times best-seller list in 1958 and 1959.

Pasternak stayed in Russia up to his death in 1960 at the age of 70 after suffering from heart problems and lung cancer.