On the surface, President Vladimir Putin’s swift annexation of Crimea was a rousing success. Russian forces easily seized the region, and Putin saw his already high approval rating soar above 70 percent. Many Russians are applauding Putin as a hero who stood up to the West, defended Russians’ rights and rectified a historical injustice.

But rallying around the flag after a seemingly successful military operation is nothing new. Even U.S. President George W. Bush’s ratings shot up to nearly 70 percent immediately after the Iraqi invasion in 2003. Following the initial euphoria, however, ­Putin’s popularity will likely dip as quickly as it rose, just like with Bush. When Russians see that the high economic costs of the Crimea annexation outweigh the benefits, Putin’s victory will surely turn hollow.

One inherent problem was the haste with which the “Annex Crimea” operation was executed. Once Viktor Yanukovych was stripped of presidential powers by the Ukrainian parliament on Feb. 22, Putin had to move quickly to take advantage of the power vacuum. But in his eagerness to grab Crimea, Putin overlooked — or at the very least dismissed — the consequences of his actions.

Here are four reasons why the Crimean annexation will backfire against Putin.

1. Ukraine will become a member of NATO.

During George W. Bush’s presidency, the U.S. flirted with the idea of NATO membership for Ukraine, but at the end of the day Bush understood how much Ukraine meant to Russia and backed off. Bush understood that unlike the Baltic states, which joined NATO in 2004, Ukraine was a firm “red line” for Putin. He knew that Putin would never tolerate the notion that Russia’s Black Sea naval base, which Russia had rented from Ukraine since the Soviet collapse, could be liquidated and turned into a NATO beachhead.

President Barack Obama understood even better than Bush that NATO membership for Ukraine was not worth a major conflict with Russia. Thus, the topic was completely off the table during his presidency.

Had Russia not annexed Crimea, NATO membership for Ukraine would have remained a non-­issue. Now, however, the West has a compelling reason to protect an ally against possible future Russian expansion by extending its collective security framework to include Ukraine. Georgia and Moldova are sure to follow.

As a result, one of the things that Putin feared the most — Ukraine becoming a NATO member — will now certainly materialize. In the end, the Kremlin only has itself to blame for reviving NATO. Russia’s military aggression in Crimea has transformed NATO from a stagnant, bureaucracy-bloated organization that lacked a mission into an indispensable defense bloc with a clear objective.

2. Russia will be placed in the category of rogue states.

Thirteen of the 15 members of the United Nations Security Council voted in favor of a March 15 resolution proclaiming that the Crimean referendum was invalid. Only Russia voted against, with China abstaining. This was followed on Thursday by a UN General Assembly vote 100:11 for a resolution calling Russia’s annexation illegal. Among the 11 countries lending support to Russia were North Korea, Syria, Cuba, Sudan, Zimbabwe and Belarus.

The Kremlin could spin its standard line that most countries are out to get Russia and that they oppose the Crimean annexation only because they are Russophobic and want to keep Russia weak. This state propaganda might work for a limited period, but even the most patriotic Russians at some point will ask themselves: “How can it be that nearly the entire whole world is wrong and only Russia is correct?”

In the end, ordinary Russians will start feeling uncomfortable being placed in the same category as North Korea, Sudan, Zimbabwe or Syria. After all, even Putin’s most loyal electorate are concerned about Russia’s global reputation and would like the country to be rated somewhat higher than “rogue state.”

3. Russia has killed any chance of restoring its lost empire.

Adding Crimea, the former “pearl of the Russian Empire,” may be a nice addition for Russian revanchists, but it is far from creating a new empire. Russia needs all of Ukraine to do that — something former U.S. White House national security adviser Zbigniew Brzezinski has been saying since the Soviet collapse.

In addition, Putin killed any chance of forming the Eurasian Union, which was an attempt to recreate a loose, truncated version of the Soviet Union consisting of several former Soviet republics. Without Ukraine, the Eurasian Union is meaningless.

4. Western sanctions and global isolation will push Russia into an economic crisis.

Even before the annexation, Russia was headed toward recession, with its economy growing only 1.3 percent in 2013. Now, as a result of Western sanctions and global isolation, Russia will likely experience far more serious economic problems. Alexei Kudrin, former finance minister and a member of the president’s economic council, said sanctions could cost Russia about $200 billion this year in capital flight alone. On Wednesday, the World Bank said Russia’s economy will likely contract by 1.8 percent this year.

Russia’s credit rating has already been lowered, increasing borrowing costs significantly. In addition, the government faces an imminent budget deficit with the likelihood that oil prices will drop, particularly when Iran re-enters the oil export market next month. The cost of supporting Crimea, estimated at $5 billion a year, will put even more strain on the federal budget. While the U.S. can issue virtually unlimited amounts of Treasury bonds to fund its budget deficit, Russia, which S&P downgraded to “negative” last week, does not have this luxury. The government will be forced to cut expenditures, which will particularly hurt the middle class and poor. 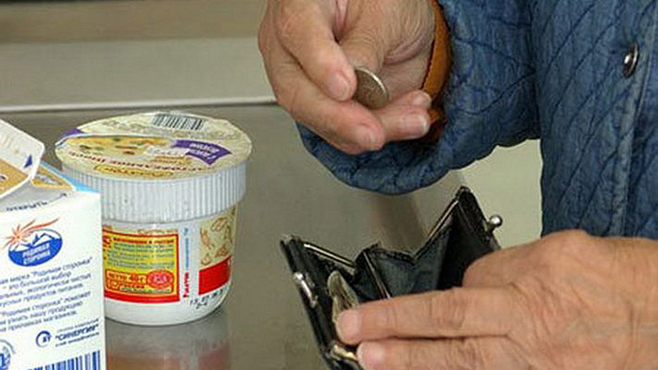 To make matters worse, consumer prices will rise if the ruble devaluates further, which is likely amid sanctions, capital flight and investors’ worsening outlook on Russia. State-controlled television will try to blame the U.S. for its economic problems, but few Russians will believe that a U.S. conspiracy is behind their devalued salaries and the higher prices they have to pay for food, clothing and utilities.

If Ukraine and Georgia join NATO, Russia’s economic problems would only worsen. The Kremlin would say the enemy is at Russia’s gates ­— some Russian leaders sincerely believe this — and hike defense spending, already the world’s third-largest.

Once again, Russia would have to choose between guns and butter. Higher defense spending would mean an even larger budget deficit and cuts to health care, education, pensions, infrastructure projects and salaries for government employees. Notably, it was precisely the excessive military buildup, particularly in the 1980s, that bankrupted the Soviet Union and played a large role in its collapse in 1991.

Most important, a prolonged and severe economic crisis in Russia could be the one powerful boost that the opposition movement needs to bring angry crowds out into the streets in protest. The 2011 election falsifications failed to spark prolonged protests, in part because many Russians viewed election fraud with a large dose of indifference; after all, the government has always manipulated elections. But people are unlikely to sit idly if they lose their jobs or have difficulty putting food on the table.

One of the reasons Putin initially intervened in Ukraine and supported Yanukovych was to help stamp out the Maidan protests in Kiev — and to prevent similar protests from spreading to Russia. But by intervening militarily in Crimea — and provoking the West to respond with sanctions and a global isolation campaign, something Putin should have foreseen — Putin set in motion a chain of events that will likely spark Maidan-like protests across Russia.

Putin may have won Crimea, but he lost all of Ukraine. The Crimean land grab was penny-wise and pound-foolish. Sooner or later, Putin will pay dearly for this foolish mistake.


The views expressed in opinion pieces do not necessarily reflect the position of The Moscow Times.